Shadowfax is part of an awesome development at Werribee Park, a mere 20 minutes from Melbourne. The truly striking winery, designed by Wood Marsh Architects and built in 2000, is adjacent to the extraordinary private home built in the 1880s by the Chirnside family and known as The Mansion. It was then the centrepiece of a 40 000ha pastoral empire, and the appropriately magnificent gardens were part of the reason for the property being acquired by Parks Victoria in the early 1970s. The Mansion is now The Mansion Hotel, with 92 rooms and suites. The 10ha Werribee Minnow Vineyard (eight varieties including 5ha of shiraz) was planted in 1999; the Little Hampton Vineyard in 2003 with 5ha of close-planted pinot noir, 5ha of chardonnay and 1ha of pinot gris, is one of the highest vineyards in the Macedon Ranges. Exports to the UK, the US and China.

A boutique winery in the heart of Werribee Park, dedicated to producing quality, handcrafted wines that express the characteristics of the vineyards in which they were grown. Shadowfax’s wines have a strong focus on regionality with the majority of its fruit produced from its vineyards in the Macedon Ranges and Werribee, and other small growers in Geelong and the Pyrenees. Each and every vineyard has its own distinct characteristics and produces grapes of only the highest quality. Open every day from 11am, Shadowfax offers wine tastings, cellar door sales and delicious lunches including antipasti, cheese, pastas and wood fired pizzas. Live music is presented every Saturday and Sunday from 12pm - 3pm.

Shadowfax's full range of wines is available for tasting every day from 11am - 5pm. Group tastings by appointment.

Open every day from 11am - 5pm, Shadowfax presents a delicious lunch menu including a selection of antipasti, cheese and wood fired pizzas. Live music is presented every Saturday and Sunday from 12pm - 3pm.

Available next door at The Mansion Hotel & Spa

Selected retailers and restaurants around Australia 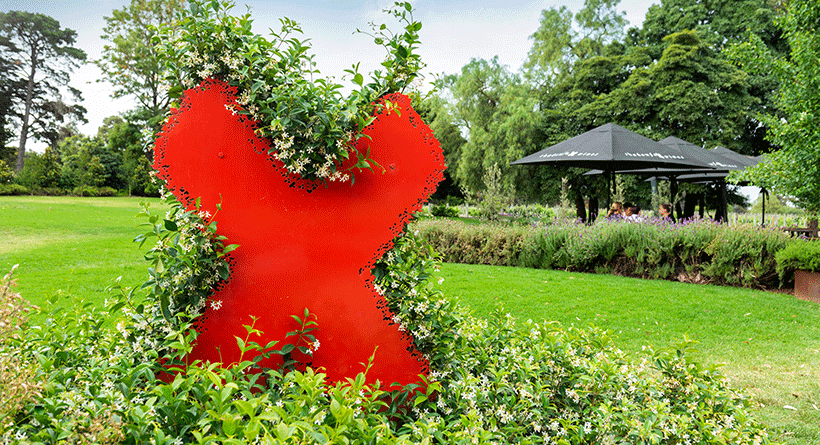 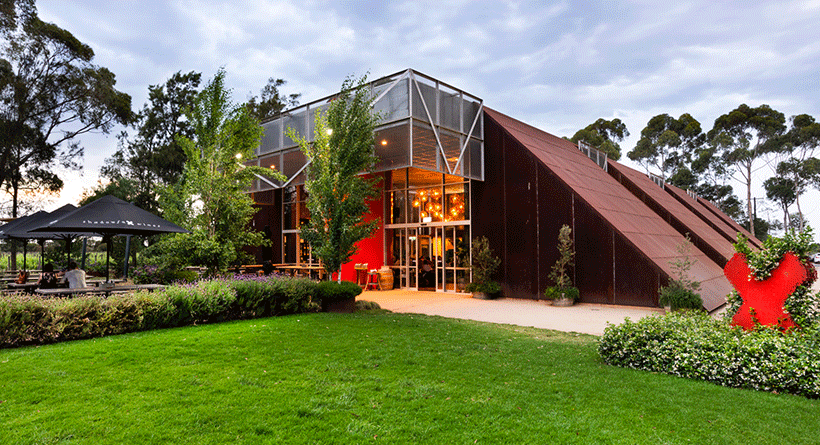 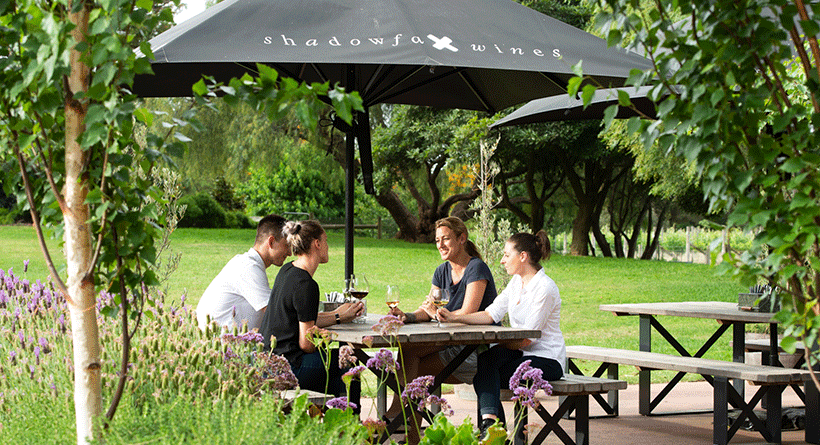 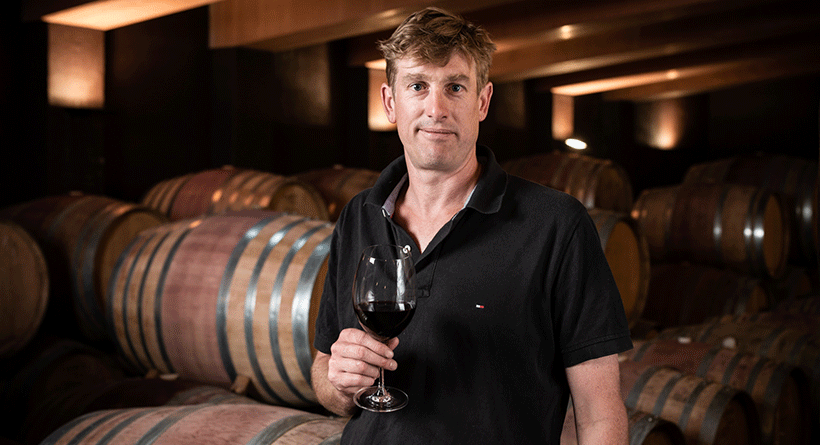 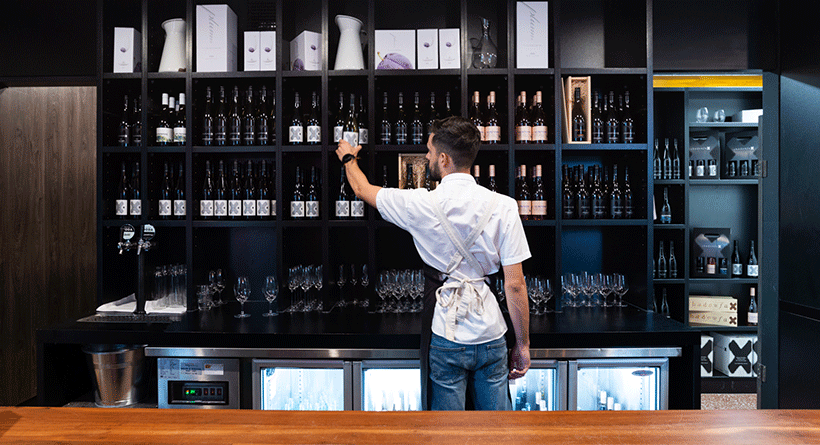 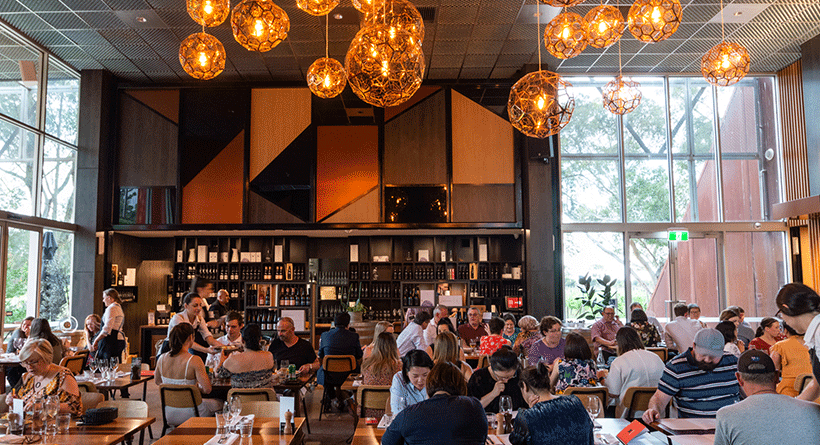 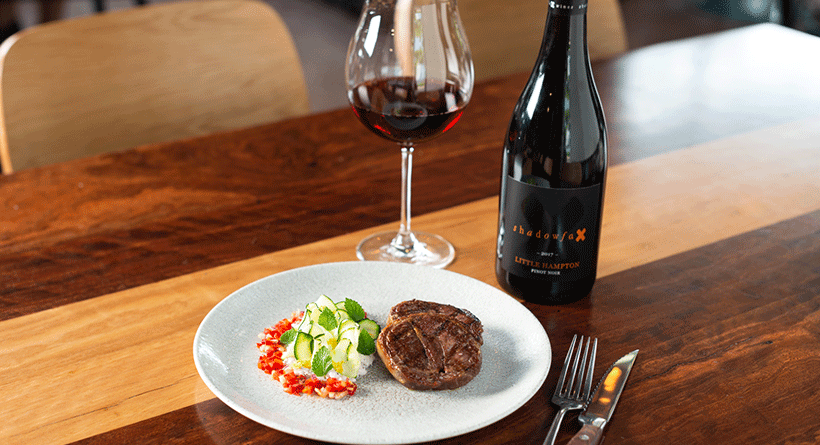 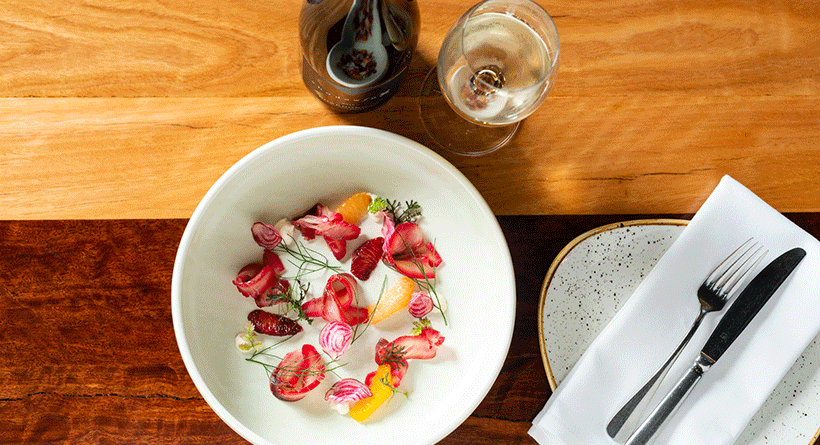 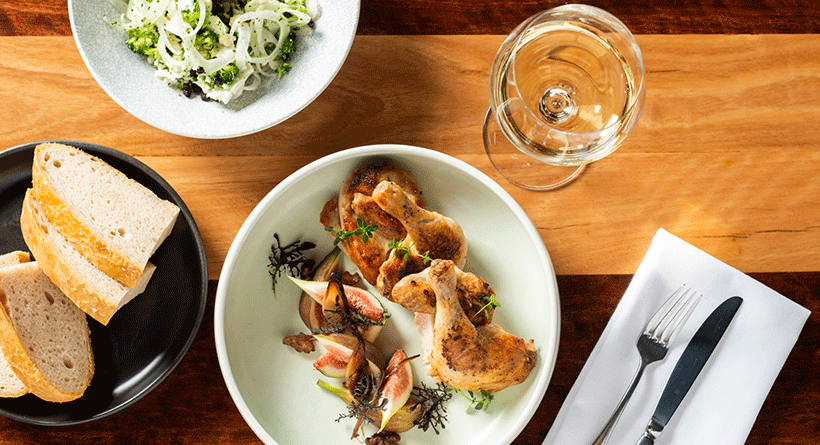 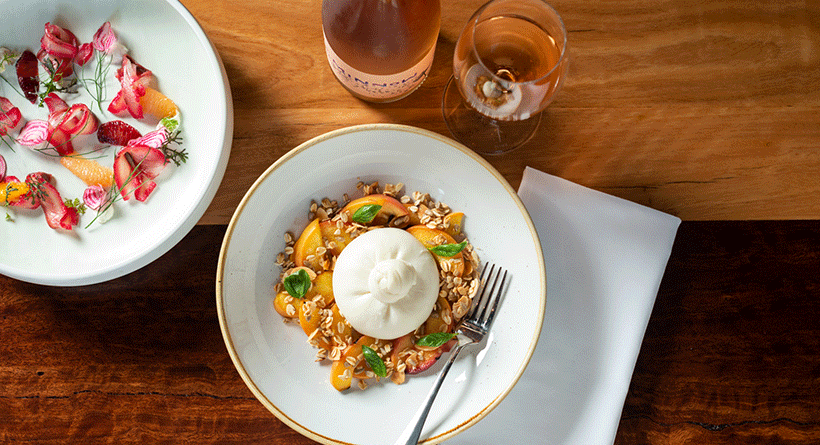 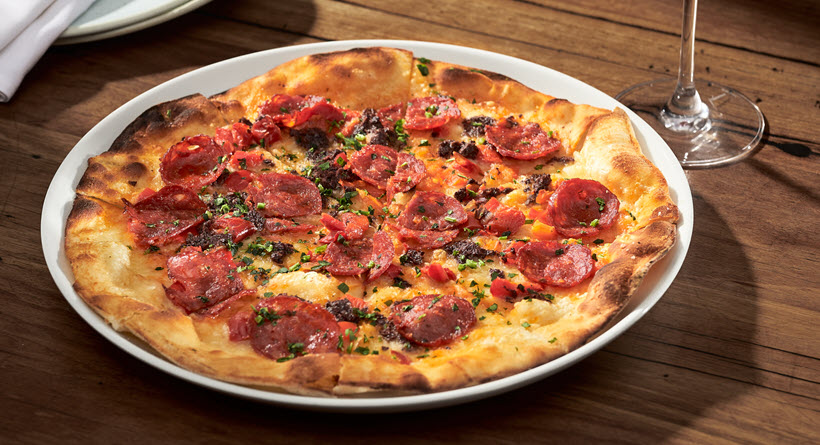 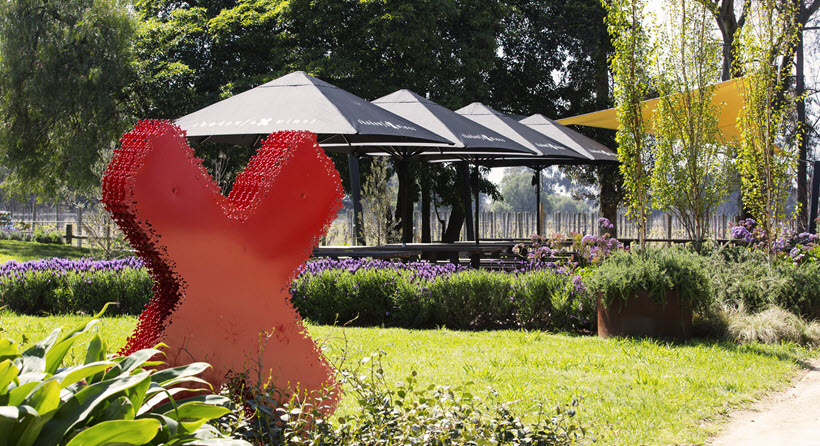 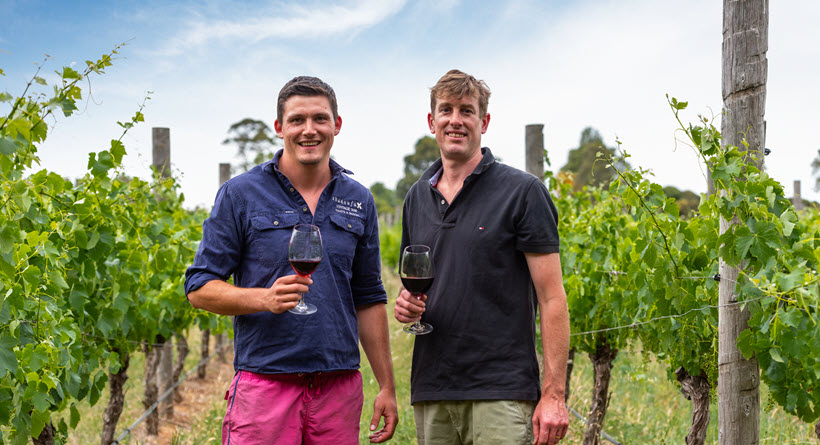 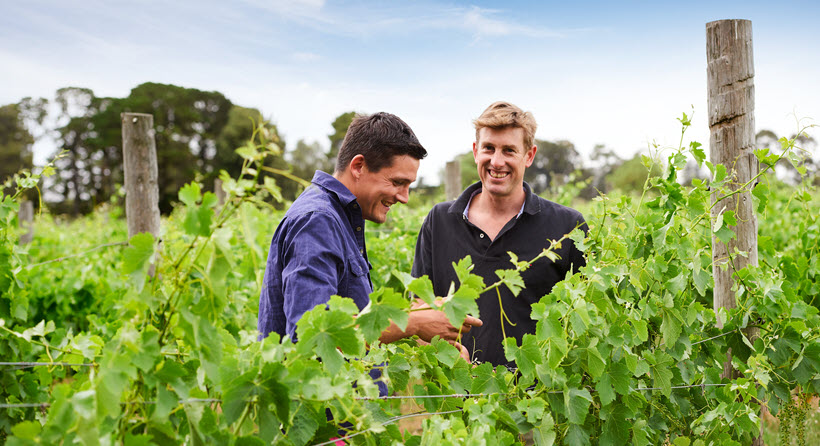 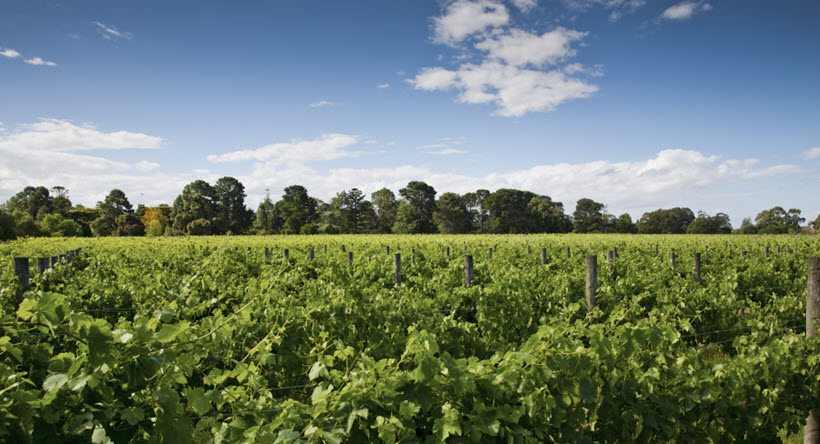 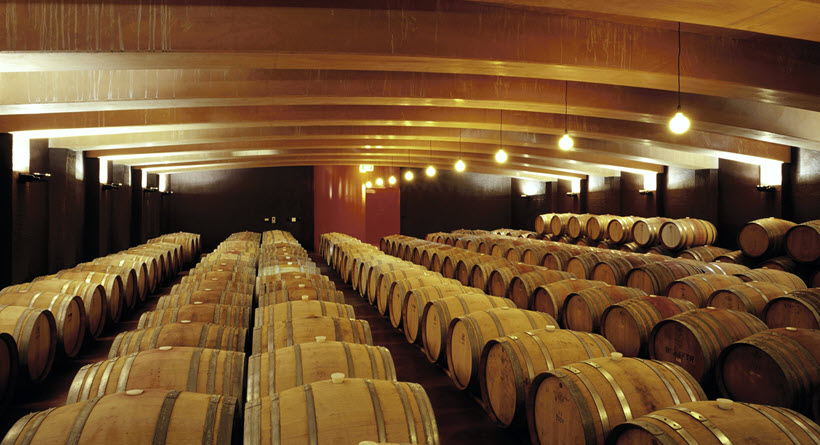