In addition to the great man himself, James Halliday, we have a small, dedicated team of tasters who each review a percentage of the wines in the Halliday Wine Companion guide. The wines they have tasted will be indicated by their initials at the close of notes across the site. There are also a number of writers and experts whose voices are regularly part of the conversation. Meet the team below.

About James Halliday AM


Respected wine critic and vigneron James Halliday AM has a career that spans almost 50 years, but he is most widely known for his witty and informative writing about wine.


As one of the founders of Brokenwood in the Hunter Valley and thereafter of Coldstream Hills in the Yarra Valley, James is an unmatched authority on every aspect of the wine industry, from the planting and pruning of vines through to the creation and marketing of the finished product. His winemaking has led him to sojourns in Bordeaux and Burgundy, and his wine judging to New Zealand, the UK, South Africa and sometimes the US. For more than 30 years, James was among the most senior and active wine judges in Australia, and he continues to support several of the country’s most recognised shows.


James has won a clutch of awards for his contributions, both at home and overseas. In 1995, James received the Australian wine industry's ultimate accolade, the Maurice O'Shea Award. In 2010 he was made of Member of the Order of Australia for his services to the wine industry. He has also collected numerous international coups, including two James Beard Awards.


James has written or contributed to nearly 80 books on wine since he began writing in 1970. His books have been translated into Japanese, French, German, Danish, Icelandic and Polish, and have been published in the United Kingdom and the United States, as well as in Australia. In addition to the annual companion, James is the author of Varietal Wines, James Halliday's Wine Atlas of Australia, The Australian Wine Encyclopedia and A Life in Wine. As well as his long-form writing, James has held a weekly wine column in major Australian newspapers since 1978, continuing today, and contributed to every issue of Halliday magazine.

Ned has worn many hats, including show judge, Dux of the Len Evans Tutorial, sommelier, educator, TV host, wine buyer, consultant, critic and writer. Born in London, raised in Australia, educated in France, Japan and now based in Sydney with continued business across Asia, his varied international experience brings a fresh perspective to the Halliday Wine Companion tasting team. 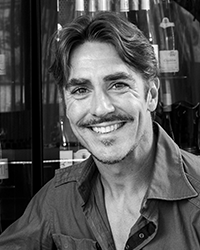 Jane is a respected journalist with more than 25 years’ experience. She has a special interest in Italian and alternative varieties, chairs several wine shows and is chief of judges for the Australian Alternative Varieties Wine Show. Aside from her love of wine, Jane is an avid traveller and zealous environmentalist.

Steven started out as a winemaker in the Yarra Valley in the 1970s. Over the next decade he worked in north-east Victoria, the Barossa Valley and Coonawarra in various production roles. Returning to Melbourne, he had a 20-odd year career with Dan Murphy’s as a taster, buyer and writer, retiring from there in 2012. He’s since returned to the Yarra Valley, where he consults to and writes for a number of wine businesses, as well as contributing to the Halliday guide. 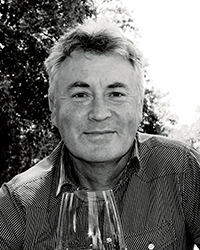 Campbell is an award-winning Australian journalist, author, editor and publisher. He has been a key reviewer for the Halliday Wine Companion guide over many years, is the publisher of The WINEFRONT website, and the author of The Big Red Wine Book and The Wine Hunter. 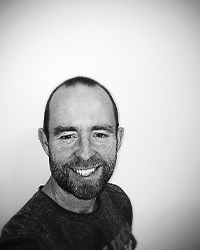 Jeni is a Melbourne-based wine writer and judge at wine shows across Australia and Europe. She was the longest-serving wine writer on The Age newspaper (30 years) and continues to write for most Australian wine magazines. She is deputy chair of the Wine List of the Year Awards for both Australia and China, and was a founding board member of the Australian Women In Wine Awards. In 2014 she was named Wine Communicator of the Year and a Legend of the Melbourne Food and Wine Festival, and in 2018 she was named Legend of the Vine by Wine Communicators of Australia (Vic).