A nest in the hills

It’s a three-and-a-half-hour drive from Sydney to Mudgee via the beautiful Blue Mountains, making this wine region an excellent destination for a weekend escape. Following a picturesque journey, you’ll arrive at the rolling countryside, historic townscape, and enticing drinking and dining of Mudgee in New South Wales.

James Halliday sums it up best when he says: “Both through the circumstances of relatively small-scale winemaking and the softly beautiful and intimate nature of much of the scenery, Mudgee has always seemed an especially friendly and welcoming place to visitors.” 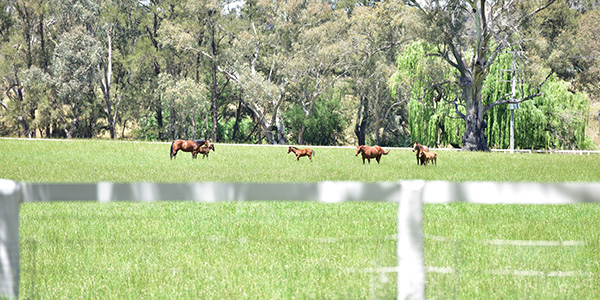 Mudgee comes from the Wiradjuri word ‘moothi’, meaning ‘nest in the hills’. This term refers to the topography of the region – a valley surrounded by gently rolling hills. Among this peaceful landscape, sweeping vistas, elegant restaurants, grand-old buildings, and a trove of top wineries await.

Mudgee is predominately red-wine country, with cabernet sauvignon, shiraz and merlot some of what you can expect, but there is also compelling riesling, quality chardonnay, and a smattering of Italian varieties. The vineyards vary across the undulating landscape – with some on higher altitude slopes and others near the valley floor – and location impacts style.

The history of wine in mudgee

Established in the mid-1800s, Mudgee is one of Australia’s oldest wine regions. James writes in his Wine Atlas of Australia that three German families were responsible for planting the first vines. By the end of the 19th century, there were 55 vineyards across the region. Unfortunately, economic hardship at the turn of the century saw this number dwindle, and the Mudgee wine industry didn’t pick up again until the 1960s. One of the first sites planted in the 1850s remains, though, and is now a part of the Oatley family’s Craigmoor.

Passionate producers making diverse wines drive the Mudgee of today. There are more than 60 wineries and 35 cellar doors in the district, ranging from multi-generational family businesses to those specialising in organic wine and Italian varieties.

The climate and winemaking conditions of mudgee

Cold winters, cool springs, warm, dry summers and autumns are typical of Mudgee. The colder weather early in the cycle means budburst happens later, and the elevation of between 450 and 600 metres helps to moderate heat during harvest. Frost and water availability are the main viticultural hurdles in the region. In general, the soils are free-draining sandy loams, but there are rockier types featuring quartz and sandstone that are highly sought-after. The long growing season with warm harvest conditions results in intensely flavoured and coloured wines of great character.

A variety of shiraz styles are made in Mudgee, from structured types with savoury flavours to easy-drinking examples with mouth-filling berries and spice. Blending shiraz with cabernet sauvignon or a touch of viognier is usual here.

High-quality, stone-fruited styles of chardonnay are characteristic of Mudgee. Wines from here cellar well and look especially good after a few years.

Thanks to higher elevation sites, this aromatic white variety is on the rise in the region. You can find styles from dry to sweet, with the classic citrus and blossom characteristics.

Similar to its famous neighbour, the Hunter Valley, Mudgee can produce semillon with great ageing ability, transforming from a bright, tightly coiled white into a nutty, honeyed wine.

The main streets of Mudgee are Church and Market, so staying on or near these is your best bet for central accommodation. The options include historic and boutique hotels, serviced apartments, motels and more. You can stay in the surrounds and still be within easy reach of the cellar doors, however, with cottages, estates and guesthouses also a part of the offer.

things to do in mudgee

To accompany the wine is a range of excellent restaurants. Many are on-site of the wineries as well, making it easy to tour the vineyards and enjoy a great meal. Two of the best winery diners are the Zin House at Lowe Wines and the Pipeclay Pumphouse at Robert Stein. There are also plenty of pubs and eateries in town for a casual bite.

For drinking other than wine, there are breweries and distilleries to visit, too – the Mudgee Brewing Co. in the heart of town is a popular spot for a pint. If you fancy pairing the spoils of your cellar door visits with a platter back at your stay, head to the High Valley Cheese Co.

When to visit mudgee

Mudgee provides different attractions throughout the year, and there’s never a wrong time to visit, but many enjoy the inviting atmosphere and indulgent activity during winter. Spring is also an exciting season in the region and the Mudgee Wine and Food Festival, which coincides with the Mudgee Wine Show, celebrates budburst and the beginning of warmer weather with street parties, tasting events and dinners.