SIPNOT: Test your palate on some of the world’s best pinot noirs

This exclusive pinot noir tasting, hosted by Victoria's Stonier Wines, invites you to put your palate to the test alongside some of the country’s brightest minds in wine (including James Halliday).

If you love pinot noir and testing your palate in blind tastings, SIPNOT (the Stonier International Pinot Noir Tasting), taking place on October 15, is a must-attend event.

Stonier was ahead of the curve when they started SIPNOT in 2000, at a time when pinot noir was still a ‘lesser known’ variety in Australia. Today, the popularity of pinot has grown exponentially, and it boasts the third largest red wine sales after shiraz and cabernet sauvignon – the substantial presence of pinot noir on the shelves of Australian wine shops certainly highlights this.

Pinot noir has become a favourite for Australian drinkers and, 22 events later, SIPNOT is one of the country’s most esteemed celebrations of the variety. Tasting a selection of some of the world’s best pinot noirs is always a delight, but doing so alongside some of Australia’s top wine critics, sommeliers and winemakers elevates the experience to another level of interest and enjoyment. Opportunities like this are rare to say the least.

“It's always a fascinating night that focuses on the character of pinot noir, unearthing its different incarnations rather than focusing on which wine is best,” says Stonier winemaker Mike Symons. 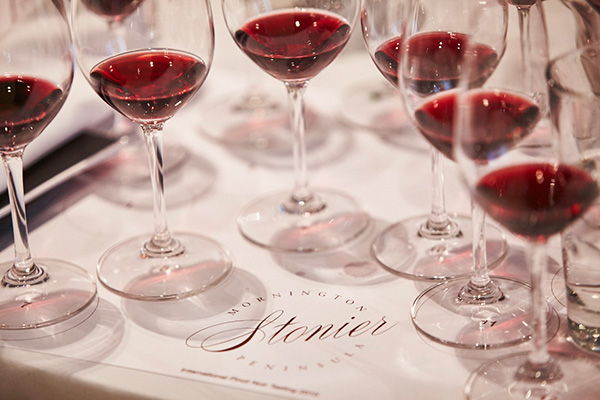 Immerse yourself in this ethereal red wine, engaging in lively discussions and debates throughout the evening. A line-up of 12 carefully chosen pinots (see the full list below) from France, Australia, the US and New Zealand will be poured blind, and an experienced taster will be assigned as your ‘table captain’ to encourage conversation. Led by a panel that includes James Halliday AM, Mike Symons, the Lucas Group’s Philip Rich and Robert Oatley’s Aaron Brasher, you’ll be rubbing shoulders with some of the brightest minds in wine, and are sure to walk away having learnt something new.

If you’re a drinks professional or a wine lover with a penchant for pinot, you won’t want to miss this. Due to the rarity of the included wines and the limited available seats, you'll need to book quickly to avoid disappointment.