Grenache good enough on its own

Bright, rich and aromatic – the grenache varietal is no longer just an accomplice, it's the main event. We chat to three South Australian winemakers making some of the best grenache in the country.

The aged vines and dry climate of South Australia's Barossa Valley and McLaren Vale are a match made in heaven for single-varietal grenache. These versatile wines pair effortlessly with rich foods and offer a moreish, medium-bodied flavour that even lends itself to chilling. These three South Australian winemakers tell us what they think makes grenache so special. 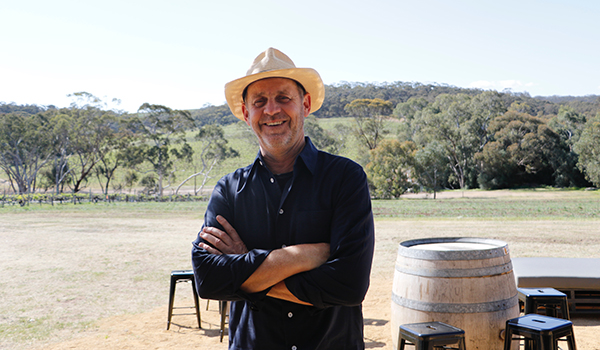 Stephen Pannell’s winemaking journey began with growing up on boutique winery Moss Wood in Margaret River. His love of wine continued to flourish, culminating in the  establishment of the S.C. Pannell label in 2004. Steve is passionate about the McLaren Vale region and its ability to produce dry-grown, environmentally sustainable red varieties.

Q. What's so special about this variety?
A. I like medium-bodied wine, it's enticing, whereas full-bodied wine is like listening to Taylor Swift – it gets boring after a while. If you want to taste the most expressive and unique fine wine from McLaren Vale that is world class, drink grenache.

Q. What is key to making a great grenache?
A. Preservation of aromatics is number one. The perfume of grenache is the alluring quality that others varieties don’t possess. The second is avoiding fatness: picking at 13.5 baume from vineyards managed for aromatics and structure and, lastly, tannin. Respect it, nurture it – never let it go. 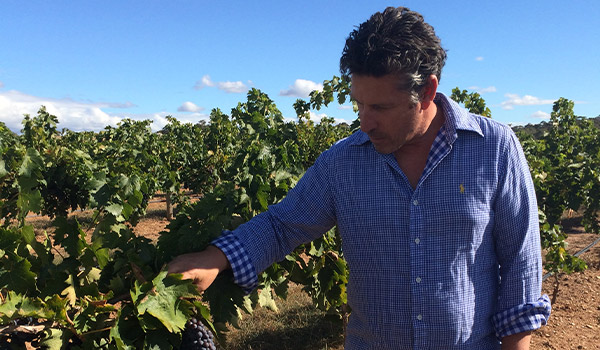 Purple Hands Wines is the passion project of good friends, Craig Stansborough and Mark Slade. The duo began the label in 2006 with a shiraz crushed and fermented in Craig’s shed. Now, Purple Hands is widely regarded for their shiraz and grenache varieties, grown in the cooler corner of the southern Barossa Valley.

Q. How has your grenache evolved over the years?
A. We released our first grenache in 2009 in this modern style with complexity, brightness and elegance, and at that time, it was a little unique. We haven't changed our style over the years, but we have a much greater awareness of soil health now, which is helping with the quality of fruit. Year on year, the percentage of whole-bunch clusters varies slightly, which we feel adds the aromas and structure of the wine, and also adds more layers.
Q. How would you explain the varietal to someone new to grenache?
A. If you like medium-bodied, aromatic, juicy wines that are very versatile with food, you cannot go past this variety. In the summer, if you are not a white or a rosé fan, a slightly chilled grenache is a great option.

Chief Winemaker, Chris Thomas, has been a part of the Dowie Doole family since 2015 when he bought partial ownership of the label. The Dowie Doole philosophy is simple: capture the essence of the vineyards. The winery is known for crafting regionally distinctive, premium wines, produced with minimal intervention.

Q. Where does your passion come from for grenache?
A. I first started working with McLaren Vale grenache in the early 2000s, and loved the vibrancy that it showed during fermentation. I think the best examples of grenache preserve this fruit vibrancy and carry it through into the finished wines, flowing seamlessly from nose to palate.

Q. What do you believe sets grenache apart from other varieties?
A. I see it as a middle ground between pinot noir and shiraz as it's pretty and aromatic, but with more juicy fruit and weight like shiraz. It's one of my go-to summer reds, especially when slightly chilled. It's also super versatile with food, matching well with a range of lighter dishes and tapas, and even richer foods – a great choice for entertaining.


*This article was produced by Halliday Wine Companion in partnership with the featured wineries.