Margaret River sustainability pioneer Vanya Cullen is celebrating three huge achievements this year at Cullen Wines, and is particularly excited about a number of their new releases.

It’s been a big year for Vanya Cullen, who is celebrating three significant milestones. The winemaker is in her 30th year at the helm of Margaret River’s Cullen Wines – the winery her parents established in the early 1970s – and she turned 60 in August. That same month, Vanya won Winemaker of the Year at the Halliday Wine Companion Awards, which she says was incredibly rewarding recognition of the biodynamic and sustainable practices that lie at the foundation of everything they do.

“I think what’s most pleasing is running a sustainable wine business, making quality wines and seeing the evolution of our soils over time,” Vanya says. “We took some risks by introducing biodynamics because, as with any true scientific study, we didn’t know what the outcomes would be, but we just had an intuition that it was the right way to go.”

Cullen Wines has been certified biodynamic since 2005 and carbon-neutral since 2006, and today the winery is seen as a sustainability trailblazer. For Vanya and her team, it hasn’t always been easy, but they saw following these principles as the only way forward. “If you look at the probiotics in our stomach and how that connects to our brain, it’s much like the biological life in the soil and its relationship to the intelligent healthy vine,” she says. “If you have a healthy form of plants, you have a much stronger system than you would if you used chemicals, but you can’t do it overnight.” 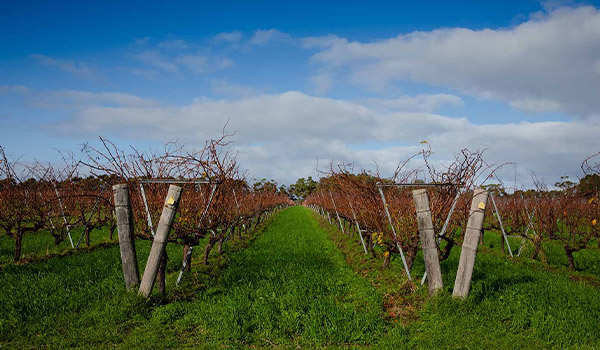 The acclaimed Margaret River winery's portfolio is a mix of traditional and contemporary wine styles, including the Cullen Diana Madeline cabernet blend – long regaled as one of Australia’s top Bordeaux-style blends, and named after Vanya’s mother. That flagship sits alongside the pinnacle Kevin John Chardonnay, which similarly honours her father. Newer styles for the winery include a pet-nat chenin blanc, New Moon, and the skin-contact sauvignon blanc, Amber, which is an expressive style, with Vanya particularly excited about the 2018 Amber now available.

Two other wines Vanya is especially loving are the 2017 Cullen Sauvignon Blanc Semillon, which she describes as having floral, light grass and minerally notes. Their Wilyabrup cellar door often presents back-vintages of this wine for tasting, which can lead to a few revelations. “If there was one wine that’s undervalued in our range, it’s this one,” Vanya says. “People are always wowed by it, and its ability to age.”

The other wine, which is soon to release, is the 2018 Mangan East Block that combines malbec and petit verdot. “It’s extraordinary in terms of its fruit opulence and balance,” she says.

Find out more about the winery and full collection.