Since the infamous collapse of its Épernay cellars over a century ago, the first of 23 unearthed bottles of drinkable 1880s Pol Roger Champagne have been tasted.

In February of 1900, heavy rain in the Champagne region of Épernay caused the collapse of the original Pol Roger wine cellar. Both levels of the facility were brought down in the accident, burying the volumetric equivalent of two million bottles of Champagne. 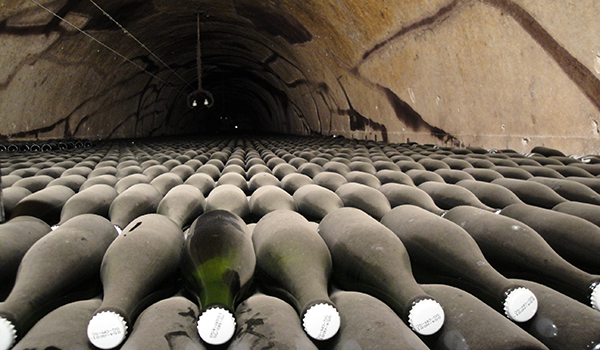 Due to the scale and nature of the collapse, it wasn’t until February last year that the company was able to harness modern software to determine the location of any surviving bottles. Using sonar technology, a cavity was detected containing over 100 bottles of Champagne, ranging from mid-1880s to late-1890s vintages. However, of these 100-odd bottles, only 23 were determined to be of a drinkable condition.

Earlier this month, after the underground explorations had stopped, the 120-year-old bottles were tasted. Two were opened, containing clear wines with correct levels and intact corks, believed to be from harvests ranging from 1887 to 1898.

The first of these was identified as the younger of the two by Pol Roger cellar master, Damien Cambres. According to Damien, the Champagne (which had lost its fizz) contained “aromas of spice and vanilla,” and exhibited similarities in bouquet and flavours to an aged Cognac. “[The second] had an extraordinary freshness of citrus and exotic fruit,” Damien said, noting that the older wine seemed to have a bit more “volume”.

The wines were opened and tasted at the Pol Roger bottling facility, before eventually being served to a select room of press. Though lacking in the bubbles so characteristic of the style, the two wines amazed attendees with their fresh and lively character, despite their advanced age.

For Hubert de Billy, fifth generation of the Pol Roger family, it is apt ending to an astonishing tale. “We are very proud,” Hubert says, “[the collapse] was like a dream, a story that the family likes to tell. And now, it is a fact. “

Further excavation of the cellar is expected to be conducted via robotics, with minimal human contact for safety reasons. The current Pol Roger storage and distribution centre also sits on Avenue de Champagne in Épernay, with cellars extending a total 33 metres below surface level.