Ken Gargett reflects on the 12 Australian wines that should be on every oenophile’s bucket list.

Movie buffs argue endlessly over the greatest films; foodies will draw chopsticks at dawn to debate the world’s finest restaurants; music lovers will dispute who is the greatest rock star of all time (it’s Springsteen); and as for sports – Brady or Montana, Ali or Tyson, Federer or Laver, Lewis or Johns.

Wine lovers are no different.

Australia has made many brilliant wines over its history. While being fully cognisant that absolutely no one will agree, here are a dozen(ish) of Australia’s most legendary wines and suggestions as to those which might match them down the track.

Australia makes fantastic fizz, especially Tasmania, and no one does it better than Ed Carr at House of Arras. Arras has a wide range but the pinnacle must be the extraordinary E. J. Carr Late Disgorged. So just this once, our ‘legend’ and our ‘future star’ are the very same wine: the 2006 ($270). First made with the 1998 vintage, this is the ninth release and one of the finest, if not the very best. Fourteen years on lees, two-thirds chardonnay and one-third pinot noir, dosage is a mere 2.6 grams/litre.

A glorious Australian sparkler which is different from, but can certainly compete with, the finest Champagnes. Complex and yet fresh with great length, there is baked lemon pie notes, a touch of stonefruit and even the merest hint of honey. Don’t miss it.

Two of the most thrilling tastings I have ever attended were verticals of rieslings that winemaker John Vickery made for Leo Buring in the 1960s and 1970s. Mature riesling is a thing of beauty – complex, intense yet delicate, balanced and amazingly long. There are numerous contenders for the very best riesling Vickery made. For me, it is the Leo Buring DWC 17 1973 Eden Valley Riesling; the DWA 15 1971 a whisker behind.

Today, the undisputed King of Riesling is Jeff Grosset. His Polish Hill and Springvale rieslings are modern day classics. There have been some amazing wines over the years from great vintages, including 2002, 2005, 2009, 2012 and 2017. There is no doubt that 2021 will sit with them. 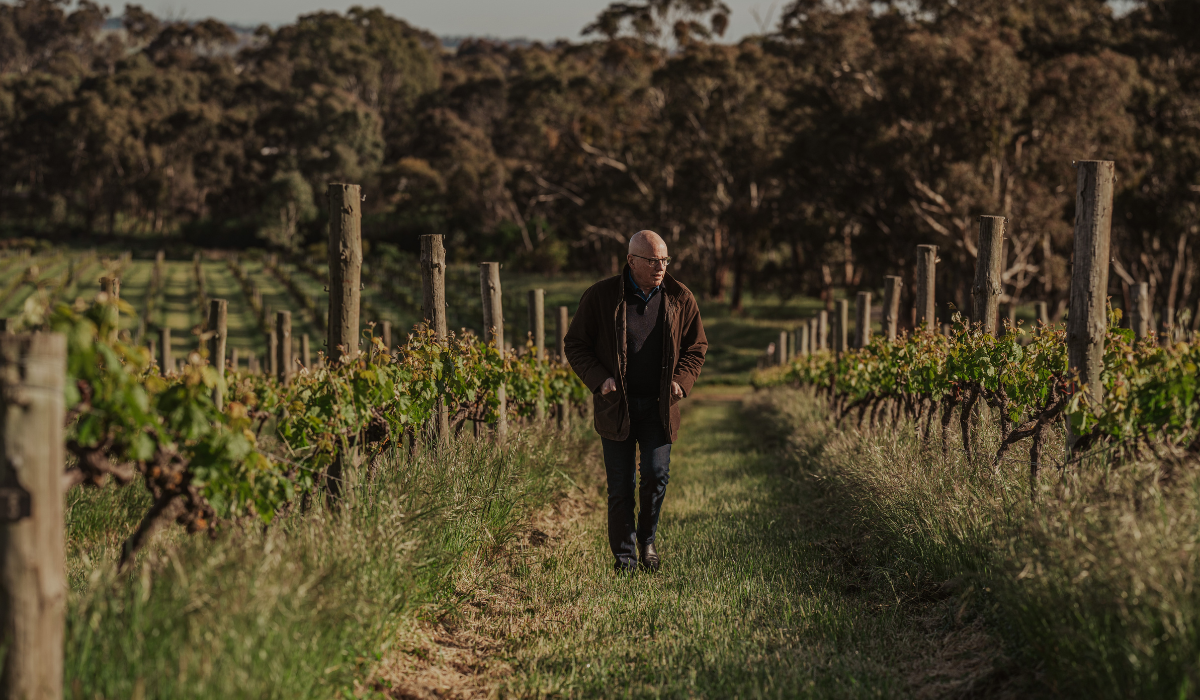 Hunter semillon is one of the world’s most underrated white wines, a true superstar, yet chronically underappreciated at home and almost unknown offshore. When Jancis Robinson MW calls a grape “Australia’s gift to the world”, one would think it might be on everyone’s radar. Not so, but the reasons for this are a debate for another time.

Today, look to McWilliams, Andrew Thomas and some of the emerging young guns, but the battle comes down to the amazing 2015 Brokenwood ILR and 2019 Tyrrells Vat 1. Too close to call.

Sparkling reds (usually shiraz) have long been part of the Australian vinous landscape, mentioned as far back as 1878. The increase in popularity in recent decades comes from a small base and they are still very much a niche wine, a love-it-or-hate-it style.

Two Seppelt Shiraz Show Sparkling Great Westerns from the 1960s stand out. Bin 87A and Bin 85C, both from 1964. I have selected the Bin 87A as our ‘legend’. Imagine a silky, leathery, yet brilliant Burgundy with a touch of spritz.

Today, the Seppelt Show Sparkling Shiraz (the 2008 in particular) is still one of the best. It, with the Rockford ‘Black Shiraz’ and the Primo Estate ‘Joseph’ are our three superstars. Love them all.

Chardonnay is a somewhat contentious inclusion. Partly because it has not been around here for that long, but perhaps especially because the chardonnays of today are almost universally superior to those from our past. Almost.

The 1996 Giaconda Chardonnay, from Victoria’s Beechworth region, is truly legendary and deserves the nod. Others will justifiably claim the gong should go to Western Australia’s Leeuwin Estate: 1981, 1983, 1987, take your pick.

If we go with Giaconda for the former, it seems only fair to go with the Leeuwin Estate Art Series Chardonnay for today. The current vintage is 2018, with the ’19 due any moment. Obviously young, this explodes with stonefruit, nectarines, grilled nuts, peaches, a hint of vanillin oak and a touch of honey on the finish. A scintillating chardonnay. 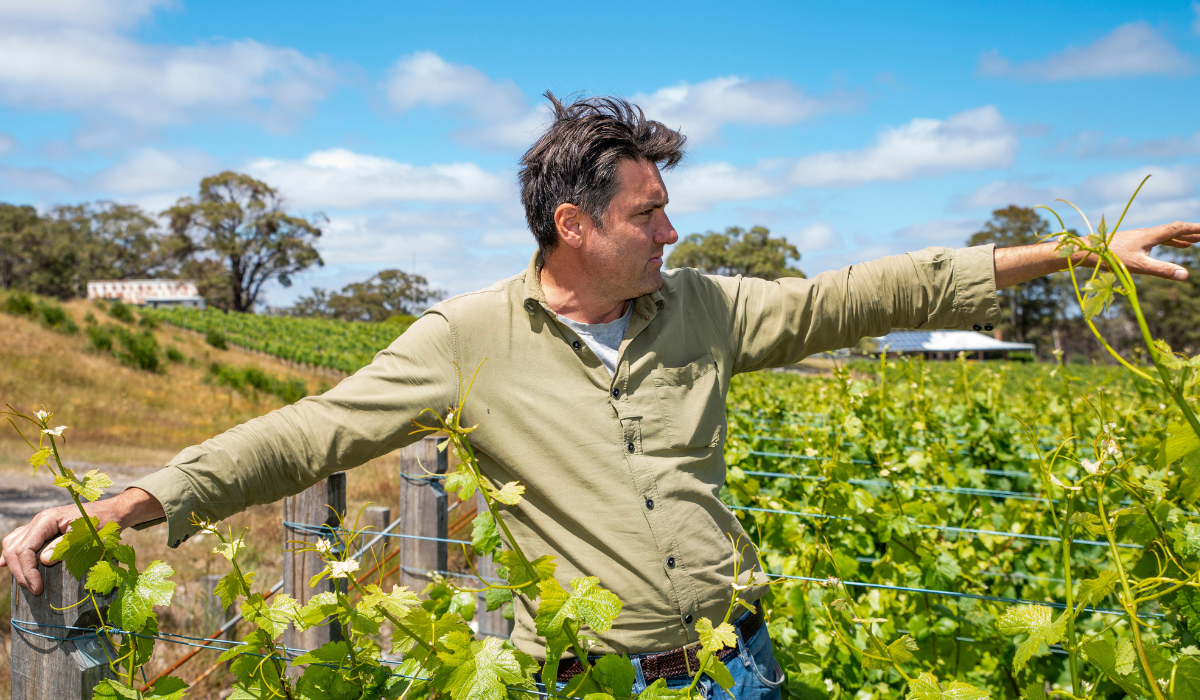 Michael Dhillon in the Block 8 vineyard at Bindi.

The early days of pinot in this country were less than encouraging. Poor clonal selection, winemaking techniques better suited to bold shiraz and cabernets, lack of knowledge and experience in the vineyards all led to some very ordinary wines.

The worm turned. Stuart Anderson at Balgownie led the way, but in the late ’80s and early ’90s, another name emerged. Bass Phillip from Gippsland. I recall my first Bass Phillip very clearly. It blew me away.

So, Bass Phillip Reserve Pinot Noir is our pinot ‘legend’. Which vintage? The 2009 is glorious and for me, the best I’ve seen. 1994 and 1997 are two others that are among the very best.

Today? So many choices but for consistency and quality, I can’t go past Michael Dhillon at Bindi. His Block 5 is wonderful, but two new pinot vineyards are coming on stream: Darshan and Block 8. No wines released yet, but don’t miss them when they appear next year.

Many of our greatest reds have come from Coonawarra, that famed strip of terra rossa in the southwest of South Australia. For me, the wine which must make our list is actually a set – the Woodley’s Treasure Chest.

Today? Few would quibble over Coonawarra’s best wine – Wynns John Riddoch Cabernet. First made in 1982, these are superb. The choice has to be the current, 2018. So well-structured and finely balanced that you could drink it today, but a wine which will age and improve for many years.

Margaret River hit the radar when a winery, which I suspect at the time was almost unknown in Perth let alone elsewhere, won the 1983 Jimmy Watson Trophy with their 1982 Cabernet Sauvignon. Cape Mentelle’s achievement was no doubt pigeon-holed as one of those weird curiosities that pop up now and again, but when they repeated the feat the following year with their 1983 Cabernet Sauvignon, there was no denying that wine lovers had witnessed the birth of a superstar region and producer.

Today? Cape Mentelle is still going as strong as ever, but the cabernet which is usually considered the pinnacle from the region, perhaps all Australia, is Cullen’s Diana Madeline. The 2020 is perfectly balanced, with complexity and finesse even in these early days. The grace and power of Muhammad Ali at his peak. A wine that soars and will do so for decades. 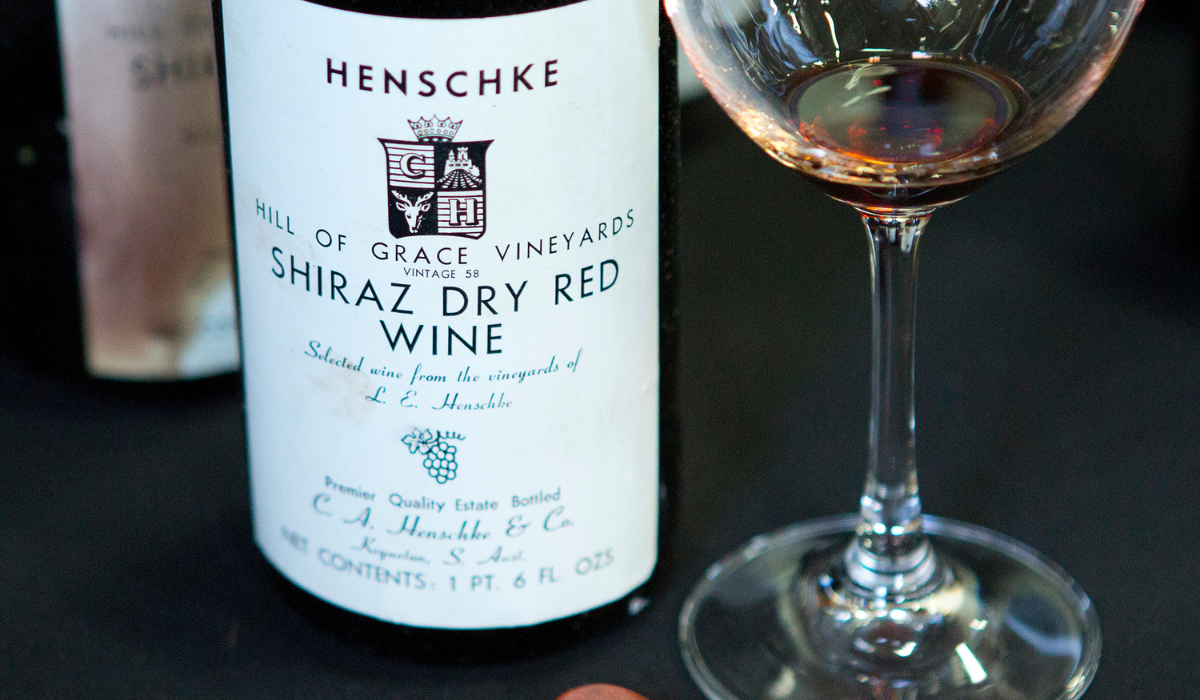 Henschke’s Hill of Grace 1958 – its first ever vintage.

There are a lot of wine lovers who don’t believe the Hunter can make great reds. To them, I would suggest that they need to broaden their horizons.

Lindeman’s Hunter River Burgundy 1965 Bin 3100 and Bin 3110 – the twins -– are prime examples. What an astonishing pair of wines. It’s worth mentioning that although many of these older bottles are let down by cellaring or corks, that never seems to happen with this pair. They are simply never out of condition. James Halliday has suggested these wines may make 100 years of age and he might well be correct.

Today – there are many very fine reds from the Hunter, but Brokenwood’s Graveyard is still the pinnacle. The region has its fair share of difficult vintages, but it hit the jackpot with the trio of 2017, 2018 and 2019. If you had to pick one of these, for me, 2018 by a whisker.

No list of our greatest would be complete without Henschke’s Hill of Grace, both from our past and today.

Thanks to the generosity of the Henschke family, I have been blessed to attend several vertical tastings, back to the first vintage, the 1958. That wine has surprised by standing up on both occasions and so, as the inaugural vintage of a line recognised around the world as not only a great Australian red but one of the world’s legendary wines, the 1958 Hill of Grace is the pick.

Today? There have been many stunning releases but, at time of print, 2016 is it. What a stellar wine. An exceptional vintage in the Eden Valley, this is the 55th release. Finesse, balance, elegance, power, a wine dancing on the knife edge of intensity and grace. Seamless, such a gloriously supple texture, and amazing length, yet all the time, one is reminded just how youthful this wine is. There is complexity, but undoubtedly not to the extent that will be apparent as this wine unfolds over the next decade.

Standing above even the great Granges, the truly iconic Penfolds Bin 60A 1962 is, for many, the greatest wine ever made in this country.

Created by the legendary Max Schubert, Bin 60A was a blend of two-thirds Coonawarra cabernet sauvignon from the Sharam’s Block vineyard and Block 20, and one-third Barossa shiraz from the famous Kalimna vineyard. It was made and matured at Magill Estate. Only 425 dozen were made.

Described by James Halliday as “an utterly superb wine, a glorious freak of nature and man,” what is there today that could possibly replicate it? I’ll confess I cheated a little here and asked Penfolds Chief Winemaker, Peter Gago, what he thought. He had a number of contenders, including both the 2004 Bin 60A and the 2004 Grange, G4 and G5, the 2016 Special Bin 111A and a pair from 2010, the Grange and the St Henri. Take your pick. 2010 Grange for me. 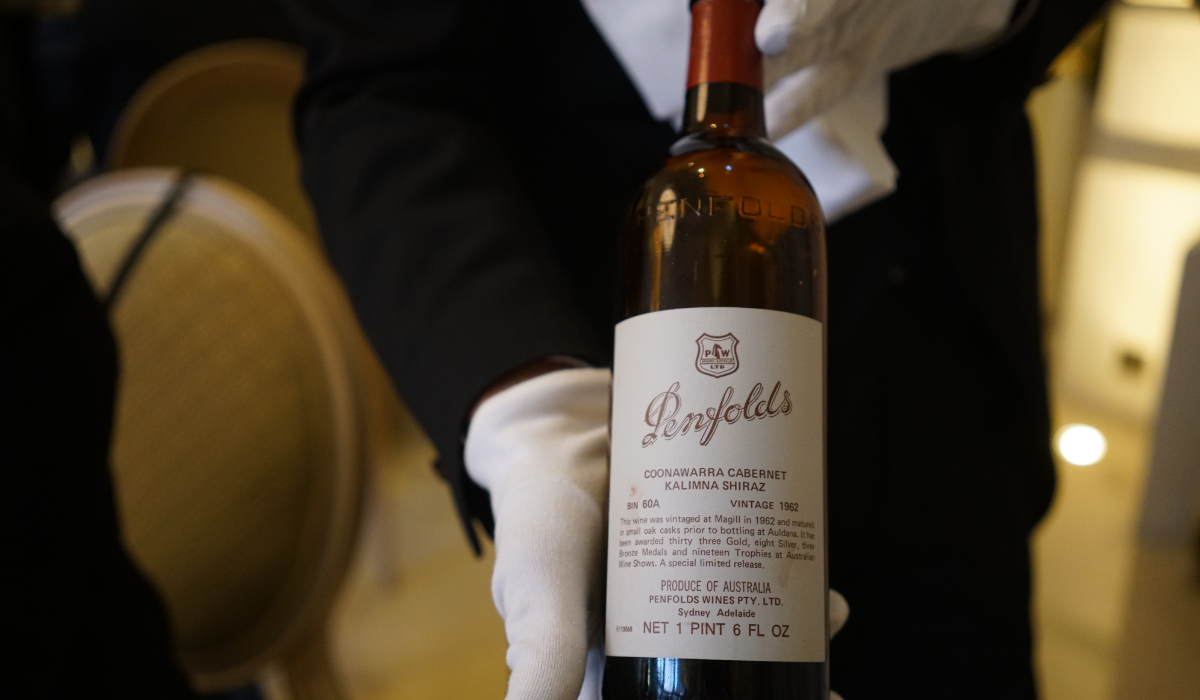 Penfolds Bin 60A 1962. Described by James Halliday as "an utterly superb wine, a glorious freak of nature and man."

While some of the old judges would speak reverentially of Hardy’s 1956 Vintage Port, most concur that we might never have made a better vintage port style than the legendary Stonyfell 1945. Perhaps less well known is the tale told of just how that port came about.

It was never intended to be anything other than a standard offering, nothing special. Barossa shiraz fortified in the style of the day. In fact, it was nearly not even bottled, as one of the junior winemakers working that day made a horrible mistake. He fortified the tank of premium cabernet sauvignon, not the standard shiraz. Stonyfell were left with no choice, but fortunately the result was extraordinary.

Today, the gong goes to something unique – the Seppeltsfield 100 Year Old Para Vintage Tawny, current vintage 1922. Undoubtedly a bucket list wine. Think of it as alcoholic treacle, with an incredible array of flavours matching the boundless intensity. Expect notes of Christmas cake, chocolate pudding, old leather, great cigars, panforte and fig jam and more length than any other wine I have ever encountered.

This article appears in issue #64 of Halliday magazine. Become a member and get digital access to the magazine.