What does great Champagne taste like when it's 50 years old? Ken Gargett shares his thoughts after tasting the new limited-release 1971 Piper-Heidsieck Rare Hors-Série.

The legal requirement for time on lees for vintage Champagne is three years, although the better Champagne Houses will ensure their vintages spend four to six years, while their prestige cuvees  to 10 or even more. But 48 years? Unheard of.

With their wonderful prestige Champagne 'Rare' basically forming its own identity under long-term chef de cave Régis Camus, the House of Piper-Heidsieck has launched an incredible new concept, Hors-Série. Chef de cave Émilien Boutillat has been allowed creative free rein and he has created something extraordinary.

A total of 90 bottles are destined for Australia with a price of $750 – a bargain, if you compare it to a Grand Cru Burgundy or First Growth Bordeaux of this age and pedigree.

Émilien joined Piper-Heidsieck in 2018 as chef de cave at the ridiculously young age of just 32, and was keen to immerse himself in all aspects of the Piper-Heidsieck DNA. Tasting through the special range of Champagnes in their cellars, he came across something that stunned him with its freshness and complexity. There were several thousand bottles of a wine from 1971, a very good – though perhaps not great – vintage, and they were still on lees. These were bottles of what was an earlier flagship, Cuvée Florens Louis, though they were very different now from the original release in the late '70s.

Émilien has disgorged 2021 of the bottles (not many left), appropriate for 2021, as the first wine in the Hors-Série collection. A total of 90 of these bottles are destined for Australia with a price of $750 – a bargain, if you compare the price to what you’d pay for a Grand Cru Burgundy or First Growth Bordeaux of this age and pedigree.

The bottles come in a specially carved oak container, complete with their own playlist from that year. To ensure each bottle was perfect, Émilien tasted each one immediately after disgorgement and before dosage was added. He discovered that each bottle was fractionally different, although there were several threads that appeared throughout. 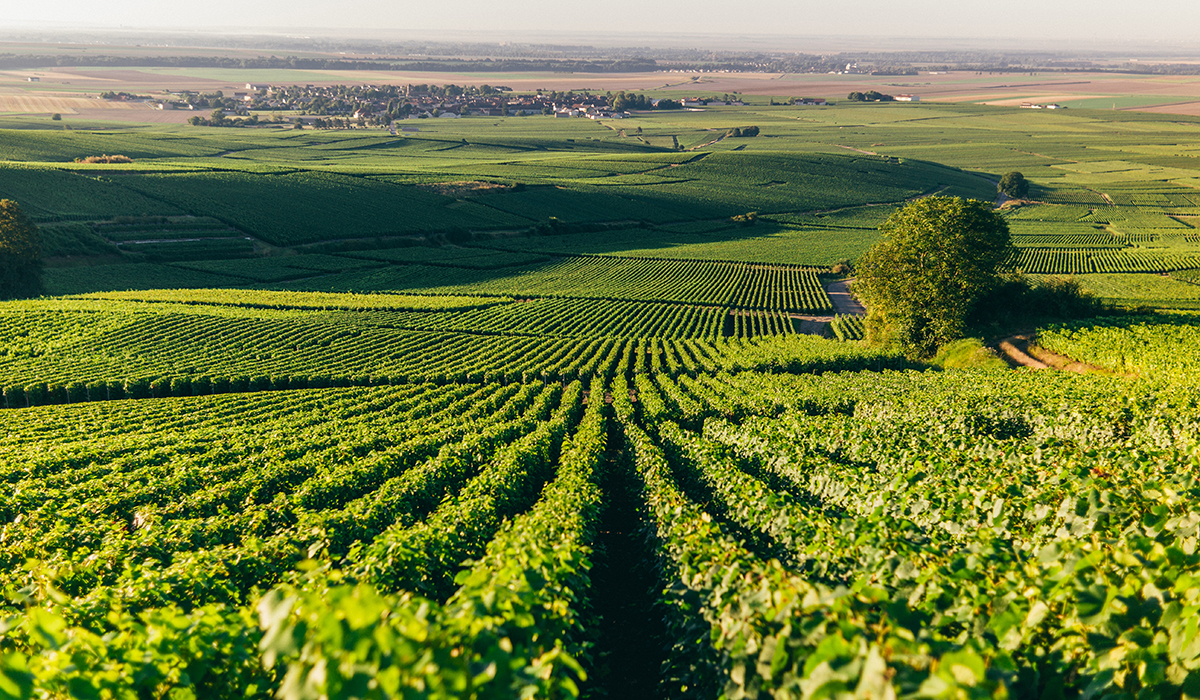 The vines at Piper-Heidsieck in Champagne, France.

Mine was as vibrant and fresh as the proverbial daisy, entrancingly complex, and exhibiting myriad flavours, with an incredible fresh-baked apple pie character. It has hints of stonefruit, nougat, ginger and dried fig, through to a little toast at the finish. It's vibrant, very long and just glorious (99 points from me, if you like scores).

Someone wondered how it would fare in a blind tasting. I think that length of time on lees would make its age impossible to spot. What would be obvious, though, is that it is a complex, mature and yet still fully alive Champagne.

As well as 48 years on lees, the wine received 10 grams/litre dosage, necessary to balance the 9 grams/litre of tartaric acid. Émilien used chardonnay from the 2019 vintage as the base for the dosage. The chef de cave of the day, Claude Demière, is still with us at 92, and recalls the wine was very close to a 50/50 blend of chardonnay and pinot noir. Grapes were sourced from 12 villages, though as the 1971 record book has been long lost, no one is quite sure which ones. The wine did not go through malolactic fermentation, no doubt something that has aided its longevity.

This wine is the first in the series, but future releases – expect one around every two years – will not necessarily be Champagnes with extended time on lees. They could feature a terroir, variety, vineyard or possibly a future style. Of course, Émilien has several future releases already lined up. He's just not telling.

If they are as exciting as this one, they’ll be worth the wait.