Discover the uniquely delicious results that come from ageing wine in spirits barrels with the Robert Mondavi Private Selection, made by one of California’s most renowned producers.

Think of good wine, and rum and bourbon aren’t the first things that spring to mind, but the team behind Californian winery Robert Mondavi believes they go hand in hand. So much so, they have released a cabernet sauvignon and chardonnay that have both been aged in barrels that once held bourbon, and a merlot that has spent time in old rum barrels.

It’s the first time the Robert Mondavi team has worked with spirit barrels in this way, which winemaker Glen Caughell says is simply about making delicious wine. “It has a transformative effect on wine. We are not trying to make a cabernet that tastes more like bourbon than a nice cabernet. The same goes with the chardonnay and merlot,” he says. “The spirits-aged wines are beautiful, and these barrels add another layer of complexity and nuance to them. The result is a unique wine, but one that still maintains its varietal identity.”

These barrels add another layer of complexity and nuance to them. The result is a unique wine, but one that still maintains its varietal identity.

For Glen, the beauty of the process lies in the aromatics and flavour profile of the resulting wines. “The vanilla and caramel notes from the bourbon barrel, and the coconut, molasses and spice from the rum barrel are amazing,” he says. “Both spirits and winemaking rely on barrel ageing to drive complexity and style. Merging the two together and getting the results we have in these wines is such an innovative and rewarding experience.”

Coming from California’s Central Coast region, the wines benefit from ideal growing conditions – a combination of fog, wind, chill and sunshine. This helps the grapes to ripen slowly and, in turn, produce intense, pure fruit flavours, as seen in these three expressions. It’s a region that winery founder Robert Mondavi pioneered, recognising its potential early on to produce exceptional fruit and wines at an accessible price. 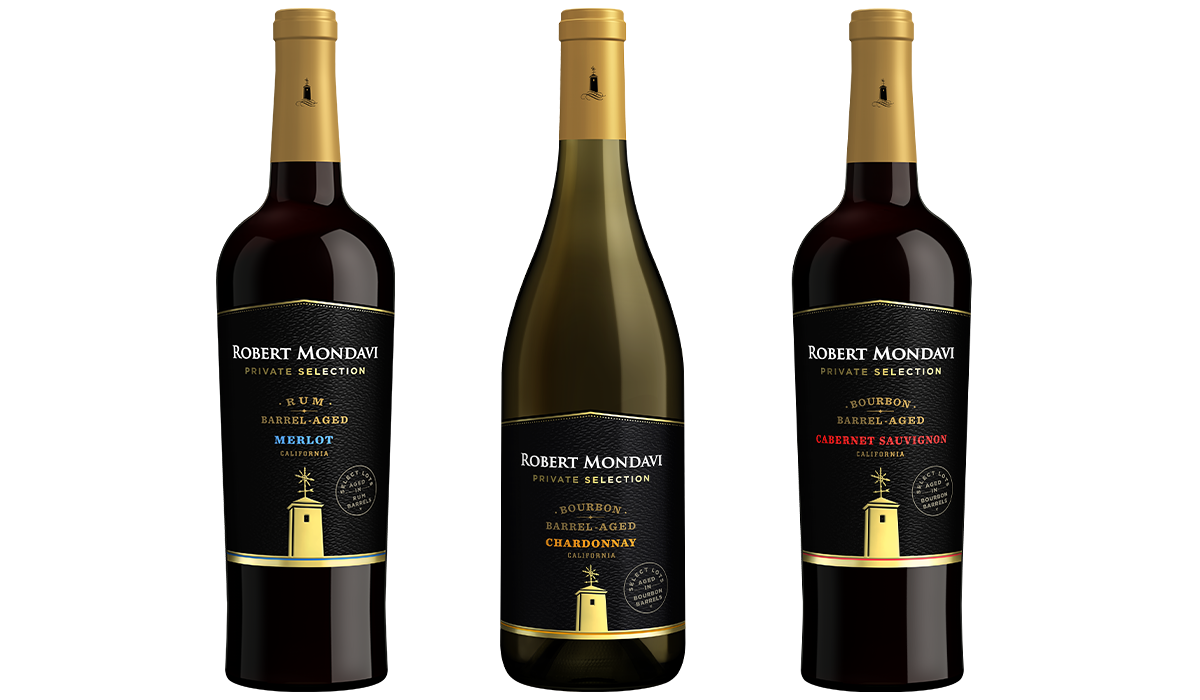