In this series, we ask industry members to share the five drinks that shaped their lives.

Jack Shaw is the co-owner and wine buyer of Hope St Radio (HSR), a canteen-style wine bar entwined with a community radio station, in Melbourne’s Collingwood Yards. “Wine tastes better with music, and music sounds better with a little wine, I think.” 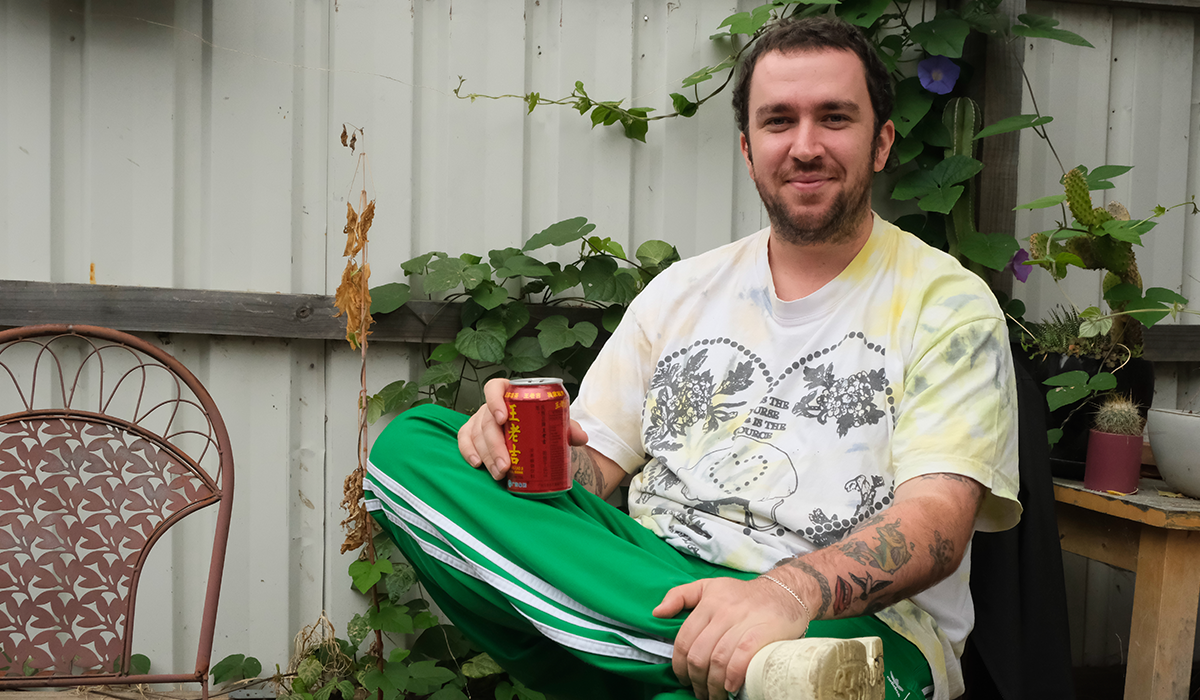 01. 2014 Mikkeller Hues
This gueuze taught me that pleasure can be found in patience when drinking. I was living in Williamstown in 2014 and would visit my friend Justin at Williamstown Fine Wines most nights to buy fancy beer. I bought one bottle of this, drank it that night, and called Justin immediately to order a dozen. When Justin handed over the box, he recommended I drink them slowly because he thought they’d age well. I took that on as a real challenge. I’ve drunk one bottle every year since. I’ve had the pleasure of tasting the bright sour apple turn to baked apple, and the bursting effervescence mellow and leave rich malt texture in its place. When I have trouble leaving bottles in the wine fridge, I always remind myself of the pleasure I’ve had watching this bottle change.

02. 2015 Jean-Christophe Garnier La Roche Bézigon
This was the first bottle of wine I drank with my now business partner and dearest friend, Pete Baxter. The first time we hung out we fell victim to the folly of bravado and over the course of a lovely winter evening, cooking cassoulet and onion soup, we drank eight bottles of very beautiful wine. We were both ill, but the meal and evening remain among my most treasured. It’s a shame I can’t remember many of the other bottles, but I remember this one as clear as day. Remarkable length, faultless balance, and an elegant acid line that felt like a perfectly sweet lemon. Pete and I are both drawn to chenin blanc and buy it often for the list at HSR, and while we’ve tasted many gorgeous examples, this bottle remains my benchmark.

03. 2014 Pierre-Yves Colin-Morey Saint-Aubin La Pucelle Blanc
This was served to me at a dinner party by Dom Wilton of Hector’s Deli. It was the first time someone had gone to the effort to show me a wine at its absolute best in a casual context. Dom had the bottle open in the afternoon and beautiful Burgundy glasses ready on the table. When I arrived, he very quickly poured me a glass and sat down to talk me through it. The power of white Burgundy was so present. Barely warmed stone fruit and lemon, a whisper of smoke, a rich saline, mineral backbone, and astonishing length. Dom served gnocchi Parisienne and a salad of tomatoes and cheese, both were gorgeous. I was really taken by that dinner and have always tried to emulate Dom’s attention to detail when I’ve had friends over to drink wine since.

04. 2017 Jean-Pierre Robinot l’Ange Vin Le Regard
This was the first bottle that ever fully stopped me in my tracks, like in a western when the piano player stops playing and everyone turns silent as the bandit walks into the saloon. I was solo dining at Peter Jo’s Restaurant Shik in 2018, and Dan Graham of Sigurd Wines had been doing a tasting event at the restaurant. I had tasted 10-12 wines in reasonably quick succession, and with my second order of fish balls in front of me, Dan presented me with a small glass of something red. Cherries, pomegranate, white pepper, and this incredible sense of vitality. I had never drunk a wine that tasted so alive. To this day if someone asks me what my favourite wine is, I tell them Pineau d’Aunis from Jean-Pierre Robinot.

05. 2020 Dazma Wine Company Walters Vermentino
This wine was the first solo effort of a friend of mine, Charlie Osborne. I bought it as soon as I saw it on a shelf and drank it that night with a very relaxed dinner of roast spuds and salad. It was the perfect table wine. Fine notes of yellow grapefruit, makrut lime, and lemon myrtle, with the texture and quenching quality of a lemonade. After drinking the bottle, I became totally fixated on Charlie’s winemaking and started to really hassle him about his process. I hassled him so much that he and I are now making wine together (a process that sees Charlie do nearly every physical and meaningful aspect of winemaking while sending me photo updates and allowing me the teenage pleasure of coming up with a name and putting labels on bottles).

This article appears in issue #64 of Halliday magazine. Become a member to receive the print publication as well as digital access.