Summery cocktails from around the world

Quench your wanderlust with these five cocktails. 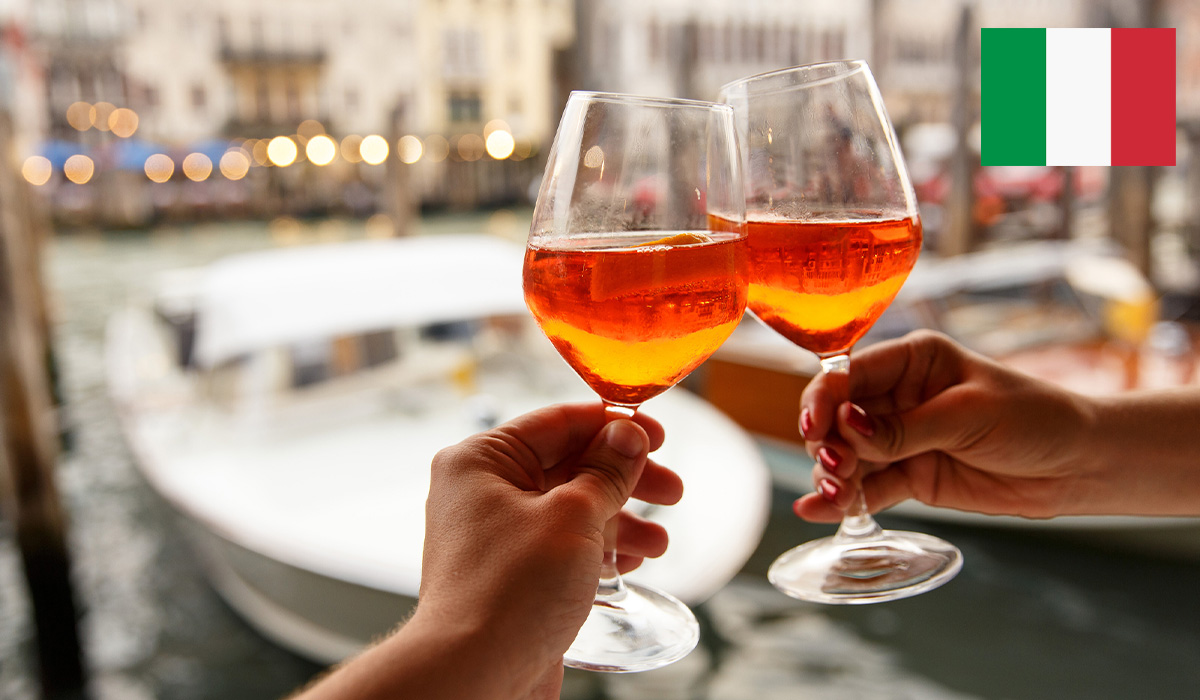 The sunny hue of Aperol alone is enough to conjure dreams of summer adventures. Add a large glass of ice and fun-loving prosecco, and you have a drink that’s perfect for kicking back with along the coast. That might not be the Amalfi this year, but there’s no reason you can’t pretend by sipping on one of these. The history of the spritz stretches back to the early 1800s when it was typical to add a splash of water (eventually replaced by soda) or “a spritz” to white wine. It wasn’t until the turn of the century that the Barbieri brothers created Aperol, which was marketed for enjoyment as part of a spritz in the ’50s. This cocktail reached its peak in the 2000s and remains popular today. The classic recipe is Aperol and prosecco plus a dash of soda, a wedge of orange and plenty of ice, but you could swap Aperol for amaro, prosecco for pet-nat or Lambrusco, and orange for a lemon peel or olive. Pair it with salty, savoury snacks or “cicchetti”, as these small bites are called in Venice, such as olives, crostini, prosciutto, grilled vegetables and seafood.

Also try: The Negroni, a headier concoction that ups the ante with gin and Campari served neat, creating a potent, densely coloured drink. (For something a little different, try Cynar, an Italian artichoke-flavoured liqueur, instead of Campari.) 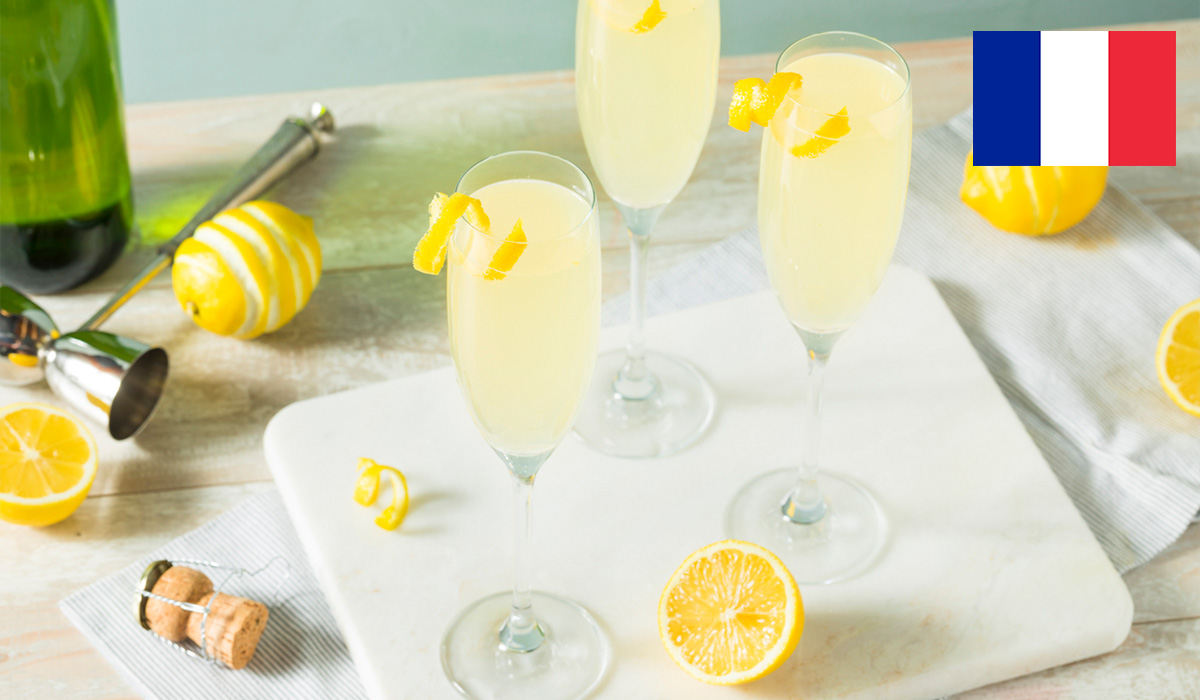 This classic cocktail is a buzzy number. Effervescent and refreshing, no matter the occasion, it’s guaranteed to keep the mood high (it also gets a mention in Hollywood heavyweight Casablanca, which is set in French Morocco and, for the most part, in a bar). For such a celebratory drink, the history of the French 75 is somewhat paradoxical. Believed to have been invented in Paris in the years surrounding WWI, it was named “soixante-quinze” (75) after the powerful 75-millimetre field gun used by the French army. There have been various recipes and serving methods documented for this cocktail since the early 1900s. Typically, though, it consists of Champagne, gin or Cognac, lemon juice and sugar syrup (with amounts in that order, from most to least). You can get creative by playing with alternative spirits or liqueurs and infused syrups. Pair it with smoked or cured salmon, flaky gourgeres, and creamy French cheeses. It can also handle a hit of spice.

Also try: Writer Ernest Hemingway was reportedly a fan of many cocktails, including the French 75, but the one he is most famously associated with is the “Death in the Afternoon”, which is a combination of absinthe and Champagne. 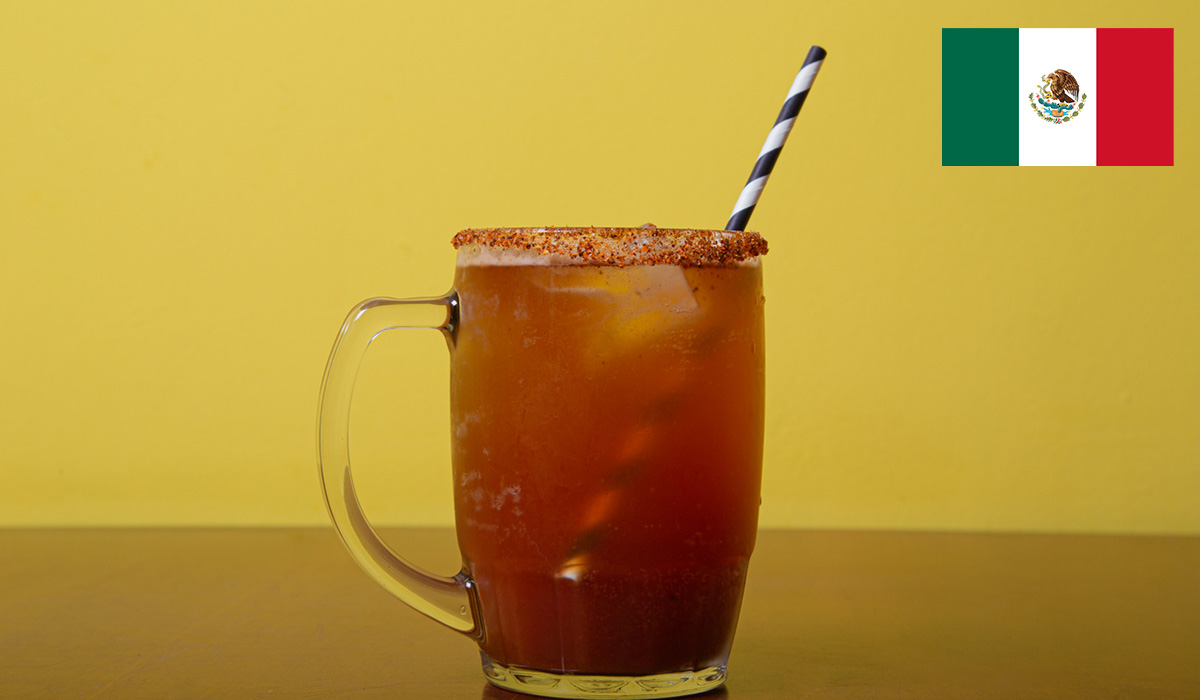 Often referred to as the Mexican Bloody Mary, substituting vodka for beer, this easy-drinking food-friendly cocktail is an excellent option for brunch or a low-alcohol sipper by the pool. Traditionally, the base is light beer served over ice in a glass with a salt rim, topped with tomato juice and an assortment of seasonings and sauces. A classic combination would be a pinch of salt, fresh lime juice, and splashes of Worcestershire and hot sauce, but you can experiment with whatever salty, spicy and citrusy elements you like. There isn’t a clear origin story for this cocktail, but one theory is that it came to be during the Mexican Revolution and was named after the general Don Augusto Michel. For the most part, though, “michelada” is said to be an amalgamation of the Spanish words for “my cold beer”. Pair it with a help-yourself feast of corn tortillas with fillings like slow-cooked meats, saucy black beans, fresh and pickled vegetables, herbs, salsa and cheese.

Also try: The Paloma, a refreshing mix of grapefruit soda, lime juice and tequila that’s the national cocktail of Mexico (despite people more often associating the country with the Margarita). 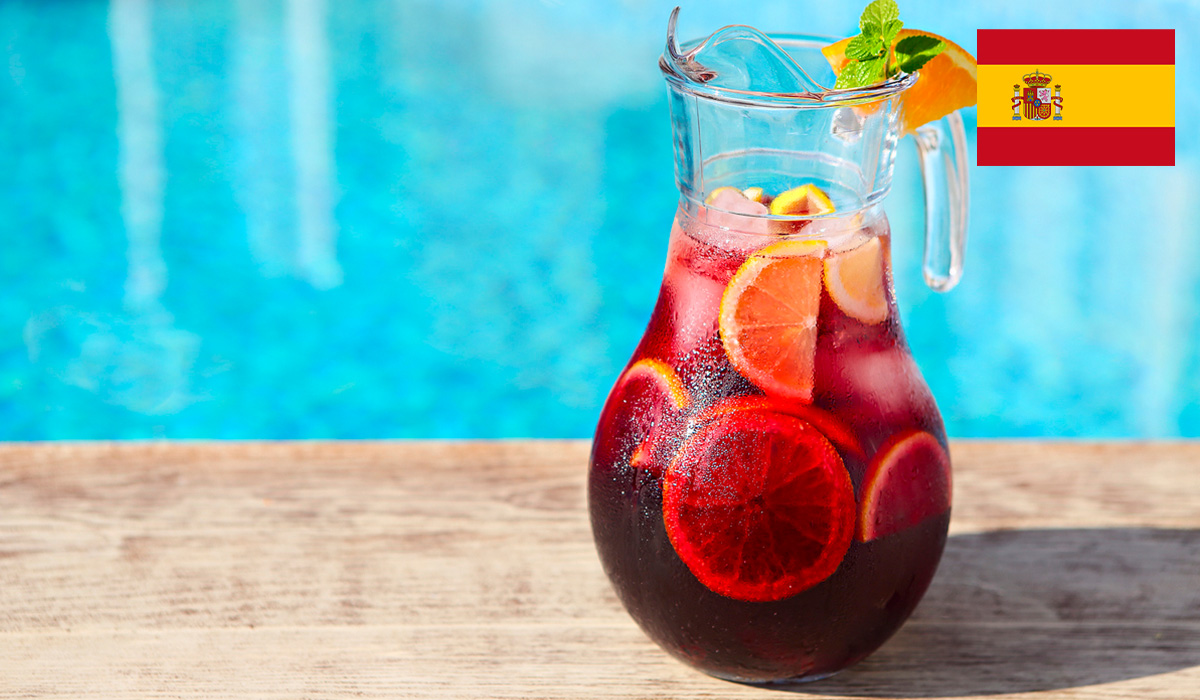 Sangria is an ideal cocktail for Australia’s summer celebrations – festive and great for a group. If you’re the kind of person who drinks red wine year-round, this could be the perfect warm-weather option for you. Contrary to popular opinion that sangria is only suitable for using up cheap bottles, many traditional recipes suggest a high-quality Rioja for the base. Records of a sangria-style drink stretch back to the 18th century and even earlier, and sangria is a Spanish word meaning “bleeding”, alluding to its crimson colour. The modern-day proliferation of this breezy punch sees various types made, with recipes calling for white wine, rosé, bubbly and more. You might also be surprised to know that sangria is protected under European labelling laws and can only be sold as such when produced in Spain or Portugal and under 12 per cent ABV. Pair it with smoked or spiced almonds, marinated olives, and meat or vegetable skewers grilled on the barbecue.

Also try: Kalimotxo, or red wine and coke, is a common cocktail in Spain, and it’s surprisingly tasty. 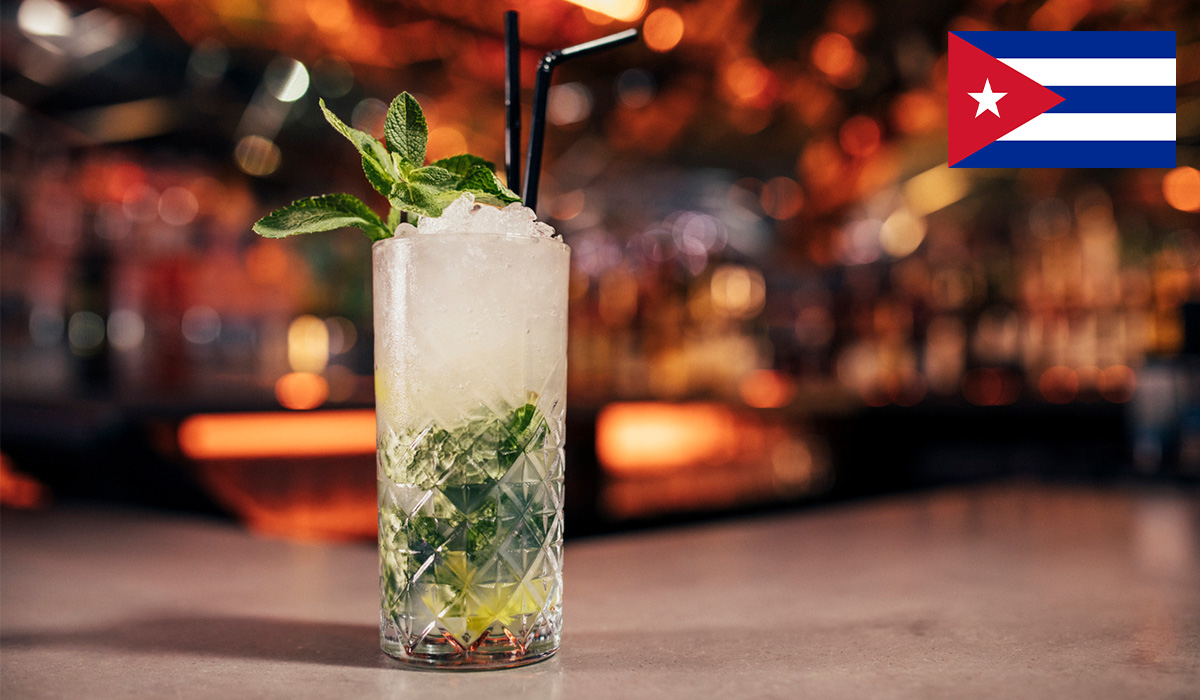 It wouldn’t be summer without a rum cocktail, and the mojito is a classic choice. Although this isn’t the most tiki type you could go for, with mai tais and pina coladas both hot options, a tall glass of ice, rum, cool mint leaves and bright lime juice still screams holiday by the beach. This Cuban cocktail has a murky history, but is believed to have originated in Havana sometime in the 16th century. Myths and legends aside, what’s undisputed is that this sweet, minty, limey drink is ideal for long, hot days. One of the most critical factors in creating it is the order of ingredients. Start by muddling fine sugar and lime wedges or stirring together lime juice and sugar syrup, swirl in some mint leaves, and then top with rum, ice, soda and garnishes. You can mix it up by using lemon instead of lime or basil in place of mint. Pair it with ceviche and other light seafood dishes.

This article features in part in issue #55 of Halliday magazine. For more drinks inspiration for the season, you can read the festive edition here. Not a member? Join today for digital access.