Wine writer and former Halliday tasting team member Campbell Mattinson has released his debut novel, We Were Not Men. Here's your chance to win one of five copies.

Few people can write a tasting note like wine writer Campbell Mattinson. He paints such a vivid picture of a wine’s characters and the experience of tasting it that each review almost becomes its own story – all in about 100 words. So, it’s perhaps no surprise the former member of the Halliday tasting team has turned his hand to fiction with his debut novel, We Were Not Men.

More surprising, however, is the fact this story is 30 years in the making, with Campbell starting it in the early 1990s. The book’s plot and structure have evolved over the years, but it follows the story of twin brothers Jon and Eden Hardacre, who are nine years old when they are taken into the care of their grandmother Bobbie in the wake of a terrible accident.

“Together, they try desperately to heal, to love and to make something of their lives. It’s a big story, full of heart, full of hurt, full of hope,” Campbell says. 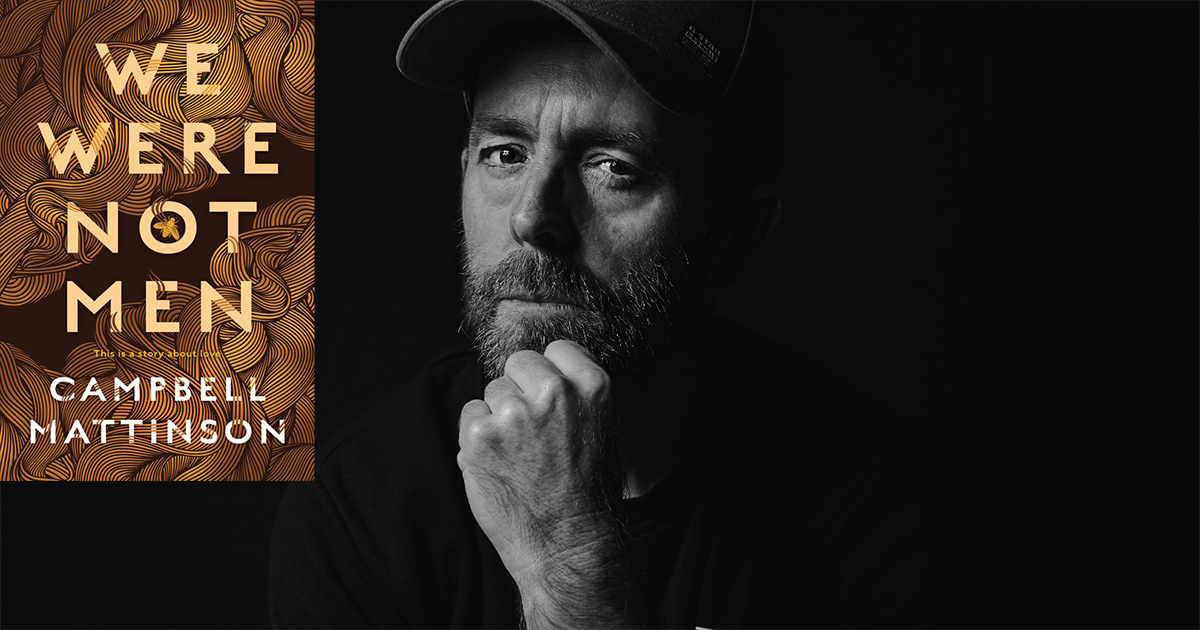 Despite the lengthy creative process behind the novel, now that it’s published, it’s only made Campbell want more. “You'd think, given that it’s taken me so long to get this book written, that I’d feel satisfied. But instead I feel more restless than ever. Partly because I’m desperate for people to like the book, and partly because I'm hungry to write more,” he says.

As for what comes next? “I’ve threatened to write a book on Grange for over a decade. It’s time to get it done. But more big-hearted fiction as well, hopefully.”

WIN
We have five copies of We Were Not Men to give away. For your chance to win, tell us in 25 words or less which wine would be in your glass as you start reading this book, and why.
Send your entries to mail@winecompanion.com.au before July 31.