Minimal intervention wines continue to spark interest and form discussions around the globe. With flavours embracing purity and the natural characteristics of fruit, it’s hardly surprising that they’ve become so popular — although this isn’t to say that everyone enjoys them. Produced in a variety of styles, there’s a whole other wine world to discover if you feel inclined — and if you haven’t already.

To start, let’s distinguish the difference between organic, biodynamic and natural wines. Broadly speaking, organic wines comply with the government-regulated principles of organic farming, made from grapes that are grown according to these guidelines. Regulations include no synthetic fertilisers, herbicides or pesticides. However, the specifications of organic wine can differ around the globe with some countries allowing sulphites, and some not. In the US, for instance, organic wine must not contain added sulphites, whereas here in Australia, Europe and Canada, sulphites can be added and will not affect the status of an organic wine.

Biodynamic wines come from vineyards using biodynamic practices – an agricultural approach introduced in the 1920s by Rudolf Steiner. Biodynamic and organic farming do share similar practices, yet the biodynamic approach further builds on the ideas. A biodynamic farm relies on the various phases of the moon, absorbing its pure and natural benefits. This is because during the time of a new and full moon, the pull effect can produce more water in soils, and this increased moisture encourages viticulture.

To the surprise of many, some organic and biodynamic wines can still contain additives, like yeast for instance. This is where natural wine steps in referring to an organic grape’s life after fermentation, where, in most cases, nothing more is added. Fermentation sometimes produces cloudy wines with unusual flavours and aromas. Although many enjoy these aspects in wine, it’s also the reason other people do not favour them over more traditional styles.

Minimal Intervention Wine in Australia and Around the World:

Just like more conventional wines, low-fi wines are produced all around Australia and in various countries around the world. In response to their growing interest, many wine companies are introducing them to their range. Stunning examples of shiraz from McLaren Vale are becoming increasingly popular, as is rosé from the Bendigo Wine Region and pinot noir from the Adelaide Hills. 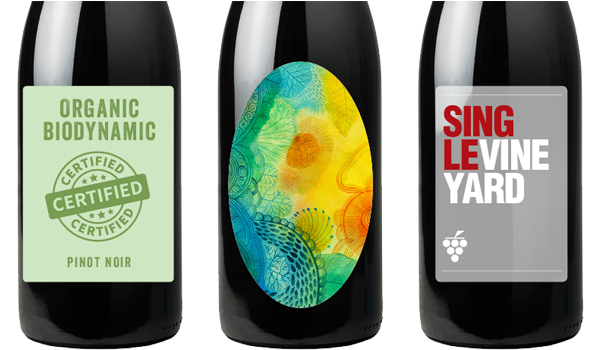 Some lo-fi wines are hard to distinguish as such, tasting and looking like more traditional counterparts. However, many minimal intervention styles  do taste different, designed to harness the fruit’s natural elements and the wine’s terroir to reflect their place and purity. It’s also not uncommon to discover sour, vigorous and spritzy qualities in these wines. When talking appearance, they can look cloudy or even dusty.

In the beginning, all wines were interference free. That was until 1847 when farming chemicals were introduced, and winemakers began using these additives during production. Wines made with more control came to the fore, and natural wines took a backseat. The 1920s marked the birth of organic and biodynamic wines when Rudolf Steiner introduced possibly the first organic farming system. In Australia, 2004 was a significant year when the First International Biodynamic Wine Forum was held in Beechworth, Victoria. The natural wine movement – striving for zero interference – became again known over the past 10 to 15 years, and today rapidly increases in popularity.

Some low-fi wines can be subtle in flavour, pairing well with fresh seafood and white meats. On the other end of the spectrum, they can be intense and suit indulgent dishes, including soft cheese and desserts. The dry sparkling varieties go well with spicy foods to provide refreshment, and orange wines are the perfect companion to roast dinners or great on their own.

Wild and intense characteristics are common within minimal intervention wines. Considering this, it’s handy to use a decanter before serving, which helps open the wine. When talking glasses, go large with wide brims, leaving room for the wine to breathe and its aromas to flourish. Gently pouring the wine down the side of the glass will ensure bubbles are not aggravated.