Campbells has a long and rich history, with 5 generations of wine making. There were difficult times: phylloxera’s arrival in the Bobbie Burns Vineyard in 1898; the Depression of the 1930s; and premature deaths. But the Scottish blood of founder John Campbell has ensured that the business flourished. There have been spectacular successes in unexpected quarters (white table wines, especially riesling) and expected success with muscat and topaque. Following the death of Colin Campbell in ‘19, daughters Jane and Julie Campbell are now at the helm, as managing director and head winemaker respectively. A founding member of Australia’s First Families of Wine. Exports to the UK, the US and other major markets. -JAMES HALLIDAY

Established in 1870, Campbells celebrates 150 years of family winemaking at their winery based in Rutherglen, North East Victoria. The home of Bobbie Burns Shiraz, The Barkly Durif, The Sixties Block and the world famous Rutherglen Muscat. A visit to our cellar door is a must where guests can be surrounded by our 120 year old barrels full of history and hear from our Campbells Team about why we do what we do.

Campbells Cellar Door is part of a working winery - it is a must visit to capture some of the action that is happening year round! Their fireplace is the perfect spot to cosy up to during winter with a glass of Durif or Rutherglen Muscat whilst in Summer the oaks shade the winery lawns for you to relax on. Visitors welcome throughout the year.

Our vineyard platters are available all day every day with a range of local cheeses and charcuterie!

All distribution details can be found here: https://www.campbellswines.com.au/contact 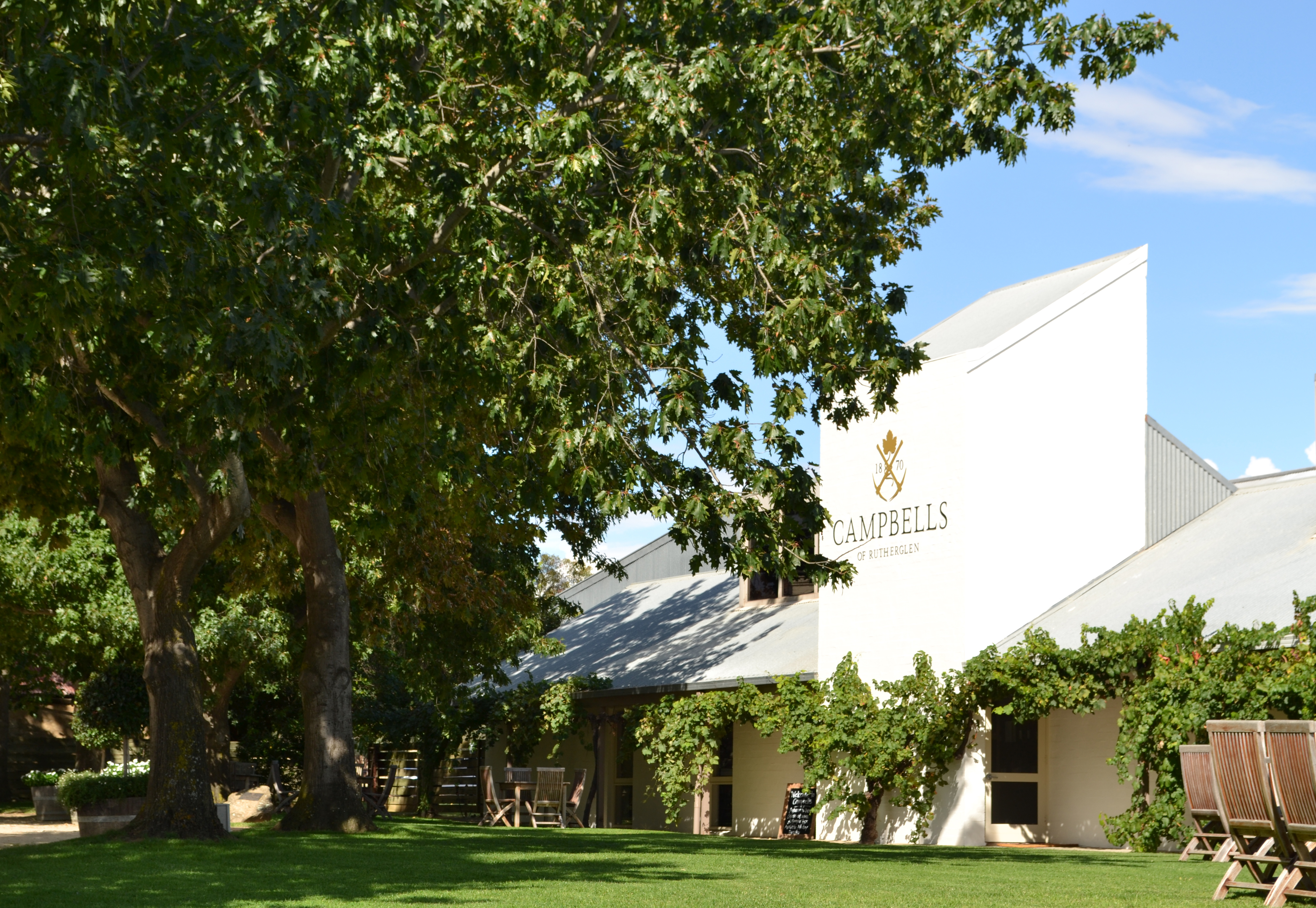