This month we take you across the country to visit some of the very best wineries on offer. 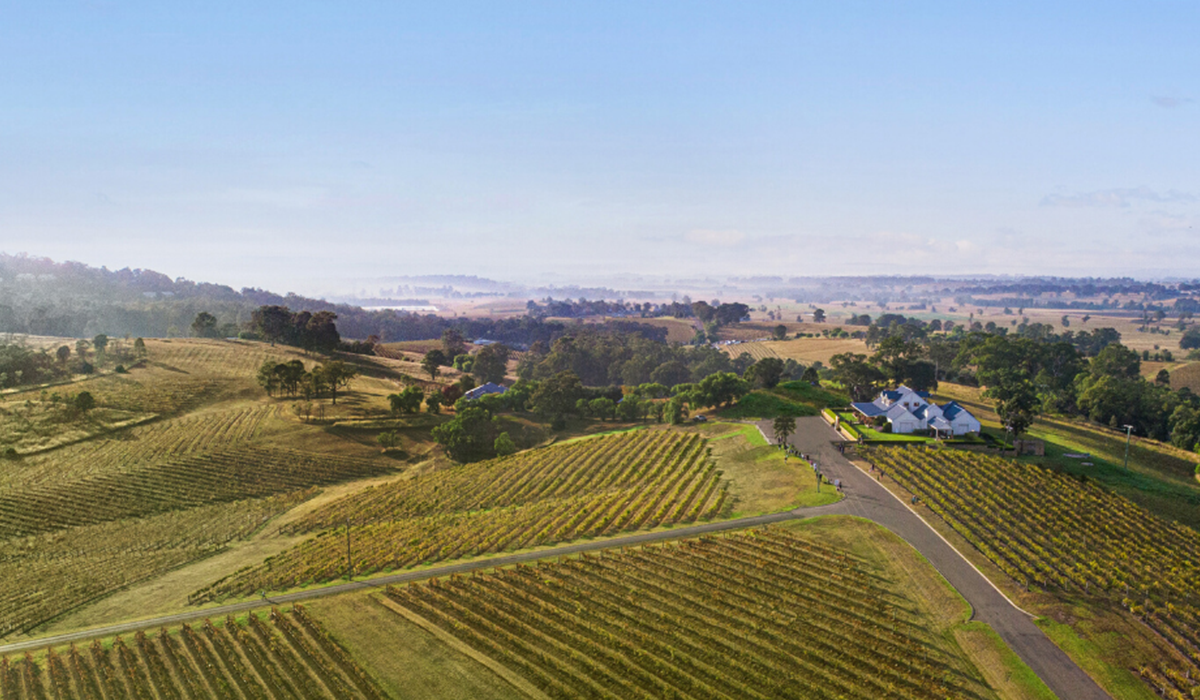 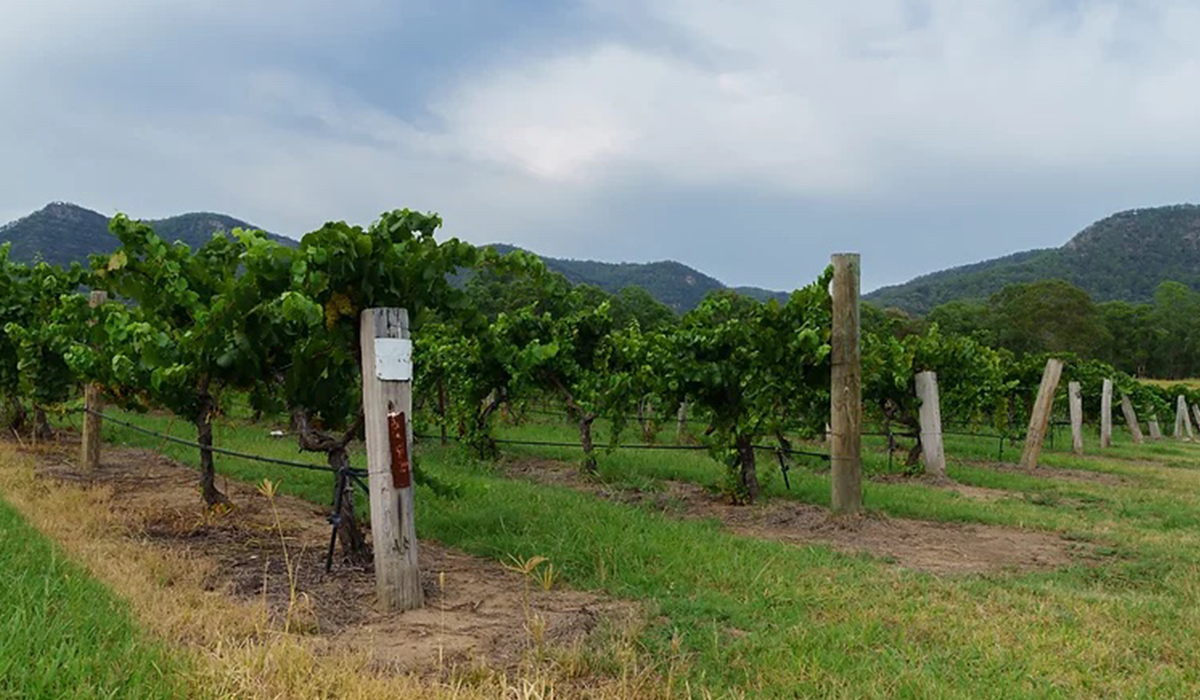 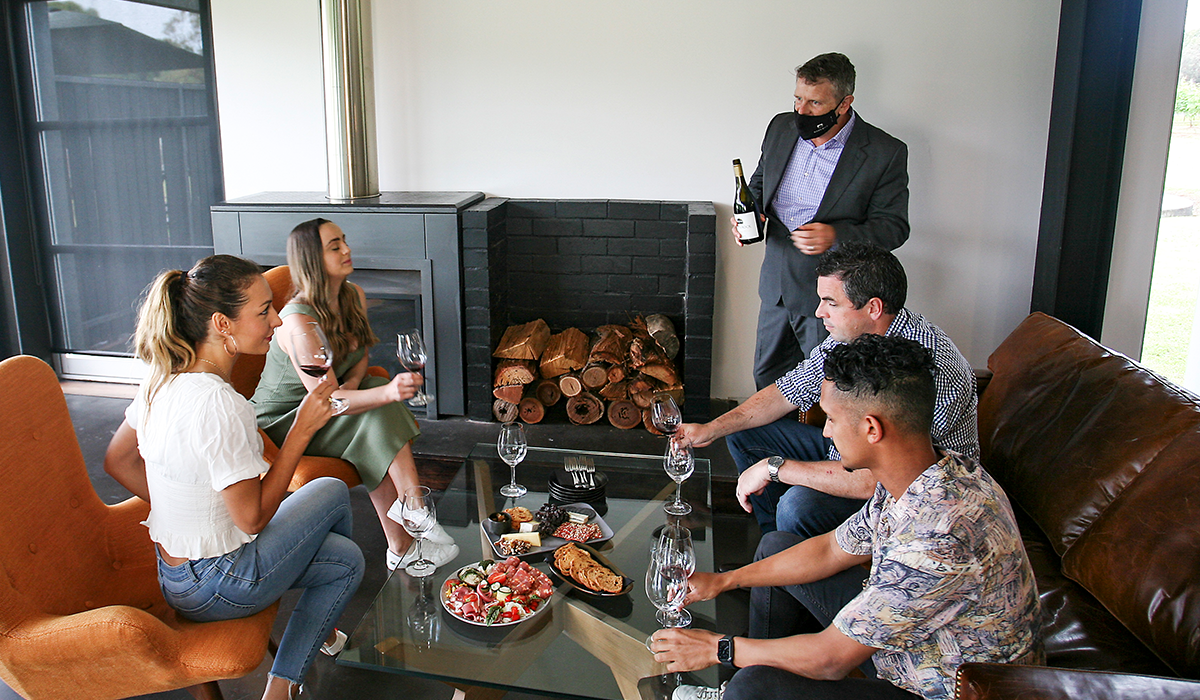 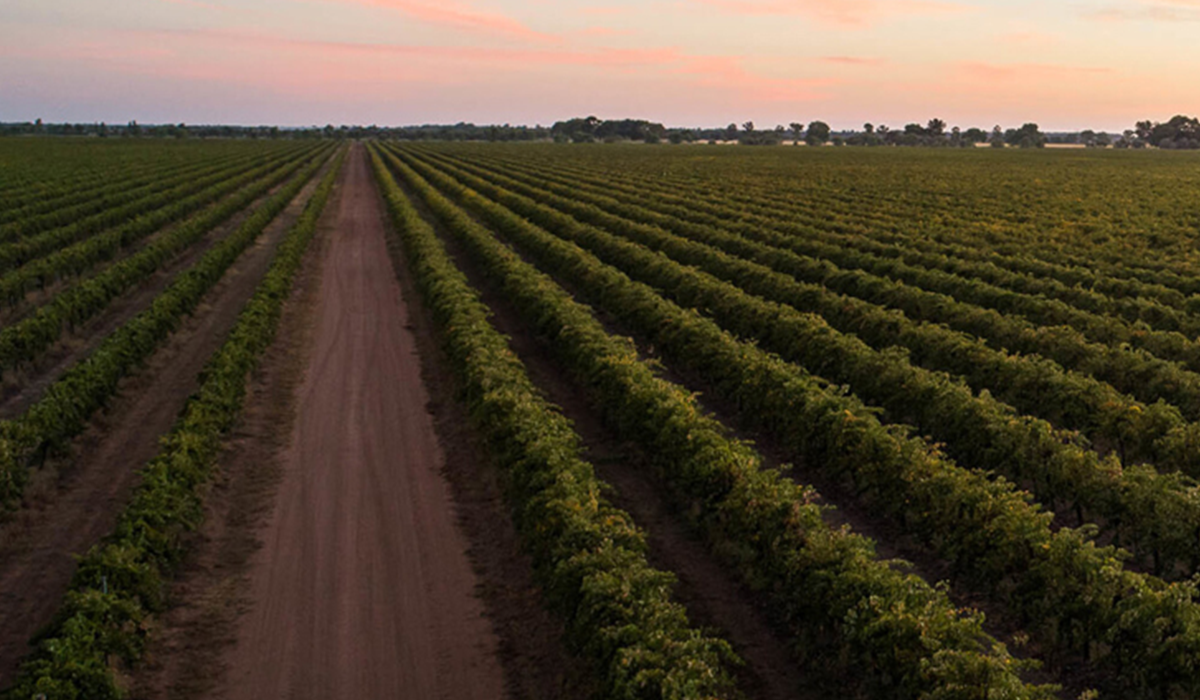 Pictured 1/5
Audrey Wilkinson is one of the most historic and beautiful properties in the Hunter Valley, known for its stunning views and pristine vineyards. It was the first vineyard planted in Pokolbin, in 1866. The property was acquired in 2004 by the late Brian Agnew and has been owned and operated by his family since. The wines, made predominantly from estate-grown grapes, are released in three tiers: Audrey Wilkinson Series, Winemakers Selection and Reserve; the latter only available from the cellar door. Exports to the US, Canada, UK, Finland and Czech Republic.

Pictured 2/5
Since purchasing the substantial Brokenback Vineyard in 2009 (a key part of the original Rothbury Estate, with the majority of vines over 50 years old), Bill and Vicki Widin have wasted no time. Initially leasing the Tempus Two winery, they completed the construction of their own winery and cellar door prior to the 2013 vintage. They have also expanded the range of varieties, supplementing the long-established shiraz, chardonnay and semillon vineyards with smaller plantings of verdelho, viognier, gewurztraminer, pinot gris and tempranillo. They have also had a string of wine show successes for their very impressive portfolio. In 2016, Leogate purchased a 61-hectare certified organic vineyard at Gulgong (Mudgee) planted to shiraz, cabernet sauvignon and merlot. Leogate has an impressive collection of back-vintage releases available on request. Exports to the UK, the US, Malaysia, Hong Kong and China.

Pictured 3/5
Pooles Rock was founded, together with the Cockfighter’s Ghost brand, in 1988 by the late David Clarke OAM, and acquired by the Agnew family in 2011 (who also own the neighbouring Audrey Wilkinson). The Pooles Rock winery is located in the Pokolbin sub-region of the lower Hunter on its historic Post Office block which is entirely Shiraz and has some vines of over a century in age. The white wines within the range are primarily from its Soldier Settlers vineyards located in the Broke sub-region of the upper Hunter, once again having some vines aged over a century. Over time, the emphasis has become one of site-specific iterations across three tiers: Single Vineyard (proprietary Hunter fruit), Premiere (externally sourced fruit from as far afield as South Australia and Tasmania) and Museum Releases (aged wines, incorporating all sources). The style is one of optimal ripeness, plump palate weight and precise structural latticework. Exports to the US and Canada. Note that the most recent wines from Cockfighter’s Ghost can be found under a separate entry.

Pictured 4/5
French for 'no equivalent', Sans Pareil is just that. Owner Aaron Salvestrin, a third-generation viticulturist whose family emigrated from Italy in the early 1950s, decided to widen the scope of the business after travelling the world to discover the modern palate. He created an in-house marketing team to cover everything from bulk wine to cleanskins and fully packaged wine, including the very elegant Black Label range of Cabernet Sauvignon, Merlot and Shiraz. Currently they are exporting to the UK, Germany, Belgium, Papua New Guiney, New Zealand, Fiji and Canada.

Pictured 5/5
The McLean family has a multi-pronged grapegrowing and winemaking business with 182 hectares of vines on the Murray River. The lion's share is given to chardonnay, shiraz, cabernet sauvignon and merlot, with lesser quantities of semillon, sauvignon blanc, durif and petit verdot. There is also a very small planting at Myrniong in the Pentland Hills where the main cellar door is situated. There are four other cellar doors: Moama (Cnr Perricoota Road and 24 Lane), Lorne (150 Mount Joy Parade), Echuca (53 Murray Esplanade) and Bendigo (3 Belvoir Park Road). Exports to China. 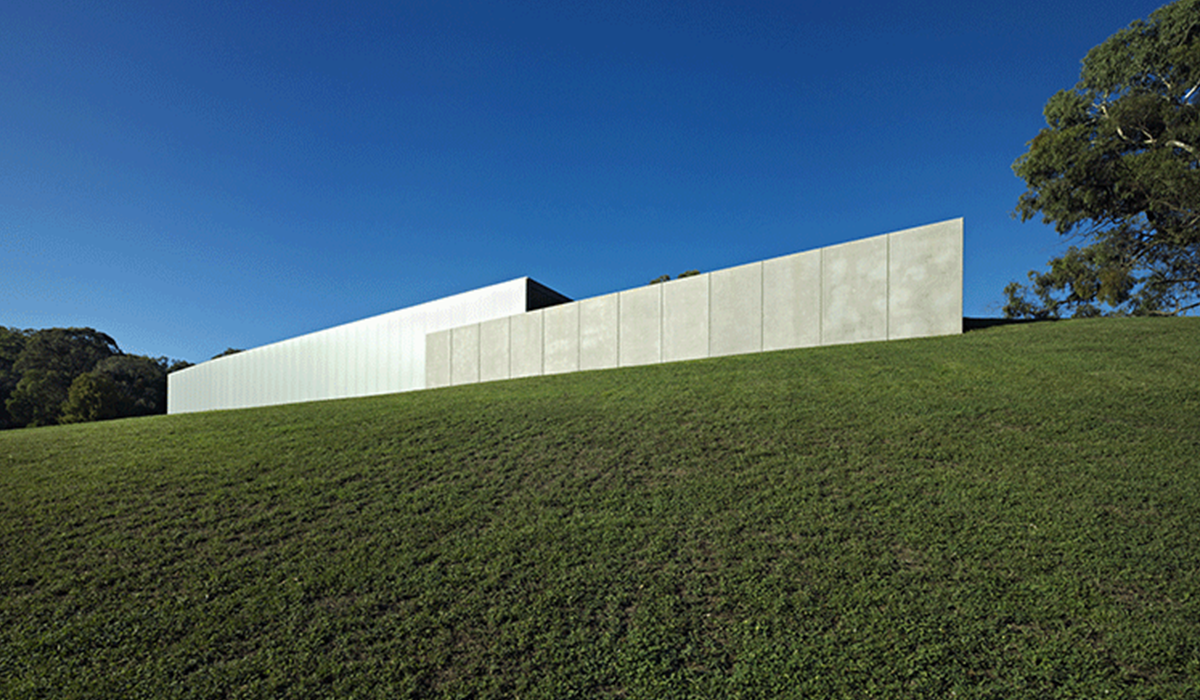 Pictured 1/3
The vineyard was planted in the 1960s with just under six hectares of shiraz, just under three of cabernet sauvignon, and a field blend of chardonnay, verdelho and riesling (there was very little planted in Australia at that time). The first owner made a little wine for his personal use, but most of the grape production was used to make excellent grappa, although history doesn’t relate how it made its way to market. More recently the grapes were sold to other wineries, and a major part continues to be sold. The current owners are Peter Nash, previously an insurance underwriter, and Josephine Hands, a former teacher. Ardent wine lovers with a history of small investments in wine, their next step in retirement was to become vignerons – and to put the property in trust for their grandchildren. They gave the winery its name because it shares three boundaries with the Australian Army.

Pictured 2/3
Clyde Park Vineyard, established by Gary Farr but sold by him many years ago, has passed through several changes of ownership. Now owned by Terry Jongebloed and Sue Jongebloed-Dixon, it has significant mature plantings of pinot noir, chardonnay, sauvignon blanc, shiraz and pinot gris, and the quality of its wines is consistently exemplary. Exports to the UK and Hong Kong.

Pictured 3/3
The wheel has come full circle for Ross and Robyn Wilson. In the course of a very distinguished corporate career, Ross was CEO of Southcorp when it bought the Penfolds, Lindemans and Wynns businesses under its banner. Robyn spent her childhood in the Yarra Valley, her parents living less than a kilometre away from Medhurst. The vineyard is planted to low-yielding sauvignon blanc, chardonnay, pinot noir, cabernet sauvignon and shiraz vines. The winery focuses on small-batch production and also provides contract winemaking services. The visual impact of the winery has been minimised by recessing the building into the slope of land and building the barrel room underground. The building was recognised for its architectural excellence at the Victorian Architecture Awards. The arrival of Simon Steele (his loss much mourned by Brokenwood) has enhanced the already considerable reputation of Medhurst. 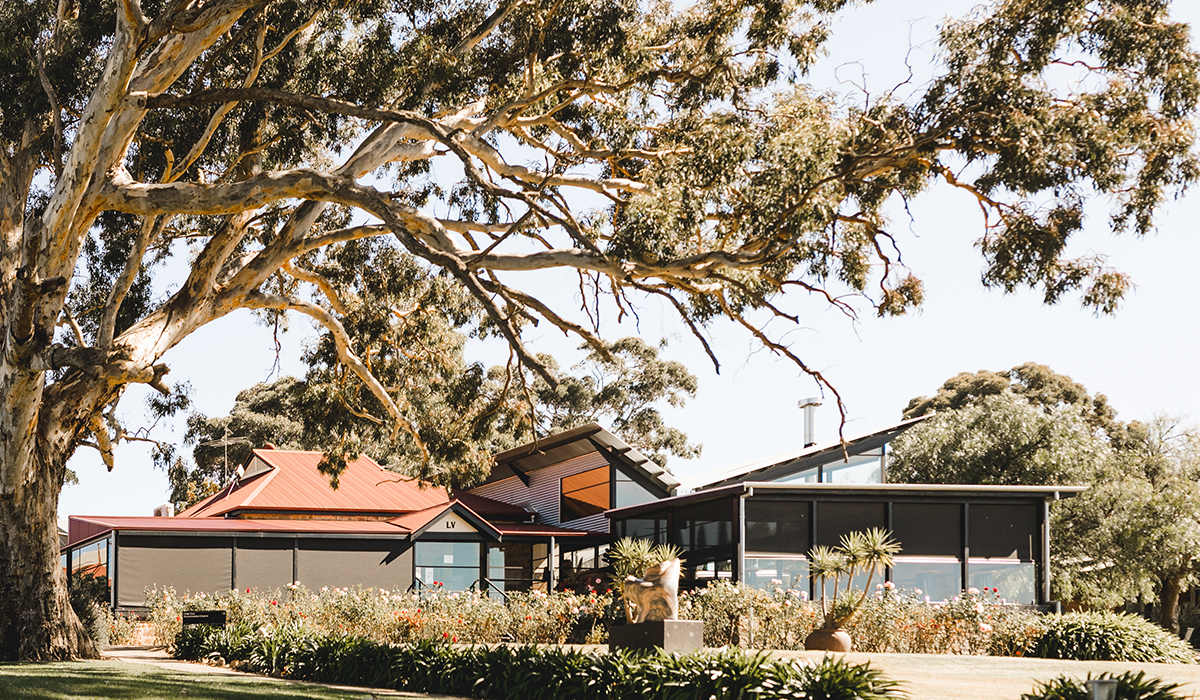 Pictured 1/5
Chris Coulter was a chef for 22 years before falling in love with wine in the early 1990s and working a vintage at Coldstream Hills. In 2007 he undertook a winemaking degree and secured work with Australian Vintage Limited, gaining large-volume winemaking experience first in Mildura and then at (the then) Château Yaldara in the Barossa Valley, remaining there through 2014 under Australian Vintage Limited, and thereafter as part of the 1847 winemaking team after its acquisition of the Yaldara site. Coulter Wines was born in the 2015 vintage as a side project, making wines from another universe – nothing other than SO2 is added, movements are by gravity and the wine is unfiltered. He purchases and hand-picks grapes from vineyards mainly in the Adelaide Hills. Exports to Singapore.

Pictured 2/5
The brand-new, first solo pursuit of young winemaker and Dell’uva cellar hand Stuart Bloomfield, following a dozen vintages in the Barossa, Hunter Valley, Los Caneros, Napa and NZ. An inaugural release of grenache, touriga naçional and G.S.T. red blend landed in 2021, with cabernet and shiraz set to follow. Volumes are tiny, typically just one or two barrels of each label, and fruit is sourced in Bethany from mostly young vines of Stuart’s parents-in-law, Rob and Anna Schrapel. Contract crushed and pressed at Bethany Wines, Stuart matures his wines in Schrapel’s shed. Larger proportions of new oak than usual for young-vine fruit is seamlessly integrated, thanks to fermentation in barrels – a logistically tricky craft that Stuart picked up at Provenance Vineyards in the Napa, and seems to have mastered in his first commercial attempt. Classy labels adorn sensibly lightweight bottles.

Pictured 3/5
Hare’s Chase is the creation of two families, headed respectively by experienced winemaker Peter Taylor and general manager Mike de la Haye. They own a 100+ year old vineyard in the Marananga Valley area of the Barossa Valley. The simple, functional winery sits at the top of a rocky hill in the centre of the vineyard, which has some of the best red soil available for dry-grown viticulture. In 2016 Peter and Mike said, "After 15 years of developing Hare’s Chase, we are starting to believe we may one day give up our day job". Exports to the US, Canada, Switzerland, Singapore, Hong Kong, Malaysia and China.

Pictured 4/5
With a lifelong involvement in wine and hospitality, the Saturno family has been at the helm of Longview since 2007. Plantings of barbera, grüner veltliner, riesling, pinot noir and new clones of chardonnay and pinot grigio were added to the existing shiraz, cabernet sauvignon, nebbiolo and sauvignon blanc. A new cellar door and kitchen was unveiled in 2017, adding to 16 accommodation suites, a popular function room and unique food and wine events in the vineyard. Exports to the UK, Ireland, Canada, Denmark, Finland, Hungary, Germany, Singapore, Thailand, Hong Kong, the US and Sweden.

Pictured 5/5
Smidge Wines is owned by Matt Wenk and wife Trish Callaghan. It was for many years an out-of-hours occupation for Matt; his day job was as winemaker for Two Hands Wines (and Sandow’s End). In 2013 he retired from Two Hands and now plans to increase production of Smidge to 8000 dozen over the next few years. His retirement meant that Smidge wines could no longer be made at Two Hands, and so winemaking operations have been moved to McLaren Vale, where Matt and Trish are currently leasing a small winery. Smidge owns the vineyard in Willunga that provides the grapes for all the cabernet sauvignon releases and some of the McLaren Vale shiraz. The vision is to build a modern customised facility on the Willunga property in the not-too-distant future. The Magic Dirt shiraz wines are made in the same way, the purpose to show the impact of terroir on each wine: 14-16 days in an open fermenter, then after 10 months in barrel a selection of the best barrel is transferred to a single two-year-old French barrique and a further 14 months of maturation follows. Exports to the UK, the US, Korea and China. 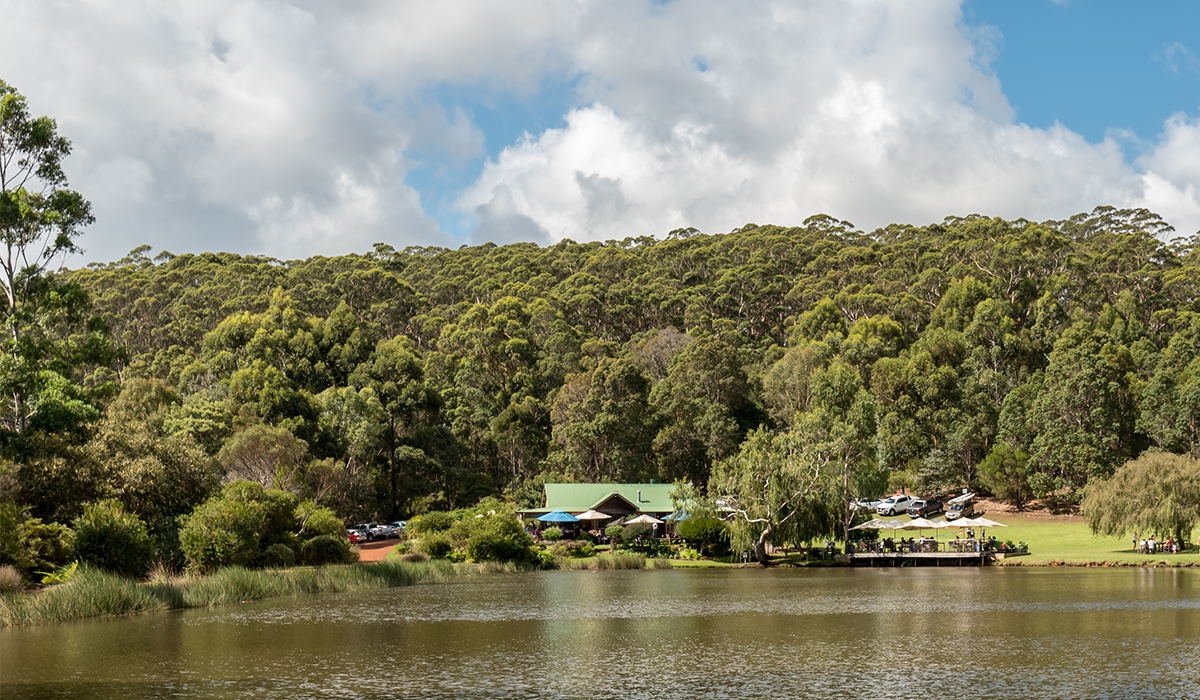 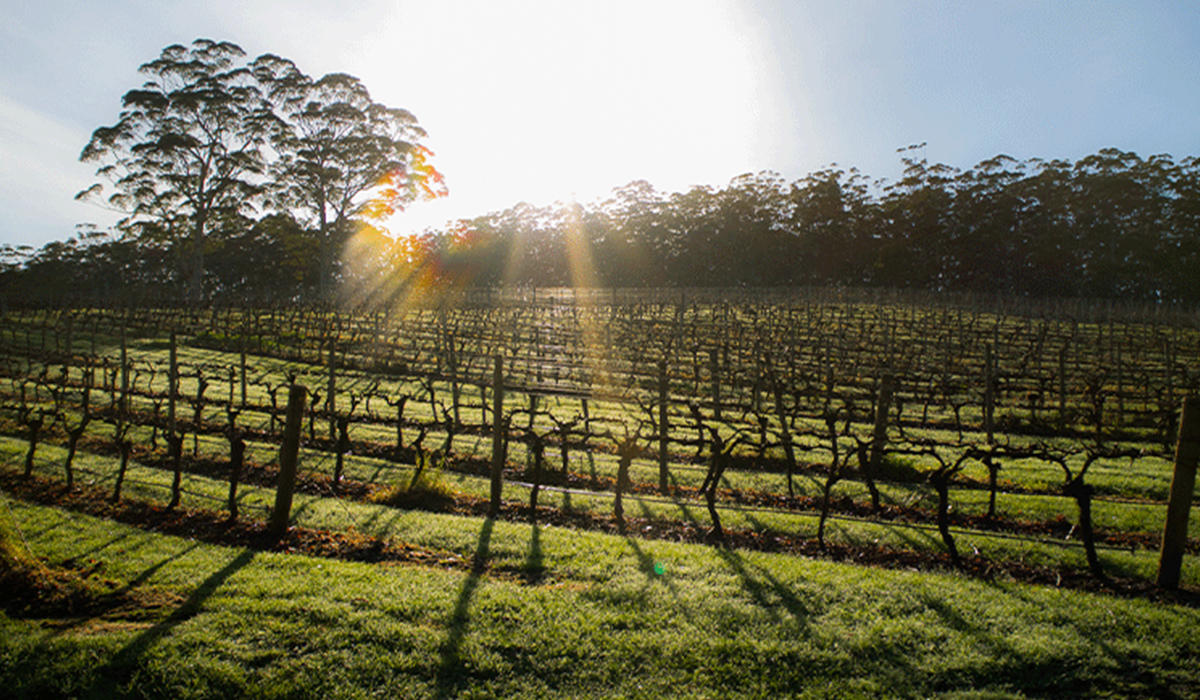 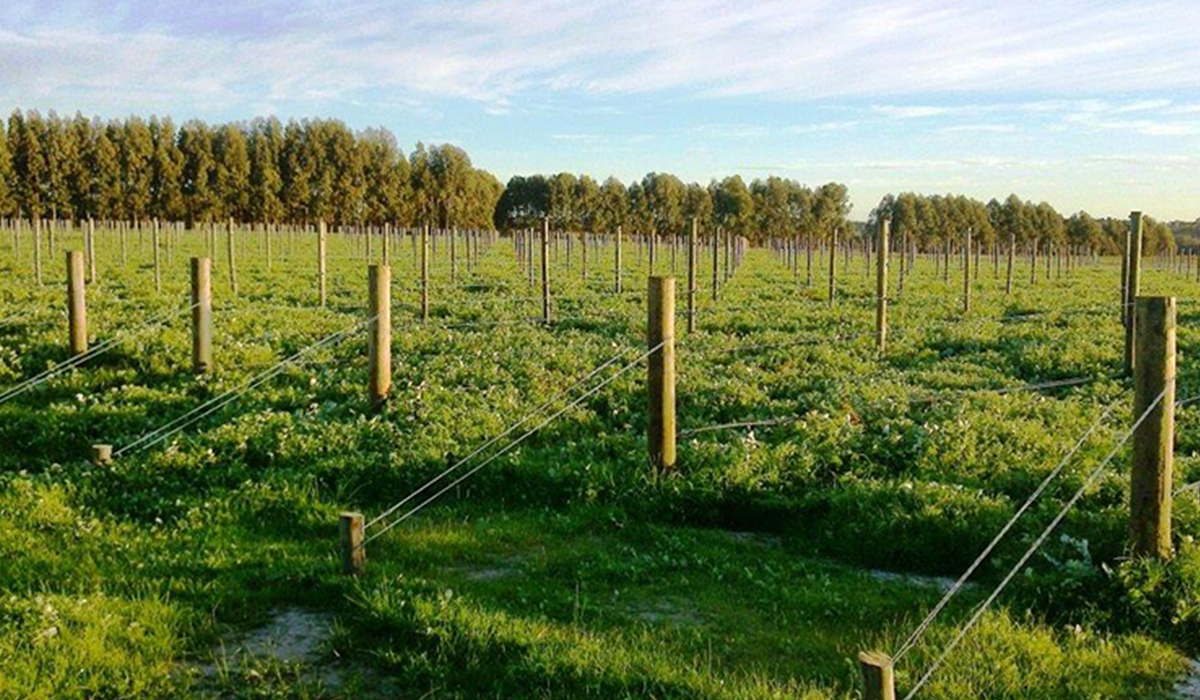 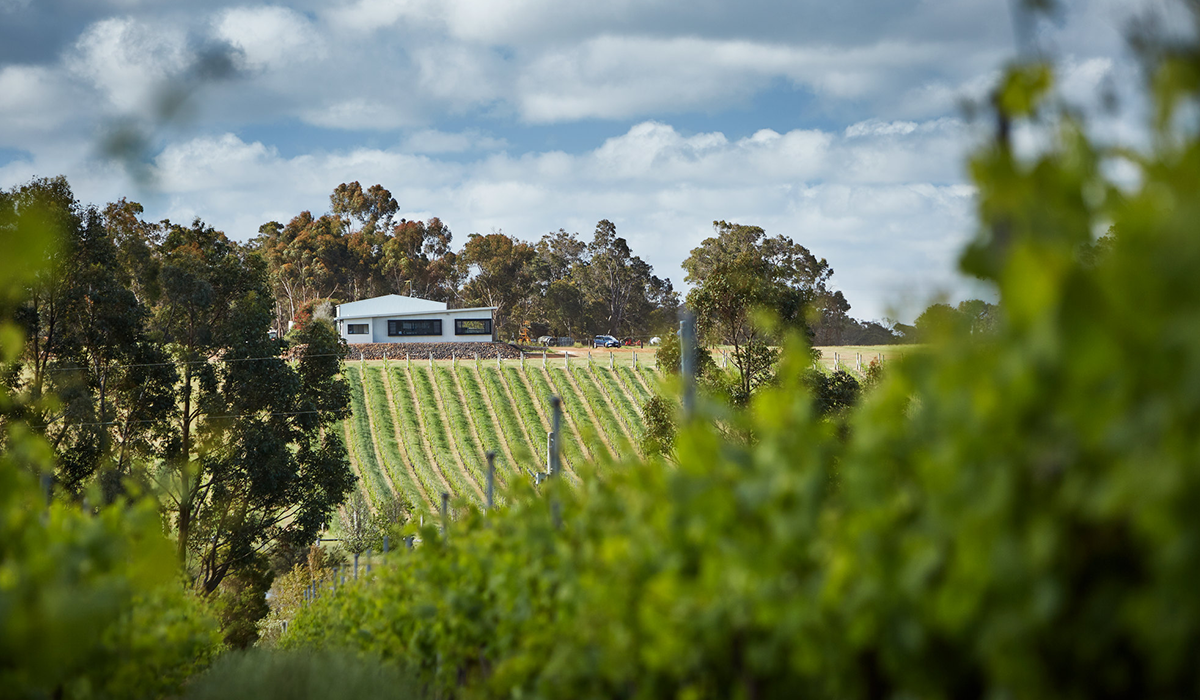 Pictured 1/4
Garry Capelli and Leanne Rogers purchased the property in 2005 and have restructured the vineyard to grow varieties suited to the climate – chardonnay, pinot noir, semillon and sauvignon blanc – incorporating biodynamic principles. They also manage a couple of small family-owned vineyards in Frankland River and Mount Barker with a similar ethos. Wines are released in 3 tiers: the flagship Premium Reserve range, the Premium Block range and the quirky He Said, She Said easy-drinking wines. The combined cellar door, restaurant and gourmet food emporium is a popular destination. Exports to Singapore and China.

Pictured 2/4
The Rockcliffe winery and vineyard business, formerly known as Matilda’s Estate, is owned by citizen of the world Steve Hall. The wines reference the names of local surf places, headed by Rockcliffe itself but extending to Third Reef and Quarram Rocks. Over the years, Rockcliffe has won many trophies and gold and silver medals in wine shows. Exports to the UK, Canada, Malaysia, Singapore, Thailand, Japan, Taiwan and China.

Pictured 3/4
This is a winery that was bound to succeed. It is owned by the Jebsen family, for many years a major player in the importation and distribution of fine wine in Hong Kong, more recently expanded into China. Jebsen invested in a NZ winery, following that with the acquisition of this vineyard in Margaret River in 2005. It brings together senior Jebsen managing director Gavin Jones, and peripatetic winemaker Aldo Bratovic, who began his career decades ago under the tutelage of Brian Croser. The quality of the wines lives up to what one would expect. It commenced selling wine in Australia in 2014, with Terroir Selections its Australian partner, another intersection with Brian Croser. Exports to Denmark, Germany, Singapore, Taiwan, Hong Kong, China and NZ.

Pictured 4/4
Judith and Gary Berson have set their sights high. They established their vineyard without irrigation, emulating those of the Margaret River pioneers, such as Moss Wood. The fully mature plantings comprise four hectares of chardonnay and a smaller planting of pinot noir; the remainder Bordeaux varieties with cabernet sauvignon, cabernet franc, malbec and petit verdot. The cellar door overlooks the 20+ year old vineyard.