Get to know four greats of Australian wine

To celebrate International Women’s Day, we revisit conversations with some very talented winemakers in Halliday magazine. 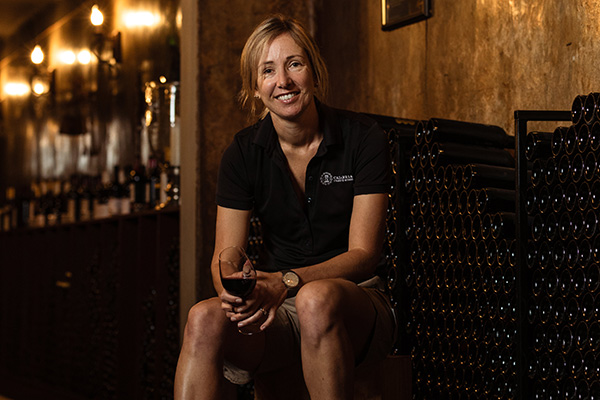 “Until the day that I put in my university application, I wanted to be a dietitian. Then at the last moment I thought I couldn’t sit in a sterile, white-walled room all day – at least that’s how I was picturing it. So I switched it and put down winemaking instead.” Wide-eyed and fresh out of high school, Emma set her course into the world of wine. “I didn’t know that shiraz was a red or that chardonnay was a white – I didn’t know anything about grapes,” she says. “It was all a bit of a fluke.”

Emma managed to turn that fluke into a hat-trick of successes, going on to work with one of Australia’s most recognised brands, Penfolds, then handle a huge output for one of the country’s largest wine companies, Casella, and more recently becoming chief winemaker of Calabria Family Wines. This all suggests it was a little more like fate.

Emma credits supportive peers with helping her through – in particular, she cites Seppeltsfield senior winemaker Fiona Donald. “We worked together at Penfolds. She’s older than me and has been a level-headed mentor when it comes to being a female in this profession, always willing to take time out and talk with me when I’m not sure what to do,” Emma says.

As a former Winemaker of the Year in the Australian Women in Wine Awards, Emma is often asked if the industry needs such gender-specific recognition. In response, she points to the type of role modelling she’s received from colleagues and friends like Fiona. “It’s about highlighting pathways for women,” she says. “I was fortunate to have great female mentors, and if younger females can find similar examples to look up to, then I think these awards are warranted.” 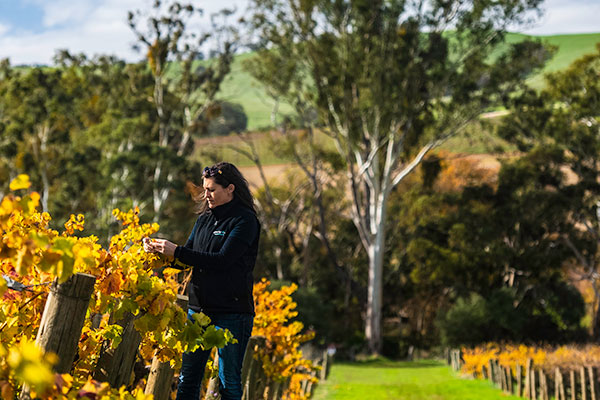 “I went straight from high school to Roseworthy and that was a little out of left-field for me,” Kerri Thompson says. “I was 17 when I started winemaking, so it wasn’t for a love of wine per se, but more about the opportunities associated with the industry. I wanted to specialise in something science-based, but where I wasn’t stuck in a laboratory. I wanted to be able to travel and celebrate other languages and cultures… I was advised to check out the agricultural courses at Roseworthy and it was there that I was hooked.”

“I started out at the Clare Valley’s Quelltaler in 1993. Back then, being a female in the wine community was still relatively rare – not as rare as when someone like Pam Dunsford [a pioneer for women in the Australian wine industry] went through, but it was still new, so I felt fortunate to have been given a break.”

Kerri went on to work with top brands including Wirra Wirra and Leasingham, completing vintages overseas in between, and eventually started her Clare Valley label Wines by KT, which has become a sought-after name for riesling and gotten the nod from James Halliday with five red stars. 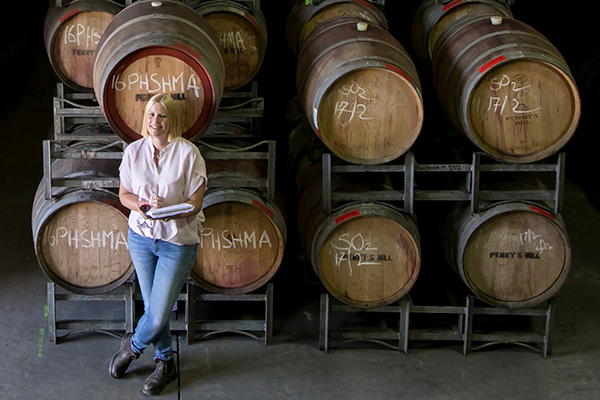 While other kids in her year were fetching lunches and doing tedious tasks designed to keep work experience students busy, Alexia Roberts was immersed at Penfolds. As a 16-year-old with a passion for science and the outdoors, Alexia followed a family friend’s suggestion that she pursue a career in the wine industry. “I don’t remember how I managed to get Penfolds! I didn’t have any contacts and I’m not from a wine family, so I guess I just wrote them a letter. Penfolds must have seemed like a good place to start!” she laughs.

Alexia’s first job out of uni was a lucky break at McLaren Vale’s Wirra Wirra, with vintages in places such as Tuscany and Burgundy along the way. Since 2013 though, she’s been responsible for the wines at Penny’s Hill, wasting no time in making her mark.

During her short time at Penny’s Hill, Alexia has collected several major international wine awards, including the World’s Best Cabernet at France’s Concours International des Cabernets, and the Best Australian Red in Show two years running at Mundus Vini in Germany, each for different wines.

It’s been a big few years for Alexia. In addition to scooping awards, getting to know the Penny’s Hill vineyard sites and refining the wines, she has also welcomed her second child. “She was born just after my second vintage and came everywhere with me,” she says. Cue lots of baby-wearing around the winery. “She used to always want to grab the pipettes as I was trying to blend the wine. The best part was how well other people embraced it. They were really happy for me to bring her to the winery and tastings and were really accommodating. There can be some great flexibility in the world of winemaking. It’s just about making it possible and working with the people who let you make it possible.” 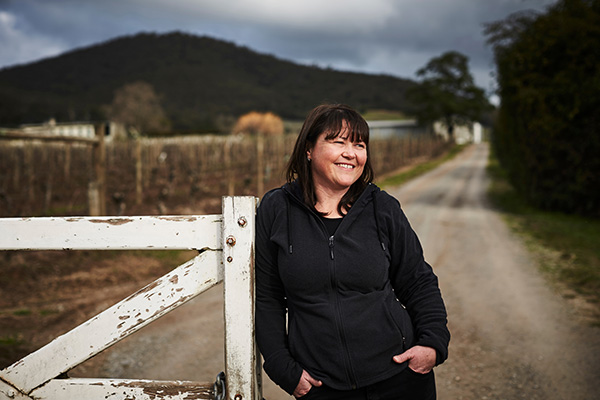 Sarah Crowe, chief winemaker at Yarra Yering
Learning from the past to build a stronger future.

Sarah Crowe’s arrival to the world of wine was “a bit of an accident”. Her background in horticulture led to a gig in a vineyard, and there the seed was planted, ultimately leading to her switch to winemaking more than a decade ago.

Sarah’s first senior wine role was at the Hunter Valley’s Bimbadgen, where she met friends and mentors such as Samantha Connew (who is now behind top Tasmanian label Stargazer Wine). She honed her skills in the region for nearly a decade, with a particular focus on shiraz, and completed the prestigious Len Evans Tutorial and Future Leaders of Wine programs, which she credits with helping her to better understand her own values.

In 2013, Sarah made the move to the Yarra Valley for the role of head winemaker at Yarra Yering, stepping into the sizeable shoes of Dr Bailey Carrodus. With this came the challenges of expectation and a new wine style, which Sarah has taken in her stride. Her skill in filling this important role was recognised by James Halliday when he named her Winemaker of the Year.

Without forgetting the brand’s history, Sarah is ensuring Yarra Yering moves with the times, and the work she’s been doing has been overwhelmingly positive, resulting in consistently strong reviews and scores for the wines. Off the back of her involvement with the Australian Women in Wine Awards, Sarah is also collaborating with a group of Yarra Valley women in the industry to promote each other’s work and the region.

These are extracts of profiles that appeared in Halliday magazine.