The Yarra Valley’s Yering Station has a new senior winemaker, with Brendan Hawker at the helm. Here, he shares his excitement and a little about what lies ahead.

It's safe to say that Brendan Hawker knows his way around Yering Station. Having first joined the Yarra Valley winery as a cellarhand in 2008, he has since clocked up a total of eight years working in the business across various roles. With experience also in New Zealand, Champagne and the Napa Valley, plus wineries in his native South Australia as well as Victoria, Brendan is excited to bring it all together in his new role here as senior winemaker.

“It’s going to be about trying to keep out of the way of the vineyards expressing themselves,” he says of his approach going forward. “At the end of the day, it’s about focusing on wines that are elegant and expressing purity of fruit.”

This philosophy means Brendan has spent a lot of time in Yering Station’s vineyards since his return, working closely with the viticultural team, which is led by Rod Harrison. Having seen the intensive work that’s gone into their sites over the years, Brendan understands first-hand the improvements that have followed. These include an exponential rise in knowledge about their blocks and also fruit quality. 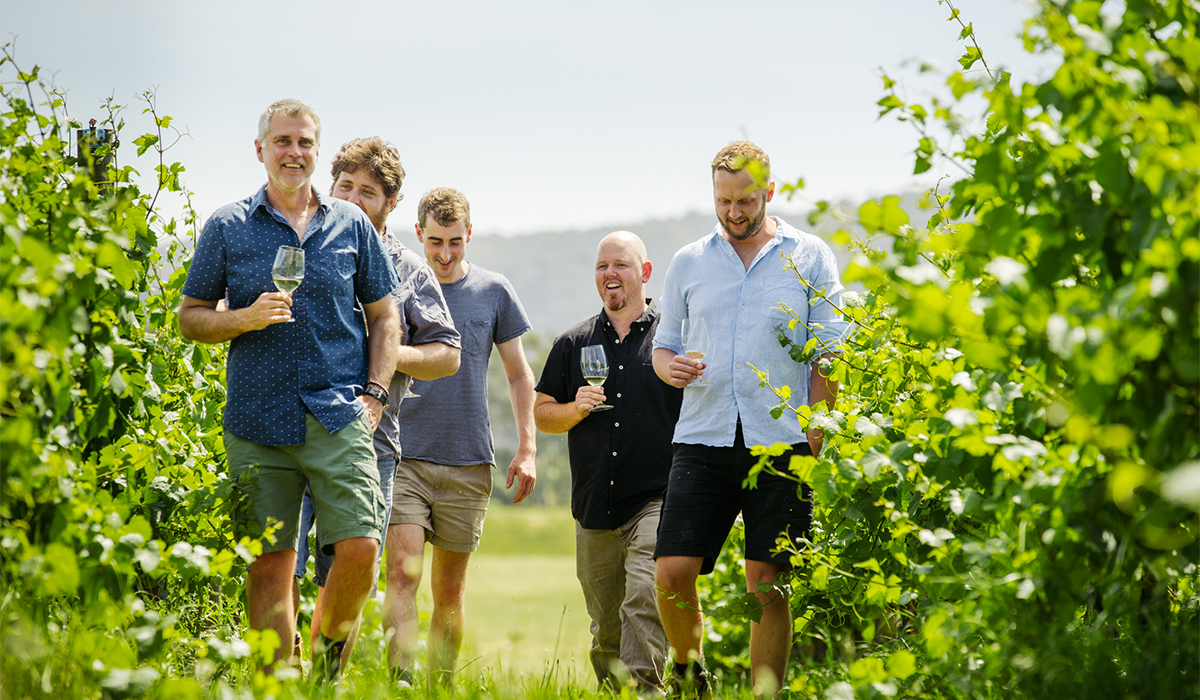 Brendan says it’s the depth and power he loves most about Yering Station’s wines, which span six labels and the Yarrabank sparkling range. He’s enjoying the challenge of refining their wines’ hallmark “seductive richness” with the ambition of taking them to the next level. This involves a focus on picking decisions to bring out more zesty, lively white wines, such as their chardonnay; he describes their best expressions as having elegance, texture, weight and flesh.

These decisions also help to produce the best possible red wines, from pinot noir to shiraz viognier, with Brendan keen to capture their distinctive juicy, crunchy red fruit and spiced characters, as well as freshness and texture. A slightly more restrained approach to their new oak program is also part of his plan.

As for what keeps Brendan excited about wine, he says it’s a “forever journey” of learning new things. “Every season is different, not just relating to the weather and vineyard, but also the people and personalities involved,” he says. Then there is the diversity of tasks involved in any given day. “You can be elbow deep in a drain trying to clear out a stinky blockage of winery waste one day, but that evening, you can be wearing a suit and talking to a crowd of people about your wines,” he says.

Brendan says it’s a privilege to head up the winemaking team, which is working to position the winery as a benchmark, not just for the Yarra Valley, but also Victoria. “I think we have a traditional winemaking history that combines with a modern approach to how we farm and make wine,” he says. “Combine that with exceptional vineyards in an ideal climate, and we have a bright future making expressive wines that will over-deliver.”

This article was produced in partnership with Yering Station, and first appeared in issue #57 of Halliday magazine.
Become a member to receive the magazine and also enjoy digital access.