From shiraz to syrah

Shiraz or syrah – whatever you call it, this affable grape variety remains an icon of the Australian wine industry. These six winemakers explain how they make theirs.

The syrah grape originated in the northern Rhone, and upon arriving in Australia in the 19th century, was remodelled as shiraz. Old World syrah, such as the style from France, is a medium-bodied, cooler-climate wine with a restrained and peppery palate. By comparison, Australian shiraz has traditionally been defined by intense, fruit-forward wines hailing from warm climates. These days, however, shiraz grows all around the country – with more and more winemakers championing cooler climate cultivation, it appears Old World is new again. These six producers from various regions delve into the iconic Australian variety. 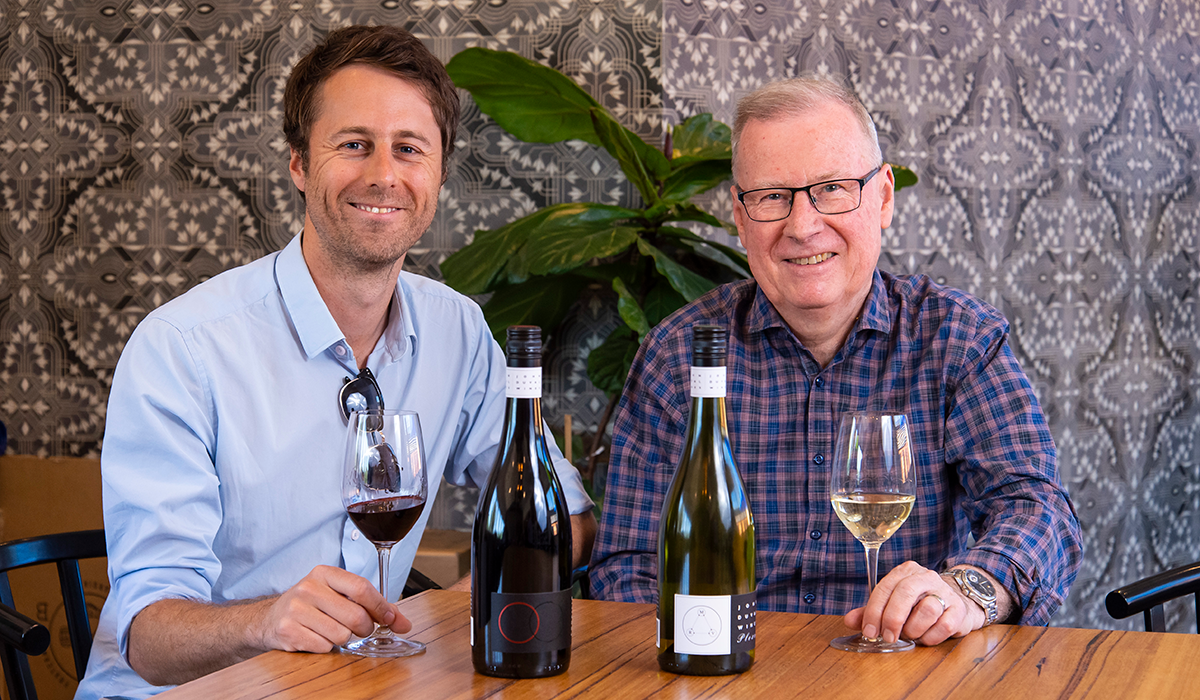 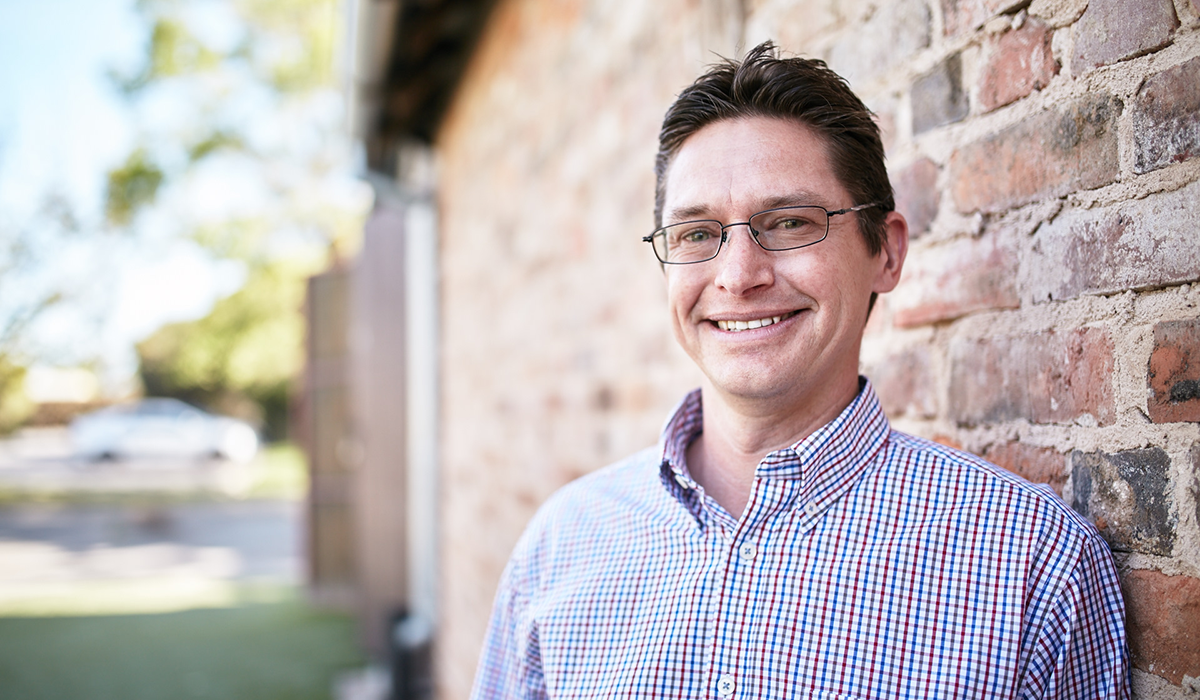 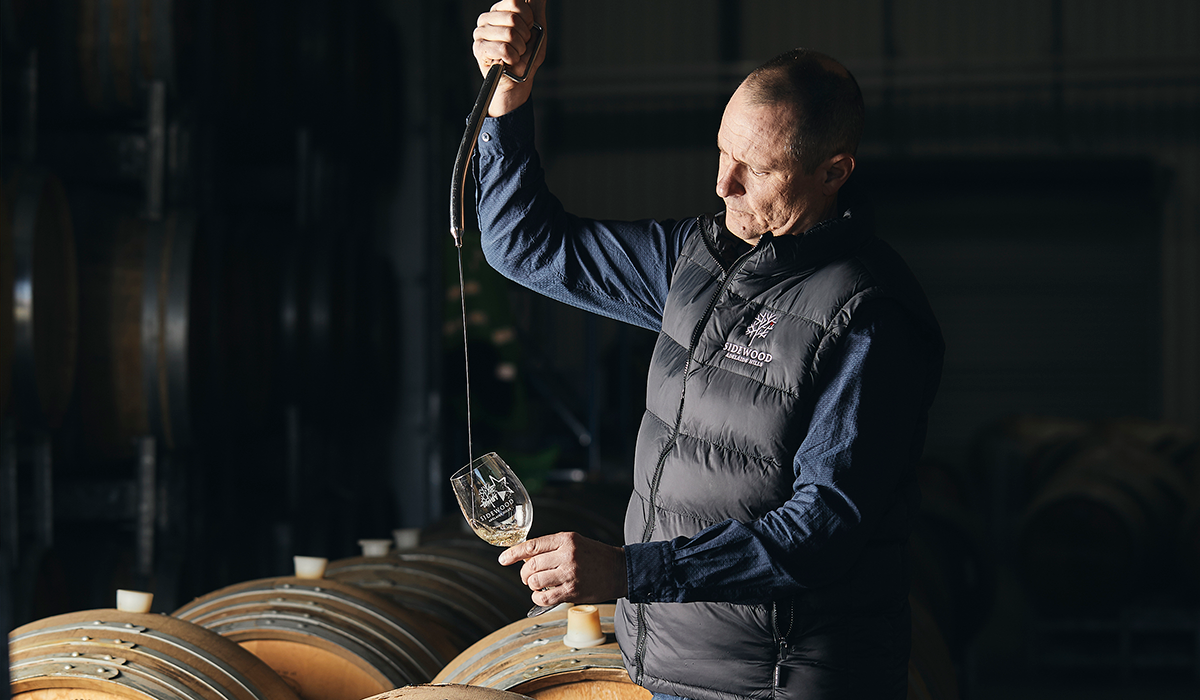 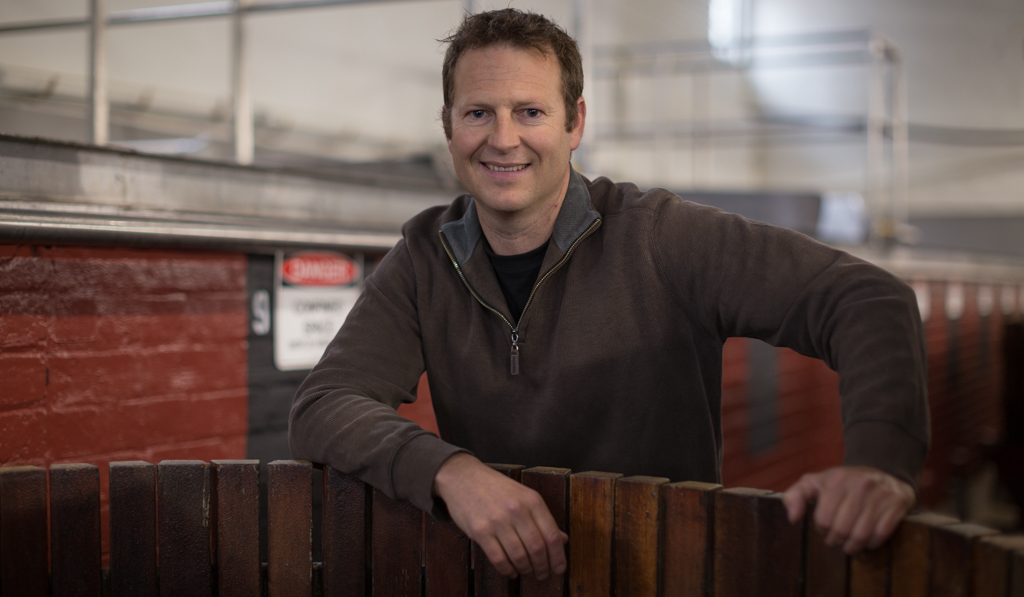 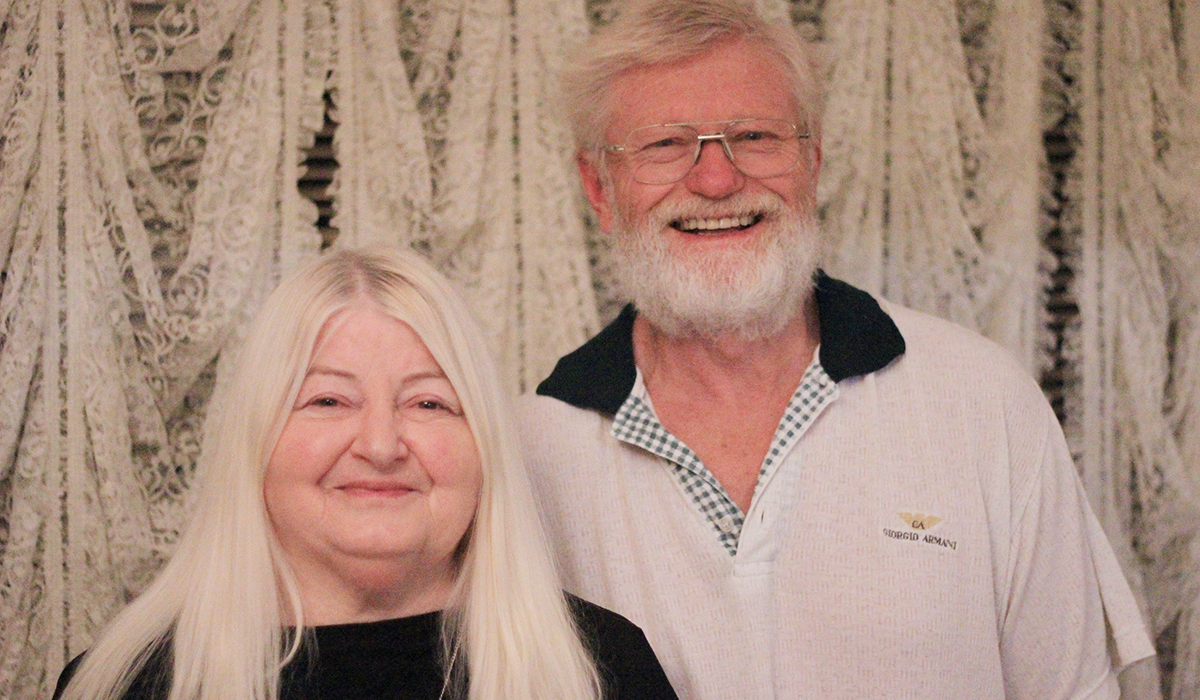 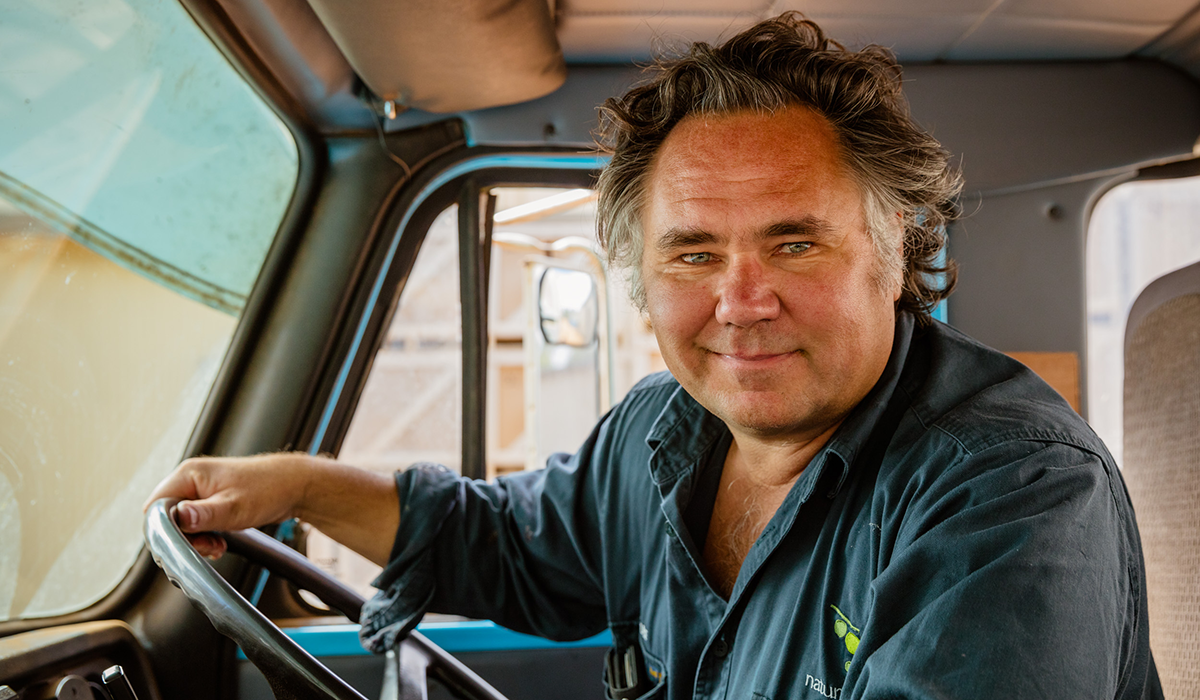 Brown Brothers has been one of Australia’s most recognisable family-owned wine companies since its establishment in 1889. The brand’s “Patricia” label takes its name from the family’s matriarch, Patricia Brown, and represents the very best in viticulture and winemaking. Brown Brothers winemaker Geoff Alexander plays a hands-on role in the production of the label’s signature Patricia Shiraz. “Our winemaking begins in the vineyard with small, premium parcels of fruit from key regions,” Geoff says. “The Patricia Shiraz is a Victorian blend, with fruit from warm and cool regions across the state. Each brings its own characteristics to the blend.” Geoff notes a shift towards Old World styles in recent years. “My wine now tends to be elegant, spicy and cooler climate in its fruit spectrum.” – Pictured image 2/6

Sidewood Estate’s Adelaide Hills sites provide long, slow ripening, allowing the production of wines with elegance and purity. “[Our shiraz] maintains a line of acidity and vibrancy often missing in warmer climate styles,” winemaker Darryl Catlin says. “We make shiraz to be versatile and with balance, complexity and restraint, not just a big, brooding monster designed for charred meat.” Sidewood is one label championing a refined style. “We have invested more time and resources in shiraz than any other variety, and the results have been excellent. Each of the parcels is vinified separately using some whole bunch and whole berry wild ferments, before seeing only French oak barrels. The result is a wine with the power and complexity of Australian shiraz and the stylish elegance of cool-climate syrah.” – Pictured image 3/6

Mount Benson Estate specialises in the cultivation and production of cooler climate shiraz. This style has been special to winemaker and owner Brian Nitschinsk for a long time. “I love that delicious peppery flavour, vanilla and lighter tannin, and the floral characters of violet, cherry, blackberry, and allspice,” he says. “Achieving these characteristics requires a watchful eye. We keep our vines in balance through pruning and limiting yield. We taste throughout the season, with flavour ripeness determining harvest timing and a section of a single block selected for our wines. What we’re seeking is that fine tannin structure while keeping the lovely floral characters.” – Pictured image 5/6

The complex soils of South Australia’s McLaren Vale drive the development of powerful, concentrated flavours and fine, textured tannins. These characteristics are hallmarks of Kay Brothers’s wines, accentuated by gentle handling techniques such as hand plunging, basket pressing and large oak maturation. “We have very intense fruit,” winemaker Duncan Kennedy says. “It needs to be caressed and not over-extracted.” The Kay Brothers Hillside Shiraz is crafted from the New Block 6 vineyard, which produces fruit that is flavoursome and with fine-grained tannins. “There has been a trend in recent years towards more fruit-driven wines, which has had a slight influence on our Hillside Shiraz, but the essence of the winemaking hasn’t changed much,” he says. “We are using larger oak barrels and taking the wines out earlier, which has made them more approachable in the early years while retaining the tannin and structure needed for good ageing potential.” – Pictured image 4/6

Bruce Dukes of Domaine Naturaliste is a winemaker and agronomist, having spent time studying agricultural science, and his passion for viticulture shapes his winemaking practices. His flagship syrah the “Rachis” refers to the botanical name for the bunch stem onto which the individual berries are attached – which he includes in the wine production process. “The rachis contains additional tannins, perfumes and flavours to those found in the fruit. When the rachis is ripe and treated gently, it can bring an ethereal complexity to the wine,” Bruce explains. “I first encountered great syrah in the mid-1990s, paired with wild boar at a small bistro in Tournon, in France’s Rhone region,” he says. “[Syrah is] a chameleon of a variety, readily conveying the personality of its site and climate – when grown in the Margaret River, it exudes fragrance, spice and verve.” – Pictured image 6/6

John Duval has been making shiraz for 47 vintages in South Australia’s Barossa region. He and his son, Tim, know that exceptional winemaking begins in the vineyard. “There is no substitute for walking rows, tasting berries and developing an intimate understanding of each of our sites,” Tim says. The John Duval Entity Shiraz includes small parcels of fruit from different districts and soil types across the Barossa, creating a wine that is a holistic expression of the region. “The first few vintages of Entity were sourced from the Barossa Valley alone, but after a few dry years, we were worried about losing some freshness and preserving elegance,” Tim shares. “The addition of fruit from Eden Valley, which is slightly cooler and later ripening, helps to provide lifted aromatics and a lovely line of acidity to complement the richness and structure of the Barossa Valley components.” – Pictured image 1/6

*This article was produced by Halliday Wine Companion in partnership with the featured wineries.