It’s been a case of literally rising from the ashes for winery-owner and winemaker Martin Spedding. In February last year, his much-loved Mornington Peninsula winery and restaurant, Ten Minutes by Tractor, was partially engulfed in an electrical fire that led to the destruction of their restaurant and cellar door.

“It started with a clothes dryer,” says Martin. “We lost the restaurant and with it, the cellar and the 16,000 bottles it contained.” The on-site wine cellar was a mix of Ten Minutes by Tractor vintages as well as the stock for the restaurant's high-end wine list. Martin estimates that approximately half a million dollars worth or wine was lost, as well as two priceless, restored 1930s tractors that he'd hoped to one-day display in a Ten Minutes by Tractor gallery.

Despite the irreplaceable antiques and substantial amount of wine destroyed, thankfully, no one was seriously injured in the blaze. The restaurant was promptly evacuated, with only one staff member suffering minor burns. 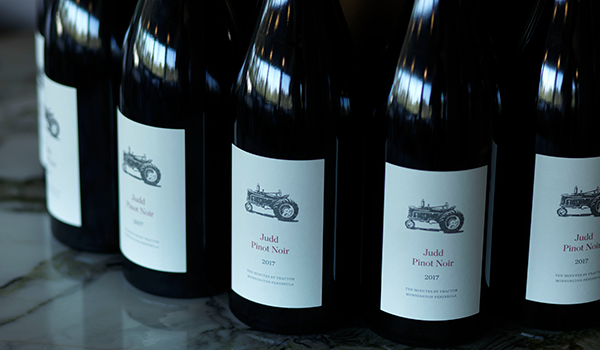 “It was quite a traumatic experience, obviously,” says Martin. “It’s been incredibly challenging and has ended up taking a lot longer than we had expected.” Martin and his wife Karen had hoped to have the winery and restaurant back up and running within 12 months, but throughout the ordeal have remained positive. "It has given us the opportunity to rebuild and create something new and exciting.”

Petit Tracteur, the sister bistro to the original restaurant, has housed a pop-up cellar door during the interim of construction. But now, after nearly two years, they are set to reopen their doors. The Ten Minutes by Tractor restaurant is already open for bookings and will have its first day of service on November 9th. 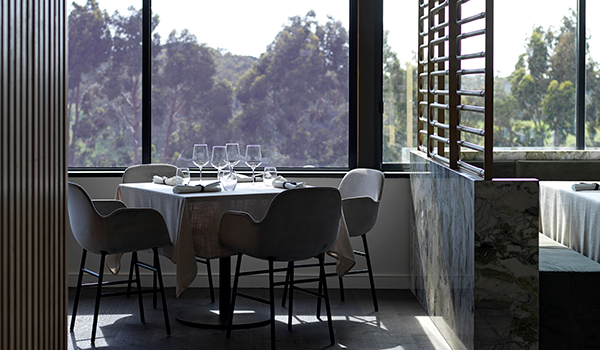 “The restaurant is housed in the rebuilt family cottage,” says Martin. The new site is nearly four times the size of the original, with additions of a private dining room and outdoor terrace. Diners can expect subtle nods to the family’s history with antiques and ephemera that make for a small-scale wine museum.

The cellar door is still under construction, but completion is proposed for early-to-mid December. It will be built in place of the old apple cool shed that was lost in the fire.

To make bookings for the Ten Minutes by Tractor restaurant reopening, click here.