The capital of craft beer takes out the top spot for the second year in a row.

BentSpoke Brewing Co has taken out the top spot in the GABS (Great Australian Beer SpecTAPular) Hottest 100 Craft Beer people's choice poll for 2021. For the second year in a row, Canberra reaffirmed its place as the craft beer capital of Australia, with BentSpoke's Crankshaft IPA – one of five BentSpoke beers to make the top 100 – voted Australia's favourite craft beer.

Co-owner and brewer, Richard Watkins says it's very humbling to be voted the hottest beer of 2021: "The main reason is because it's voted by the people who buy your beer...I think that says you're doing something right." 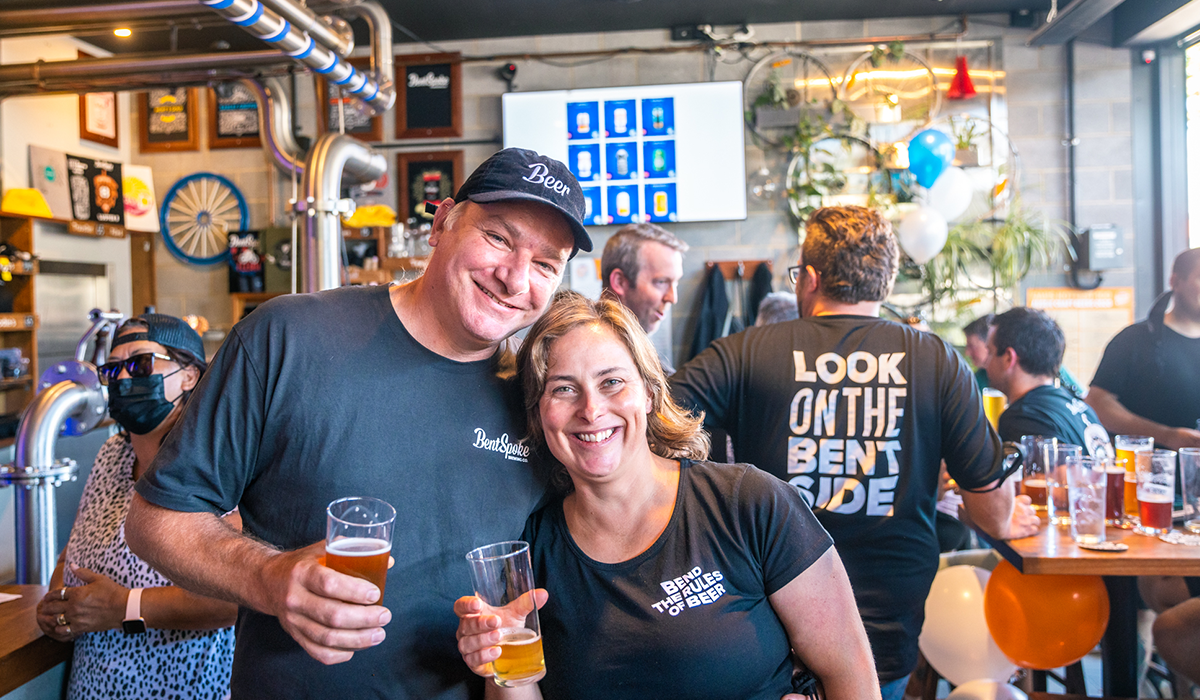 The GABS is the largest craft beer poll in the Southern Hemisphere, championing Australia's vast craft beer and breweries scene. Back for its 14th year, voters were asked to select their five favourites, in order of preference, with a record number of entrants in the running – over 2200 beers, nominated by 281 breweries. The 100 beers on the list are from 58 breweries, with 37 debuting, including the non-alcoholic Quiet XPA by Heaps Normal rounding out the top 20.

Richard says people respond to the fruity flavours hops can provide: "When we set up BentSpoke, we wanted to create an IPA that was true to style, approachable and not overly bitter." He says for anyone just getting to know craft beer, the Crankshaft is a good place to start – especially for wine drinkers – it is medium bodied, floral on the nose with citrus and pine, with a strong finish of hops and solid malt. "Wine drinkers do enjoy a bigger depth of flavour, so they appreciate the Crankshaft as it has the threshold they're looking for, the bitterness isn't at the forefront, the flavour is."

With Crankshaft at number one, making up the top five in the Hottest 100 are: Balter XPA by Balter Brewing, Larry by Your Mates Brewing Co, Pacific Ale by Stone & Wood and G.O.A.T by Black Hops Brewery.