The pandemic pivots here to stay

The last two years have thrown up challenges unlike anything seen before. But some in the hospitality industry turned those challenges into opportunities.

Get started Already a member?Log in

Between bushfires and a global pandemic, it’s been a tough couple of years for the Australian hospitality industry. Businesses have been forced to tweak or, in some cases, entirely transform their operating model just to survive. But while distilleries have long since stopped making hand sanitiser and returned to making spirits, other pivots have led to lasting and permanent changes.

Shane Delia changed the takeaway game forever with premium meal-delivery service Providoor. Bars around the country upped aperitivo hour by batching cocktails to drink at home. Restaurants got creative with their dining spaces, taking over kerbs and courtyards, and the internet made everything closer and more accessible than ever before, even when it didn’t feel like it. Here are three more examples.

Lyndon Kubis, Diggin’ In The Cellars 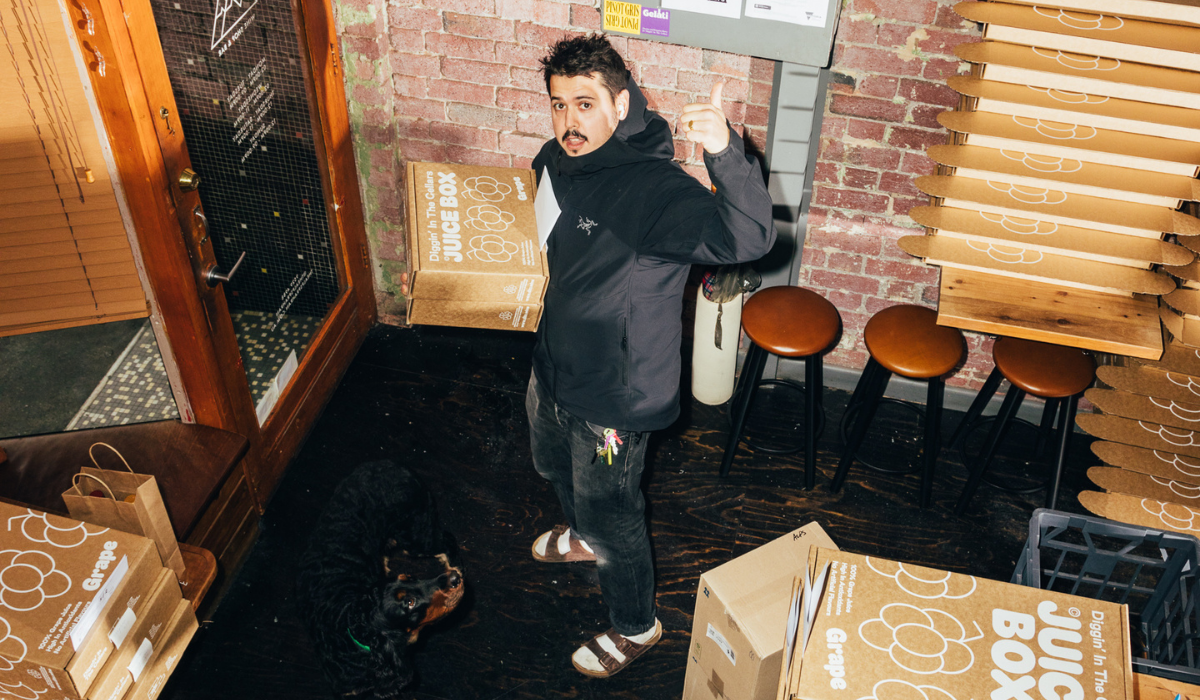 As the owner of five wine bars across Melbourne, including Toorak Cellars, The Alps and The Moon, plus an import business, Lyndon Kubis had a lot of wine, a lot of thirsty customers and a lot of staff to keep employed when Australia’s first nationwide lockdown was announced in March 2020. His solution was to launch Diggin’ In The Cellars (or DITC), a same-day wine delivery service.

Instead of labouring over designs and logistics, which the self-professed perfectionist would have done pre-Covid, Lyndon cobbled together a basic website with the help of a photographer friend and a couple of graphic designers from Studio of Design and Art (Sodaa). The managers from each of his bars were brought to DITC’s unofficial headquarters at The Alps to pick and dispatch orders, and his casual staff were utilised as delivery drivers.

“We thought, worst-case scenario, we’ll just slowly sell through some inventory, but it kicked off straight away,” he says, with around 100 orders rolling in a day and up to 200 on Fridays. It’s an attractive premise – order just two or more bottles for free same-day delivery anywhere in metro Melbourne, including homes, park picnics and more.

Slowly Lyndon was able to refine the operation by updating the website, setting up a proper photography studio, and adding DITC-branded merchandise and wine subscription options. He’s needed to employ more staff to run it now that his wine bars are back open, including operations and marketing managers and delivery drivers.

“It’s been a nice little parachute,” he says. 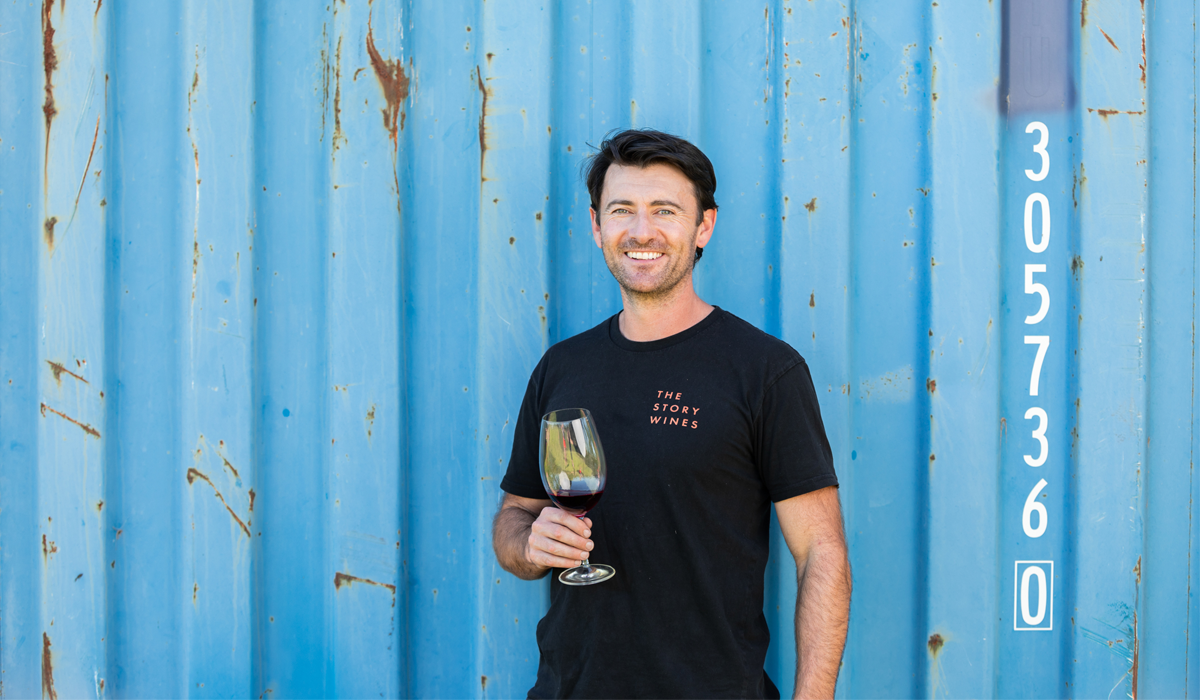 Winemaker Rory Lane from The Story Wines was already looking for more ways to connect directly with his customers. With no cellar door, the only opportunity Rory usually had to talk to people about his wine was at events, like farmer’s markets. When Covid forced the world onto Zoom, Rory discovered that virtual tastings might be the solution, not just during lockdown but also ongoing.


“In a way, it was a nice coincidence that I’d directed some investment towards that part of the business, right when it became critical,” he says.

Since launching in May 2020, Rory and The Story’s direct-to-consumer manager, Beth Bicknell, have hosted online tastings for everyone from small groups of friends looking for ways to socialise during lockdown to corporate groups of more than 100 people looking for fun ways to stay connected while working remotely.

As a point of difference, and to ensure the wine arrives in the best possible shape, Rory sends three full bottles of the customer’s choosing, plus tasting notes, to each group. Then, at a pre-arranged time and via the customer’s preferred platform (Zoom, Teams, Facebook and so on), Rory and Beth take their guests through the chosen wines, the wine regions and The Story Wines brand. “Really, we just sit and have a couple of glasses of wine and a good laugh,” he says.

While enquiries and bookings for these virtual tasting sessions naturally peak during periods of lockdown, there has been enough interest to justify their continuation now that lockdowns are (hopefully) a thing of the past. They’re a particularly good option for workplaces with employees in multiple cities, or with working-from-home arrangements in place, who are looking for social activities. They also open up the brand to a global audience – Rory has hosted virtual tastings in the UK and Singapore, and has had enquiries from India and the US.

Although Rory appreciates that virtual events probably won’t ever fully replace face-to-face, he believes they’ll remain an excellent second option. There’s also potential to stream in-person events to those who can’t physically be there. “It’s just something in the toolkit for us to engage people in the way they want to be engaged,” he says.

“I think it’ll be one of those things that we just trot out and give as an option for people. How it’s going to go in the future, well that’s anyone’s guess really. The pandemic is unpredictable!” 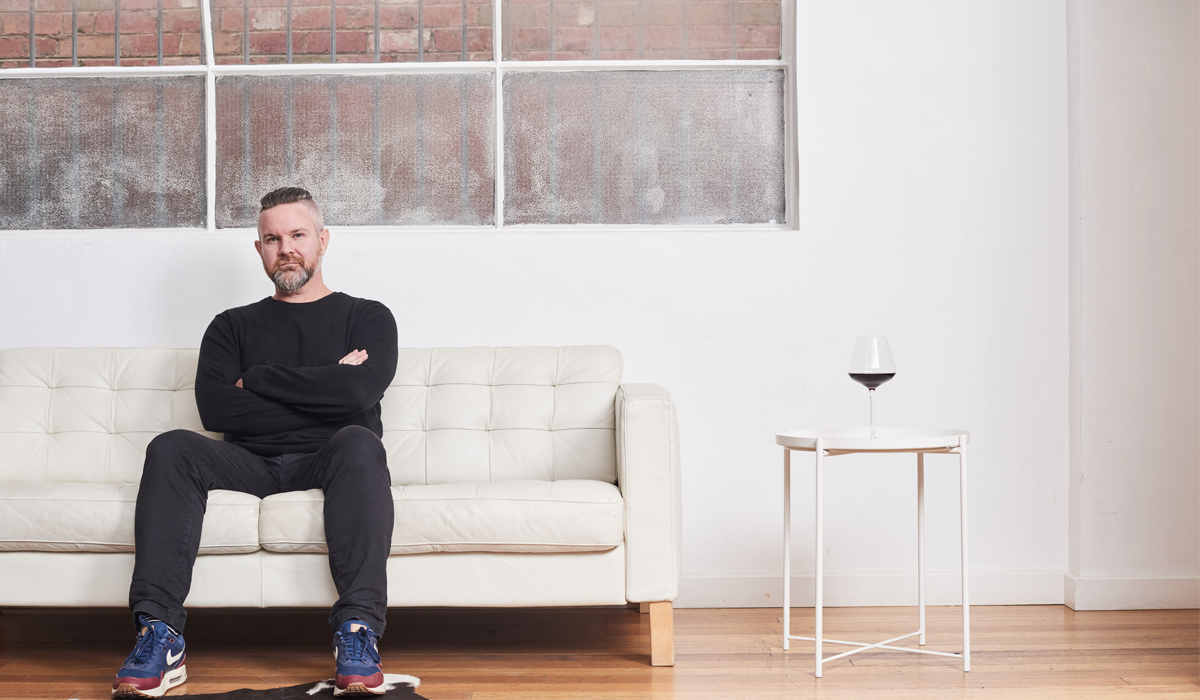 Dan Sims was on holiday in Thailand when Eventbrite, the company that manages ticket sales for Dan’s stable of wine and food events including Pinot Palooza and MOULD Cheese Festival, called to tell him they were pausing payments because of the coronavirus. It was March 2020, and although Covid was spreading rapidly around the world, Australia was yet to really feel its impact. “Until I got that phone call,” Dan says. “That’s when I knew my business was gone.”

If you’re not familiar with it, Pinot Palooza is a pinot noir-focused festival which Dan ran – before Covid – in multiple cities across Australia, New Zealand, Japan and Singapore. Against a backdrop of loud music and good food, festivalgoers chat to, and sample wine directly from, producers. “To replicate that at home was going to be hard,” he says.

Dan did run a virtual Palooza event, with live-streamed DJ sets and live crosses to producers. But it was the wine-tasting component of his pivot that provided the lifeline he needed. To stay true to the Palooza brand, and to capture the essence of the event, which is “to taste as many different wines as possible in a fun environment,” Dan created the 12-Track – 12 different pinot noirs from reputable producers such as Charteris and Ghost Rock Wines repackaged into 150ml cans – and sent it out to ticketholders.

“The premise is really basic,” Dan says. “A red, white and a rosé made by great winemakers, and just make it fun.”

The first release saw wines from Gippsland-based Moondarra, Mornington Peninsula-based Garagiste and BK Wines from Adelaide Hills. The plan is to change it up seasonally, and to incorporate new styles, such as a light red for summer.

As well as their potential from a festival perspective, Dan sees canned wine – particularly in 150ml sizes, as “it’s a glass of wine,” – working well in hotel mini-bars or on airlines. He also sees potential from a wine subscription perspective, as the format allows drinkers to sample multiple examples.

While Covid wasn’t in his business plan, Dan is largely positive when reflecting on the past two years. “It’s not often you get an opportunity to completely rethink something.”

This article first appeared in issue 62 of Halliday Magazine. Become a member to receive six editions a year, plus digital access, and also unlock more than 150,000 tasting notes and other exclusive wine content.