In the lead-up to International Women’s Day on Sunday, March 8, we look back at just four of the winemakers and sommeliers we’ve spoken to over the past 12 months, who share their stories and some of the great wines that have shaped their journey. 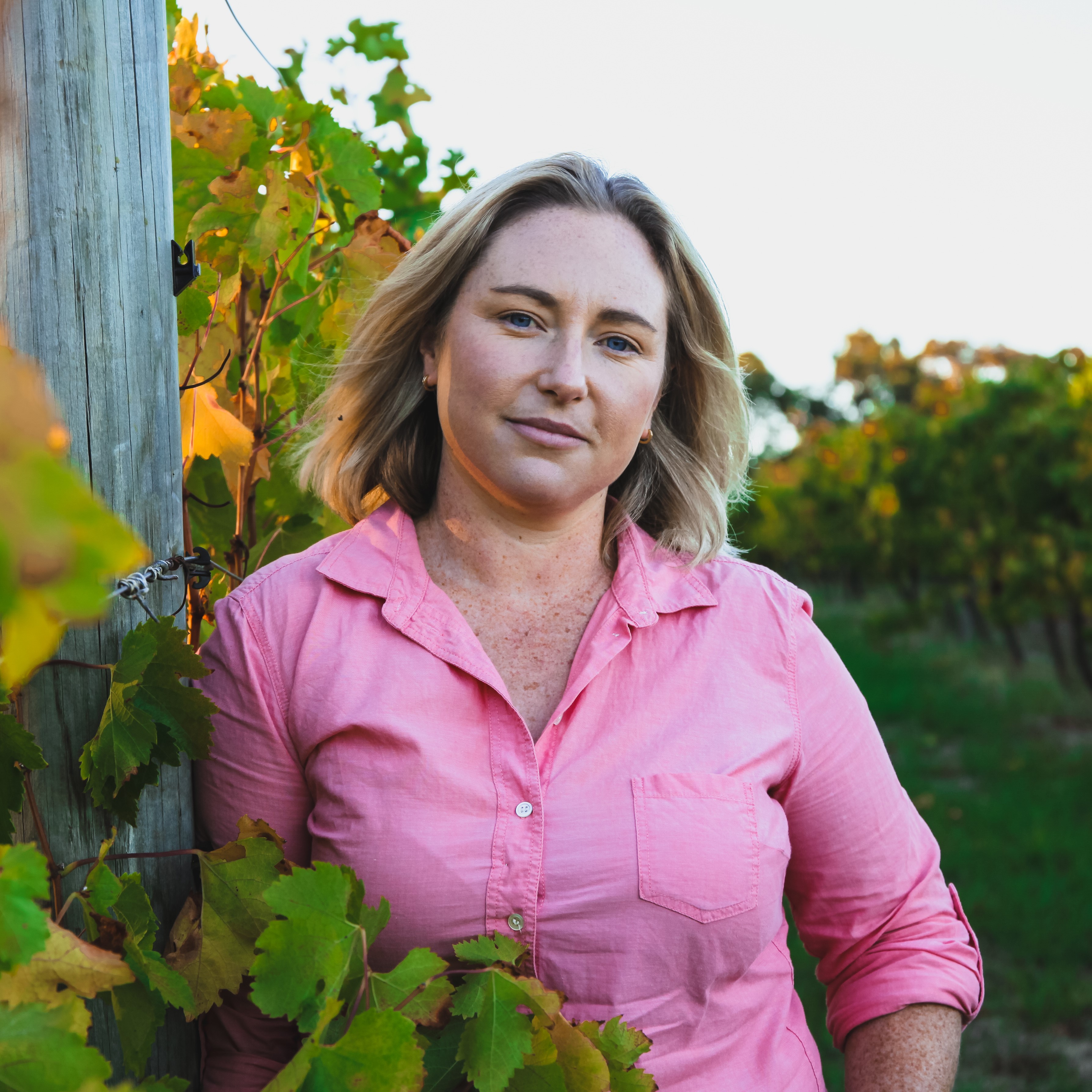 “I grew up in Perth and we used to take our family holidays in Margaret River,” Kate says. “My parents were avid wine lovers and would drag us along to cellar doors. I just loved being out in the country, with the sights and the smells, and smelling the wines, and visiting all these cellar doors that were literally just cellar doors so you could see what was going on. I always remembered the smell of the barrel hall!”

Kate says Great Southern riesling has been especially captivating. “It’s all about the fruit and that singing through – a less-is-more sort of wine, and one that I do the least with in terms of winemaking. Whereas with chardonnay, there are so many factors, like barrel selection, how you treat it in the winery, the solids level, time on lees and stirring, and all those different options, so that’s at the other end of the winemaking spectrum.”

Even though they predominantly work with the gin gin clone of chardonnay – known for being slightly riper and fuller – Kate likes a more restrained style. “Between picking and all the other decisions involved in making chardonnay, I’m a sucker for an elegant style – nothing over the top and everything in balance, so you can see the quality of the fruit, oak, texture and acid line down the middle.”

When it comes to cabernet and its various blends, again Kate says working with such a range of fruit means she can blend to build layers of interest and complexity. “It’s really cool to be able to do that and find that magic spot,” she says. 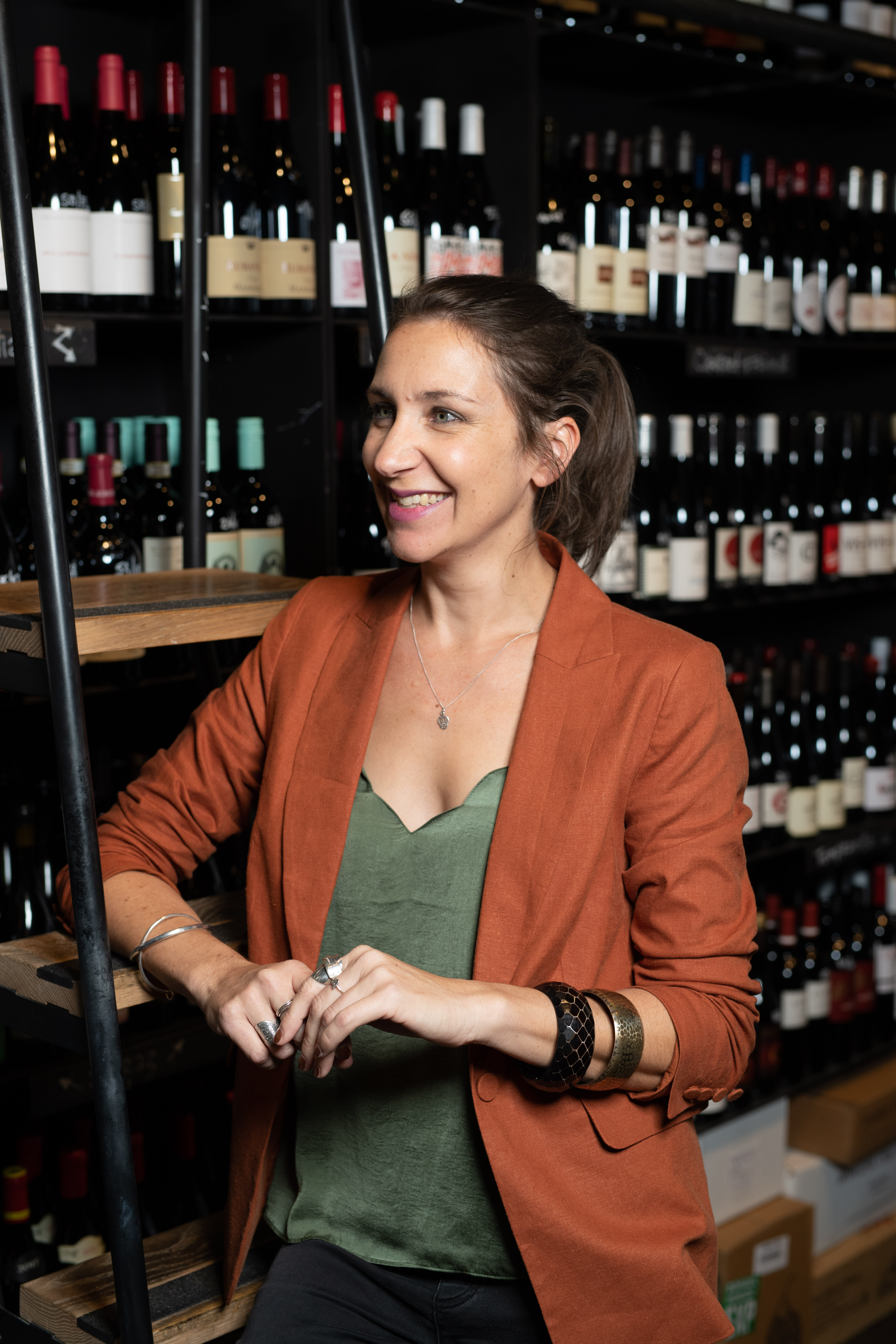 Award-winning sommelier Emma oversees the various drawcard food and drinks venues in one of Perth’s best destinations. She shared with us some of the wines that have shaped her journey in wine.

Frankland Estate Olmo’s Reward
“My mum and dad are friends with the owners of this estate, so when I was 18, they took me to the Flowering of the Vine annual event. I was blown away by the people ad discussions at this lunch. We did a flight of back-vintage Olmo’s Reward wines, and it was the first time I’d experienced reds in that way. Being there with the winemakers and owners, and hearing their stories, resonated with me, and it was a defining moment in realising what makes wine so special.”

Armand Rousseau Charmes-Chambertin
“The first time I tried it, I was at the Botanical in Melbourne, where you can buy wine from the store and drink it in the restaurant for the retail price, which I hadn’t come across in Perth. So, we bought this bottle of 1995 Grand Cru, and it was quite affordable given we got to drink it in a dining environment. That was the start of an expensive love affair with Burgundy, which continued until I had children and had to spend money on other things.”

Sorrenberg Gamay
“The first time I drank this gamay was in Melbourne at City Wine Shop, and I was excited to see it on the list because I’d heard about it and wanted to try it. As soon as I did, I knew I needed more of it in my life. They make such a small amount, so any time I see this gamay, no matter where I am, I’ll buy it. It’s beautifully concentrated, clean, complex and consistent.” 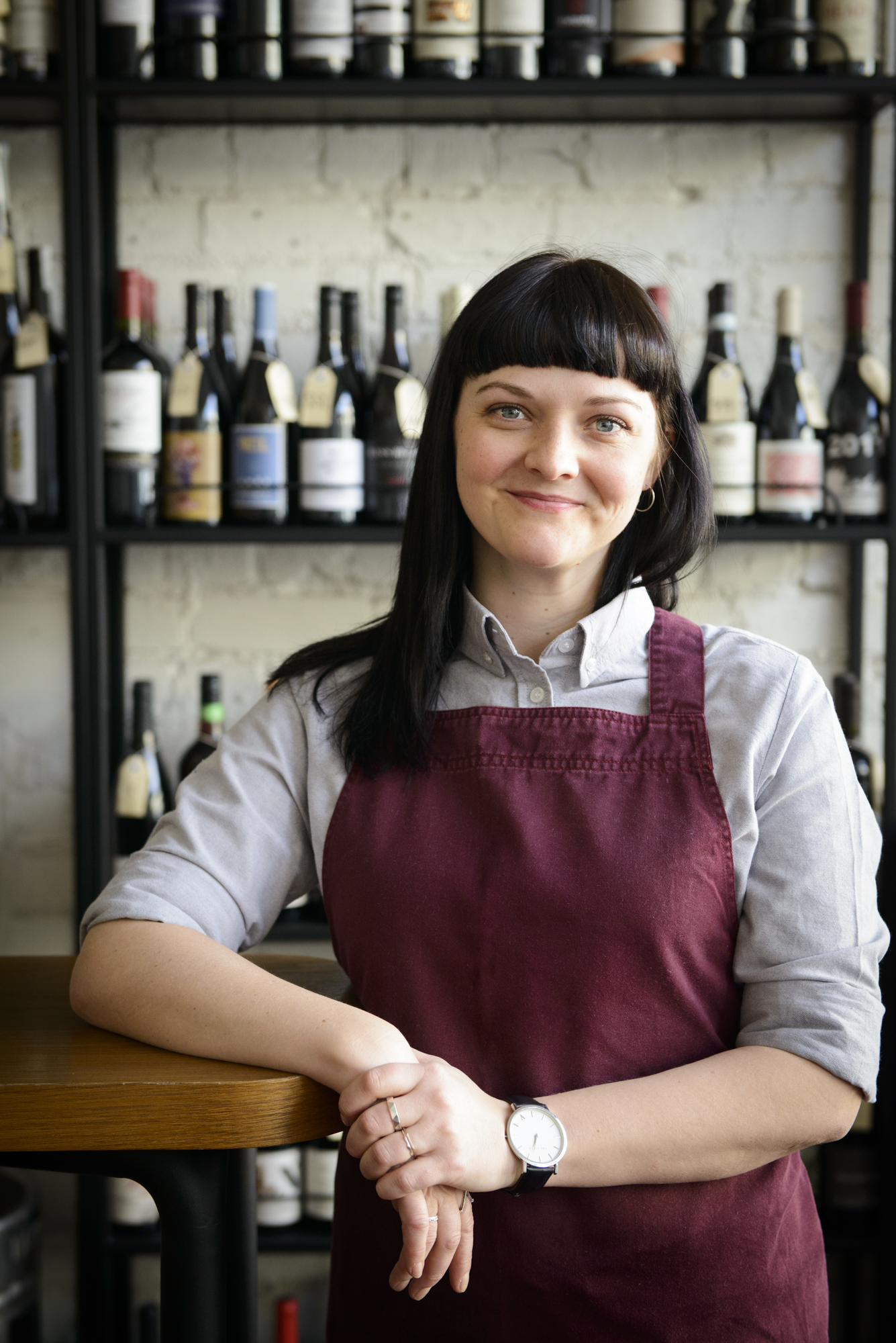 For this finalist of the 2019 Sommeliers Australia Education Scholarship and wine team member of Marion in Melbourne, the most significant bottles she has sampled came with a lesson.

2005 Moortangi Cambrian Shiraz
“I came across this wine at my first ‘real’ restaurant job at Bloodwood [in Sydney]. I was so green, I’d only just learned the difference between shiraz and pinot noir! I remember trying every bottle on the wine list, and all of the reds tasted like what I knew red wine to taste like – except for this shiraz. It had so much body, dark fruit and spice – it wasn’t a fruit bomb either, and it had some savouriness. This wine was an ‘a-ha’ moment.”
2014 Rippon Pinot Noir
“My Kiwi mates gifted me this Central Otago pinot as a thank you for dog-sitting, and I drank it with my housemates over dinner one night, blissfully unaware of the prestige and quality of this label. I was taken aback by how excellent it was – packed full of flavour yet also seamlessly elegant. It was one of the first times I stopped mid-glass to remind myself to savour what I was drinking. The friends who gave it to me later explained it was from one of the most reputable wineries in Otago.”
2008 Agrapart Avizoise Grand Cru Champagne
“This was another gift, organised by a dear friend for my 30th birthday at Eleven Madison Park in New York. We’d booked the tasting menu and planned to do the wine pairing as well – it was all prepaid and prearranged. Unbeknown to me, this friend organised for this Champagne to be served on arrival, and we ended up drinking this with all seven courses! I was surprised how few times the wine jarred with the food, and also made me understand the connection people have with Champagne on an emotional level.” 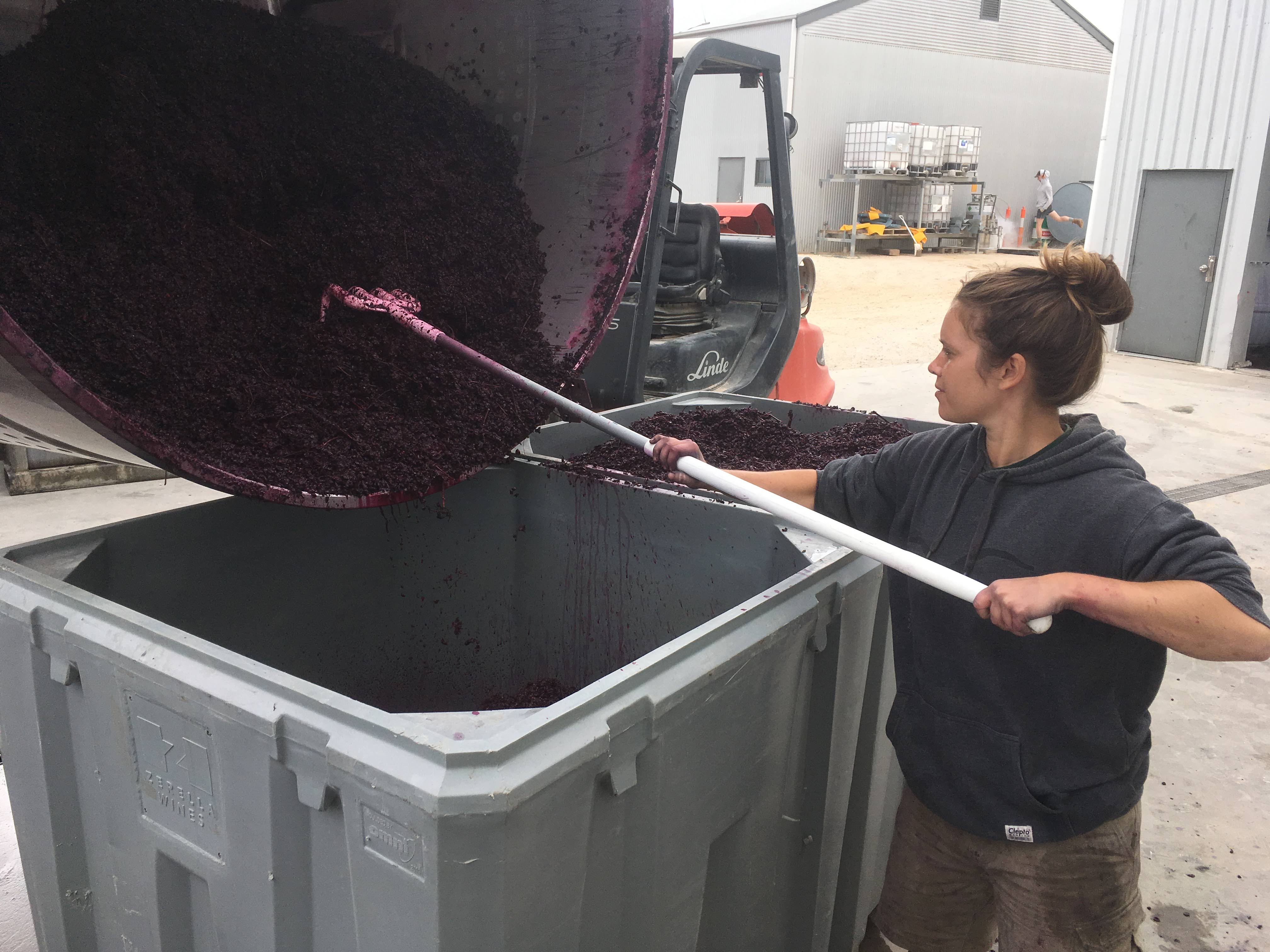 After receiving a Masters in Industrial Engineering, Julia left her native Germany to travel around Australia. Here, she found work with wine importer and distributor Fesq & Company, and soon began studying the WSET courses. This led to winery experience here, in New Zealand, South Africa and Burgundy, and it wasn’t long before she was making wine under her own label. Today, she continues to juggle winemaking with a completely different wine role and living in northern NSW.

“Brave Souls Wine is a collaboration with Simon Cowham and Corey Ryan of Sons of Eden – I source the fruit from them and use their winery, and I really think I found the two most amazing mentors on this very first project by having people on my side who support me along the way. When you suddenly start making wine for yourself, it’s very different, so it’s really important you have the right people with the right mindset. I’ve been very lucky with these guys.

With Brave Souls Wine, I make three wines – a riesling, shiraz and a grenache shiraz mourvedre [the debut releases scored 95, 96 and 96 respectively in the 2019 Halliday Wine Companion]. I’m trying to make something that’s fun to drink, but that also underlines the terroir. It’s not about putting just another wine out there, but something that represents the region in a beautiful way. It’s about having a wine that is pure and can bring people together to drink now, and not have to put it away for 20 years to understand it. I love to drink aged wines too, but isn’t it about being present and enjoying the wine in the moment? For now, I’m just concentrating on those three wines so I can focus on their quality. I want to keep it fun and enjoyable.”