The next-gen winemakers blazing a trail

Here, we spotlight a mix of faces to look out for in the future of the Australian wine industry.

It’s not an uncommon story. Many winemakers come to wine via their family ties. There are the historic, multigenerational brands such as Henschke, Brown Brothers, Tyrrell’s and Tahbilk, but what about the hundreds of newer Australian labels with offspring getting involved? This fresh blood pulsates through local wine regions and pushes them forward. Meet the future of the Australian wine industry ahead. 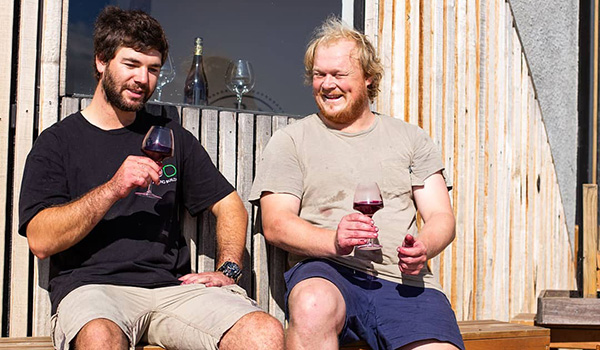 In 2012, Tom McCarthy got a golden opportunity to pursue a wine project of his own. After several years working at Quealy alongside fellow next-generation winemaker Lucas Blanck (pictured above left next to Tom on the right), whose father is winemaker Frederick Blanck of Domaine Paul Blanck in France, the duo was handed the challenge of reinvigorating a Balnarring site planted to chardonnay in 1982. Three years later, the Kerri Greens brand was born. With the confidence the two young producers had gained from restoring that vineyard and producing their first wine, they carried on the momentum by leasing another site in the area planted to pinot noir and chardonnay, setting themselves up to make the Mornington Peninsula classics. The final piece of the puzzle was taking their production out of Quealy and into a winery and cellar door of their own in Red Hill (which also came with a vineyard planted to chardonnay and pinot noir). Their partners, Sarah Saxton and Alyce Blanck, are co-owners of the operation, and together the four are working hard to make the label a success. Tom and Lucas both still work at Quealy, but Kerri Greens continues to expand, now with a range that includes several different chardonnay and pinot noir styles, a rosé, and a riesling and gewurztraminer (these last two reflecting Lucas’s Alsatian heritage). 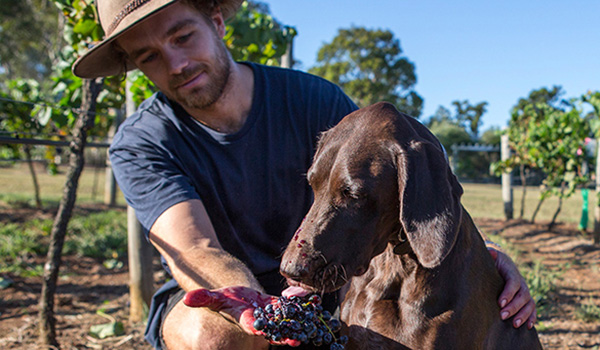 Having grown up at Vinden Estate, where some of his earliest memories were “putting vine-guards on young vines and digging out concrete fermenters after school”, second-generation Angus Vinden was interested in a career in wine, but his parents encouraged him otherwise. So initially, instead of working in the family winery, he went off to study architecture, following that through to a master’s degree. While at university, he learnt about grape-growing on the side, spending a bit of time in local vineyards. But it was a trip to Burgundy in 2013 that changed his course. “After drinking one too many bottles of 2001 Grand Cru Corton Bressandes, I called my parents at 3am to inform them I was coming home to pursue winemaking,” he says. Eventually, seeing that he was firm in his resolve, his parents gave him the reins of Vinden Estate in 2015. Angus is carrying on their legacy with the traditional Hunter wines, but he’s also taking the opportunity to introduce new styles via his label The Vinden Headcase. All wines are sourced from Hunter Valley vineyards, either from home blocks or celebrated old-vine sites (including the Somerset Vineyard run by seventh-generation grape grower Glen Howard, who Angus counts among his mentors), and Angus’s influence so far has seen Vinden Estate recognised as one of James Halliday’s 10 Dark Horses of 2018. 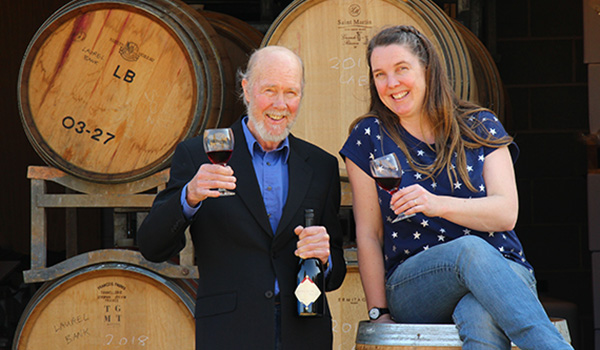 Greer Carland grew up “pruning vines and driving the tractor in Dad’s vineyard”. She was always impressed by what she calls the “alchemistic process” in the winery and was strong in science and art at school (a blend of skills that producers often point to as crucial for making wine), but a winemaking career wasn’t necessarily clear to her in those early years. Later in life, Greer studied oenology at the University of Adelaide before completing her rite of passage and chasing vintage around the globe – Chile, Oregon and Burgundy were some of the places she landed. In 2004, Greer settled into a senior position with Winemaking Tasmania, heading up its sparkling wine production as well as working with the team on some award-winning table wines. More recently, Greer took the plunge and started a label of her own, Quiet Mutiny, which she runs while making the wines alongside her viticulturist father Kerry (pictured above left with Greer on the right) at Laurel Bank. Her work has collected a number of coups, including several trophies for a riesling that James Halliday describes as having “the type of acidity that only Tasmania achieves, and then only by winemakers with an unerring eye for detail”. 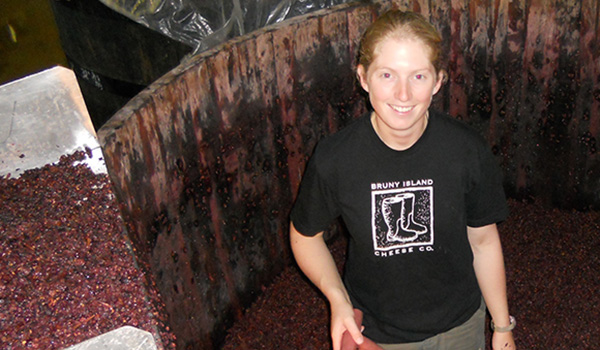 Gary Farr and his son Nick produce stellar pinot noir from the Moorabool Valley of Geelong, and the By Farr winery is a pioneer of that area. What you might not know is that Gary’s daughter, Philippa, also makes exceptional pinot noir elsewhere in Victoria. Philippa first left the region, and the state, to complete vintage at the Hunter Valley’s Brokenwood (a winery James Halliday helped to found) in 2003, studying a Bachelor of Wine Science part-time while getting practical experience in the vineyard and winery. After that, Philippa briefly pivoted to an agricultural career, which led her to the rich farming country of Gippsland. The pull of wine was too strong to ignore, however, and she ended up with a winemaking gig at the region’s Purple Hen and completing even more vintages at home and overseas. In 2012, Philippa seized the opportunity to make a pinot of her own. Today, her eponymous label focuses squarely on the variety, and she makes a limited amount of just two styles – one from Gippsland and the other from nearby Mornington Peninsula. These are meticulously made wines and with the exacting Farr approach, will only continue to shine.