THE GEELONG WINE REGION: A RANGE OF WINERY EXPERIENCES

Discover the diversity of the Geelong wine region, with vineyards that stretch from the wild and rugged coast of the Great Ocean Road to the rich, volcanic soils of the Moorabool Valley. 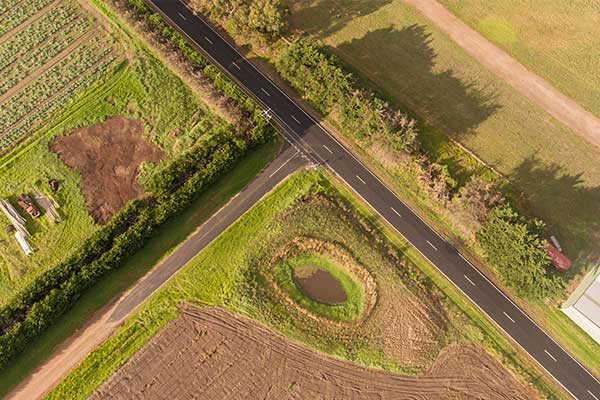 A region for wine enthusiasts in the know, the refined, complex and character-filled pinot noir, chardonnay and shiraz of Geelong have received plenty of praise from James Halliday. In addition to its top-notch drops, this is a destination with inviting cellar doors that serve up sumptuous meals to match, and plenty of great places to take in the horizon across the slopes of the vineyards and curves of the bays.

Just south of Melbourne and a straight run down the Westgate Highway, in spite of Geelong's convenient location it often gets overlooked. Stretching from Werribee, halfway to Ballarat and right down Australia's iconic Great Ocean Road, it's divided into three sub-regions with distinctive styles. Seek and you will find a rich offering that includes first-rate wineries, coveted restaurants and serene outlooks at every turn.


Go to section: Geelong's sub-regions | The wines of Geelong | More than wine

Modern Geelong is split into three key sub-regions, the Surf Coast, the Moorabool Valley and the Bellarine Peninsula, each with differing soils, conditions, wine styles and charms:

On the road to Ballarat is the Moorabool Valley, an intriguing sub-region with a concentration of five-star wineries. There’s a volcano in the area that means black basalt and limestone soils, and due to the terrain it sits in a rain shadow – conditions such as drought make this one of the most complicated places to make wine, yet it’s here that some of the region’s best winemaking happens. It’s home to old, close-planted vines with low yields that produce special wines – ‘complexity’ and ‘character’ are the catchcries. Pinot noir is the calling card, but its warmer, inland plains have seen producers experiment with some unusual varieties, including gamay, pinot meunier, sangiovese and cabernet franc, to name a few.

The Bellarine is the heart of the Geelong wine region. It has a range of wineries and they vary based on their distance from the water, but generally the maritime environment is favourable for producing cooler climate wines of a consistent quality (you'll also find some pretty great views to Port Phillip and Corio Bay). It shares the same black basalt over limestone soils as the Moorabool Valley, but it's home to more moderate conditions. Here, you'll find New World pinot noir, chardonnay, shiraz and sauvignon blanc with a hint of Old World charm. The quirkier wines you might find are albarino, zinfandel and picolit.

The proximity to the wild, Antarctic waters of the Bass Strait makes the Surf Coast one of the more difficult sub-regions to make wine. The soils here are sandy rather than rocky and being so close to the ocean gives it that Mediterranean element. In spite of that, there are a handful of very good vineyards. The core varieties you’ll find remain the same (shiraz, pinot noir and chardonnay), but the styles are distinct. Much like in the Moorabool Valley, adversity here has only made for smarter viticultural practices, hardier vines and more interesting wines. Another enticing reason to visit? The famous surf breaks, dramatic cliff faces and winding roads of Australia’s favourite coastal highway.

"The Moorabool Valley is home to Australia’s oldest close-planted block of vines [with a distance between rows that is just large enough to be tended to and harvested by hand" – Matthew Holmes, Bannockburn winemaker

A powerhouse of pinot noir, Geelong is also known for exceptionally elegant chardonnay and subtly spicy, medium-bodied shiraz. For intrepid wine lovers, the wealth of varieties and their various interpretations throughout this sprawling region provide plenty of interest.

The diverse wines of Geelong are borne from equally diverse landscapes – from low-lying, cattle-studded farmlands to hilltop vineyards with sweeping bay views. As a passerby it’s certainly pretty, but for those making wine here the elements can be extreme. Many areas are windswept and cold thanks to their proximity to Port Phillip and Corio Bay. There are pockets of the region that see almost no rain and on the whole, Geelong is quite dry. These factors result in a distinctive regional style: the vines are robust, the wines are lush and aromatic, and the makers are tough. In places with low rainfall, limited yields and tricky conditions, you’ll find passionate producers, which is another reason to go – it takes talent and tenacity to turn tough elements into wines of complexity, and Geelong has those in spades.

Geelong is a mix of farmers, viticulturists, scientists, surveyors and various other professionals who have come here in search of a green (meets sea) change. The region has its stalwarts (who you might be surprised to find are making some fascinating, forward-thinking wines), as well as its next-generation producers and a totally new wave of winemakers who are giving it a go. While there are many different voices here, they all harmonise into a song that goes a little like, ‘We make great wine and deserve to be recognised’. Hear hear.

"140 years ago, Geelong was the most important winemaking district in Victoria, if not Australia." – James Halliday

Geelong has a chequered past that includes the introduction of phylloxera in the late 1800s, followed by an eradication of its vineyards and a halt to its wine production that lasted nearly 100 years. Revived in the 1960s, it has since been rebuilt from the ground up, with winemakers embracing its vigorous soils (the elements underfoot ranging from basalt to loam, limestone and clay) and capricious climate (varying between continental, maritime and even Mediterranean).

The wines of Geelong


Pinot noir is a must-try in the region, as is the subtly spicy shiraz, but you can’t overlook the region’s whites. You might be surprised to find age-worthy, barrel-fermented sauvignon blanc wines that look to Bordeaux, or beautifully balanced chardonnay wines that tread the line between austere and oaky perfectly. Pinot gris/grigio suits the environment here, and the resulting wines offer a stunning concentration of citrus/stone fruit flavours.

If you’re after playful styles, you’ll find those too. We’ve discussed pinot gris/grigio, and one local winery has achieved surprisingly good results by blending it 50/50 with riesling (and dubbing it ‘Griesling’). Another hard-to-find wine that Geelong has succeeded with is gamay, producing a meatier style. Pinot noir is easy to come by, but pinot meunier is a different story altogether and there’s at least one Moorabool Valley producer that does it well. Sangiovese, tempranillo, cabernet franc and merlot are also creeping into the mix. On the Bellarine Peninsula, one producer makes the rare, sweet red variety picolit, which hails from Italy.

Geelong has a burgeoning food scene that includes cafes to rival Melbourne’s inner north and restaurants that people make the pilgrimage from far and wide to try. As well as that, its drinks makers don’t start and end with wine, and you’ll find cideries and breweries from the small and artisanal to those with a reputation countrywide.