As the weather warms, lighter, fresher reds like gamay appeal. Discover this joyous red grape and its top local and international producers.

There has been a paradigm shift toward grape varieties such as gamay, particularly among sommeliers and commentators. In fact, gamay’s versatility at the table makes it my go-to grape no matter the occasion. It is a variety that doesn’t get in the way of food, conversation or the moment.

Gamay displays a succulence of fruit, moderate tannins and bright acidity. Yet it is also gamay’s production techniques that facilitate sassy, light to mid-weighted expressions.

Production techniques include carbonic maceration, which softens tannins, increases pH and imparts a whiff of confectionary to the ensuing wine. This method is largely the domain of less expensive, lower-quality styles. A more traditional approach sees whole bunches tossed into an open fermenter, as in Burgundy. There is a partial carbonic effect due to the gradual crushing of bunches at the bottom by those on top and the carbon dioxide that is released as a result. Varying degrees of extraction are applied depending on the nature of the vintage, style sought and quality of the material at hand. The resulting wines show pulpy fruit flavours, spanning red and darker fruits, floral notes, effusive freshness and savoury astringency, all strongly marked by place.

Gamay’s spiritual home is Beaujolais, the gently undulating strip of land running from Burgundy’s south onwards to Lyon, or ‘the belly of France’, as the city is known. A quilt of lilting verdant hillsides constitutes 18,500 hectares and some 2600 growers, producing nearly 1.5 million bottles. 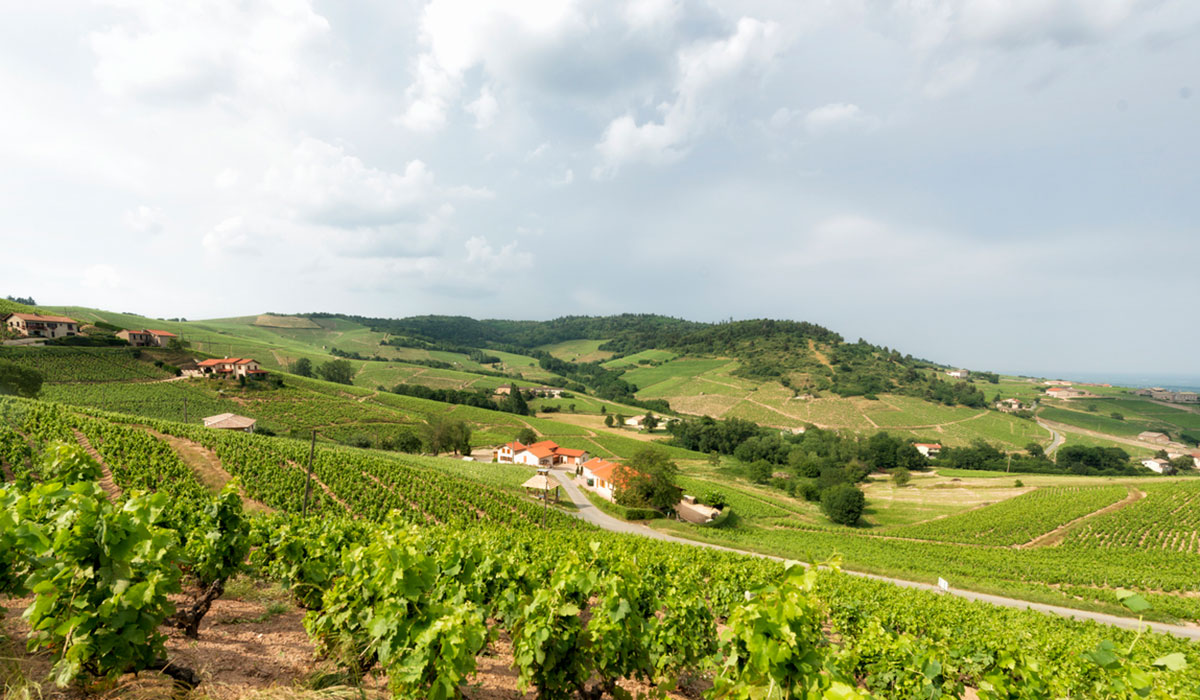 The elite zones of the Beaujolais comprise ten communes known as Crus. These include the evocatively named Saint-Amour, Julienas and Fleurie, alongside those arguably responsible for sturdier, more complex expressions: Morgon, Moulin-a-Vent, Brouilly and Cote de Brouilly. The soils are varied, with the best hillsides a meld of granite smattered with schist, more suggestive of the geological makeup of the northern Rhone over Burgundy, despite certain commentators’ predilection for suggesting a synergy with the latter.

A Cru, of course, suggests superior wine to the generic appellation Beaujolais Villages, for example, or Beaujolais Nouveau, a style traditionally released as the first wine of any given vintage on the third Thursday of November. Yet like anywhere, superior wines are sourced from the top producers.

There are many fine producers in the region, but for me, among the best are those dubbed the ‘gang of four’: Marcel Lapierre, Jean Foillard, Jean-Paul Thevenet, and Guy Breton, with the leader of the pack, in my view, Thevenet. Also look out for Jean-Louis Dutraive’s Domaine de la Grand Cour, Yvon Metras, Domaine du Vissoux, the sumptuous wines from Daniel Bouland and the highly ageable, more robust expressions from Chateau Thivin.

Domestically, Sorrenberg in Beechworth crafts among the most compelling Australian red wines. Period. And oh! They are made from gamay. Beechworth boasts climatic synergies with Beaujolais and, most importantly, plentiful granite. Never have I experienced an Australian wine as mesmerising as the ’05 Sorrenberg Gamay, which I drank in around 2014. It boasted the porcini, game and carnal aromas of the greatest red wines! Thick as Thieves in the Yarra and Eldridge on the Mornington Peninsula, too, make splendid wines from gamay. The whole-bunch-driven style of Nick Farr at Farr Rising has also serviced some thrilling recent releases.