We check in with James Halliday and Tyson Stelzer following this week’s announcement.

For anyone who knows James Halliday and the sheer volume of work he produces for the Halliday Wine Companion, it may be hard to imagine him stepping back from the annual guide. And while he remains integral to the project, continuing to produce reviews and articles, he admits this week’s announcement comes with a certain sense of relief.

It’s time for me to stand back and allow the new voices to be heard.

“Planning this really goes back a long way, and it’s been very much a joint decision between [publisher] Hardie Grant and myself that this exercise in future-planning was necessary for the long-term survival of the Companion,” he says. “It’s something I hold very dear to my heart because it has occupied so much of my time over the past 30 years. If you look around the wine world, there are, at best, only a couple of annual reviews that have as much information as the Companion.”

Tyson Stelzer’s appointment to chief editor on the publication has James excited for its future. “The need for the Companion to maintain its core value of integrity is very much in my mind, and I’m confident the team will indeed maintain that,” James says. “It’s time for me to stand back and allow the new voices to be heard.”

James also admits he is looking forward to a change of pace. “My involvement with the Companion remains fundamentally the same as it has been over the years, with one major exception. And that is, being the person who has to hold all of the strings together. So, I am the ‘godfather-at-large’ indeed involved with the process, but not having the ultimate executive imperative of meeting deadlines with so many people involved. This allows no time for reflection. In fact, it allows for no time to think of anything else, and I reckon that is a young man’s game.” 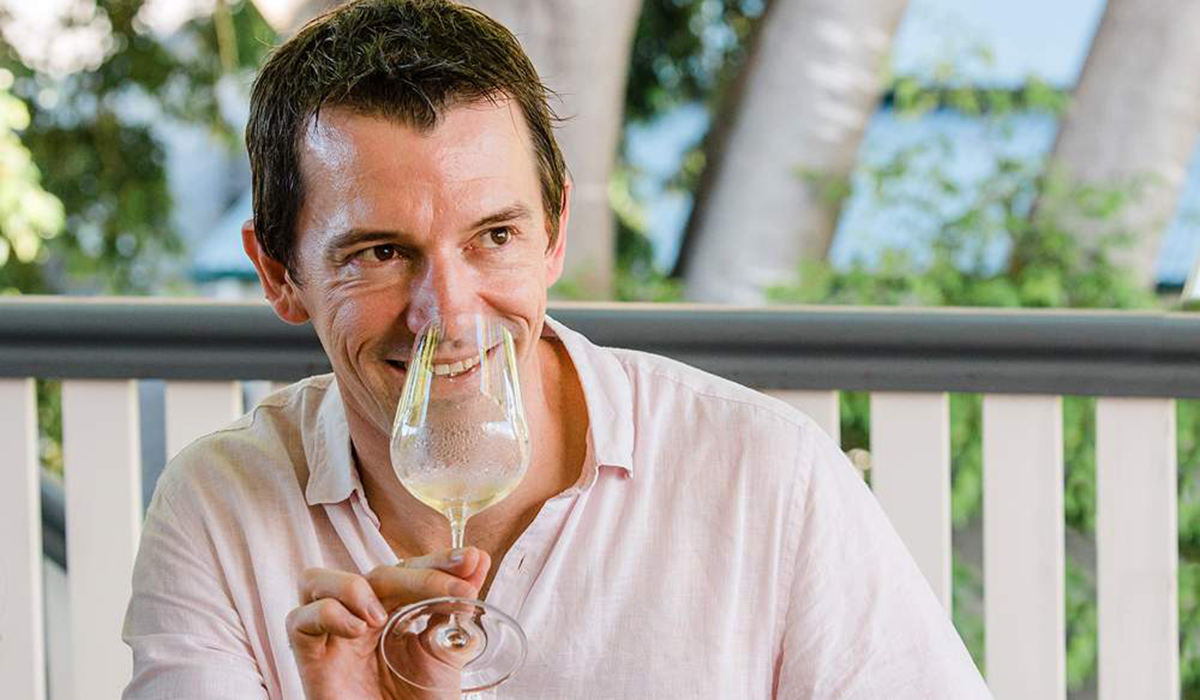 
Enter Tyson, who understands the work that lies ahead, especially given the challenges of 2020. “The world finds itself in a very different place to where we were 12 months ago,” Tyson says. “It strikes me that in a year in which winemakers can’t travel to host tastings and sell their wines, and we can’t go to restaurants or rely on wine show results because most have been cancelled, independent wine reviews have perhaps never been more pertinent. There is an enormous weight of responsibility in taking on the publication that prompts more Australian wine sales than any other, and I do not take this on lightly.”

Tyson says he has received an overwhelming response to the announcement from across the industry, spanning veteran producers to younger sommeliers. “There has been resounding support for the tasting panel and the way we’re setting ourselves up to address the diversity of Australian wine,” he says. “Wine is much more diverse and widespread now, in its production and its consumption, as are the mechanisms and avenues for its communication. I’m very much looking forward to seeing how those diverse perspectives provide the full context.”

As for James, he remains as involved with wine as ever, with various projects in the works. These include future wine books, as well as playing a guiding role in the development of The Cellardoor Challenge initiative and digital wine business Junovate, which he co-founded last year.