The flagship shiraz from one of McLaren Vale’s oldest family-owned wineries is available now.

The latest release from McLaren Vale’s Kay Brothers is the 2018 Block 6 Shiraz, a wine which stands out even among the stellar reds the South Australian region is known for.

Described by winemaker Duncan Kennedy as “intense but elegant, with intricate, fine-grained tannins,” and by Halliday’s own Ned Goodwin MW as “fine boned yet powerful”, the 2018 (RRP $125) is the 35th release since 1984 – the year the wine started to be made exclusively from Block 6 shiraz grapes – with the 2019 due to be released around Easter 2022.

Considered one of the finest shiraz vineyards in McLaren Vale, and Kay Brothers’ pride and joy, Block 6 was planted in 1892 with a collection of cuttings sourced from Thomas Hardy’s Upper Tintara. Over their 129 years, which is old even by European standards, the vines have weathered drought, rain, “even snow, once,” says Duncan. Meticulously cared for, these ancient vines produce fruit of concentrated intensity, hand-picked to ensure no damage comes to either the fruit or the vine.
The variation in soil type in the 1.5-hectare vineyard also adds to the complexity of the fruit. Patches of red loam, heavy clay and gravelly alluvial soils, plus layers of glauconite, limestone, sandstone and siltstone drive the development of powerful, concentrated flavours and fine, textured tannins – hallmarks of Kay Brothers wines. 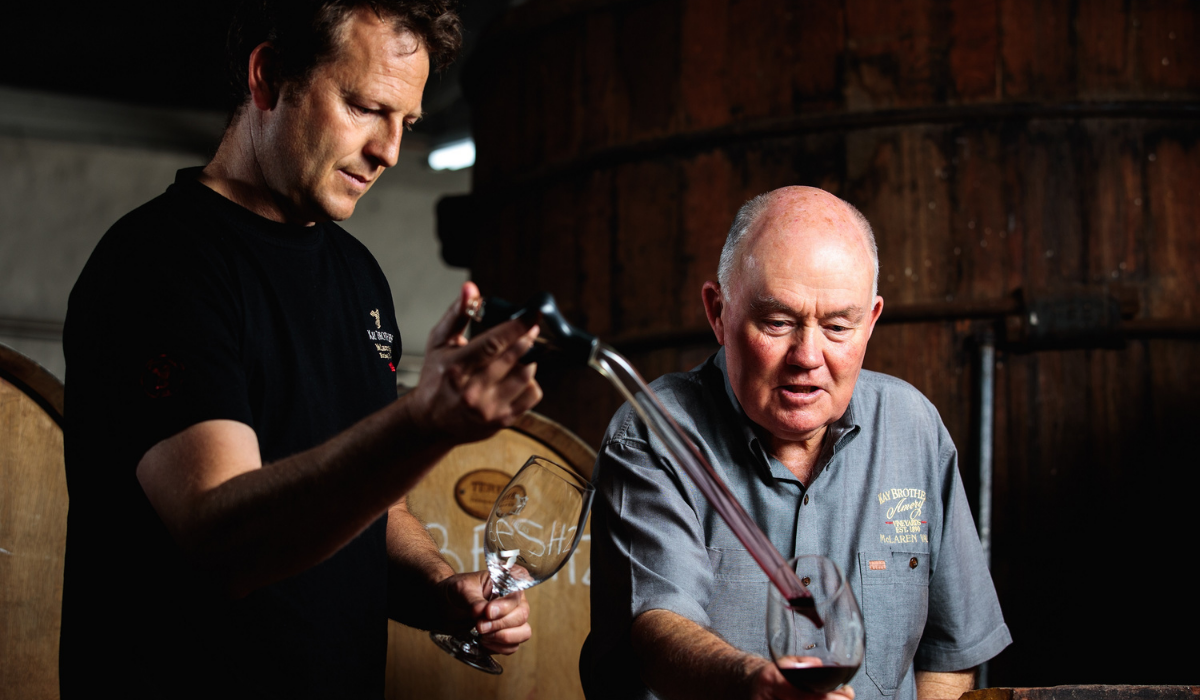 
Duncan remembers 2018 as a particular good year for shiraz. “Good winter rainfall helped the vines get off to a start, but the rest of the season was really quite dry,” he says. “January was hot, which helped develop intense fruit characters, but February and March were quite cool which meant the fruit held onto its nice, natural acidity and allowed the tannins to come into balance.”

The resulting wine is deep ruby in colour, with concentrated dark berry fruit, cacao and black olive characters, plus “pepper-clad acidity” and oak that’s “ample but not exaggerated”, according to Ned Goodwin. It’s “intense, compact, fragrant and ready for the long haul,” he says.

While it’s drinking well now, it has potential to age for decades “if you’ve got the patience,” says Duncan.

For more details on Kay Brothers or to purchase the Block 6 Shiraz, head to their website.