In this series, we ask industry members to share the five drinks that shaped their lives and/or careers.

As head sommelier at Sydney’s contemporary food and wine bar, Bibo, Louella Mathews is on a mission to connect customers straight to the vineyard. After honing her skills across all things wine since she began her career in her hometown Orange, New South Wales, Louella dispels five wines that have influenced her appreciation for the hard work that goes into every bottle. 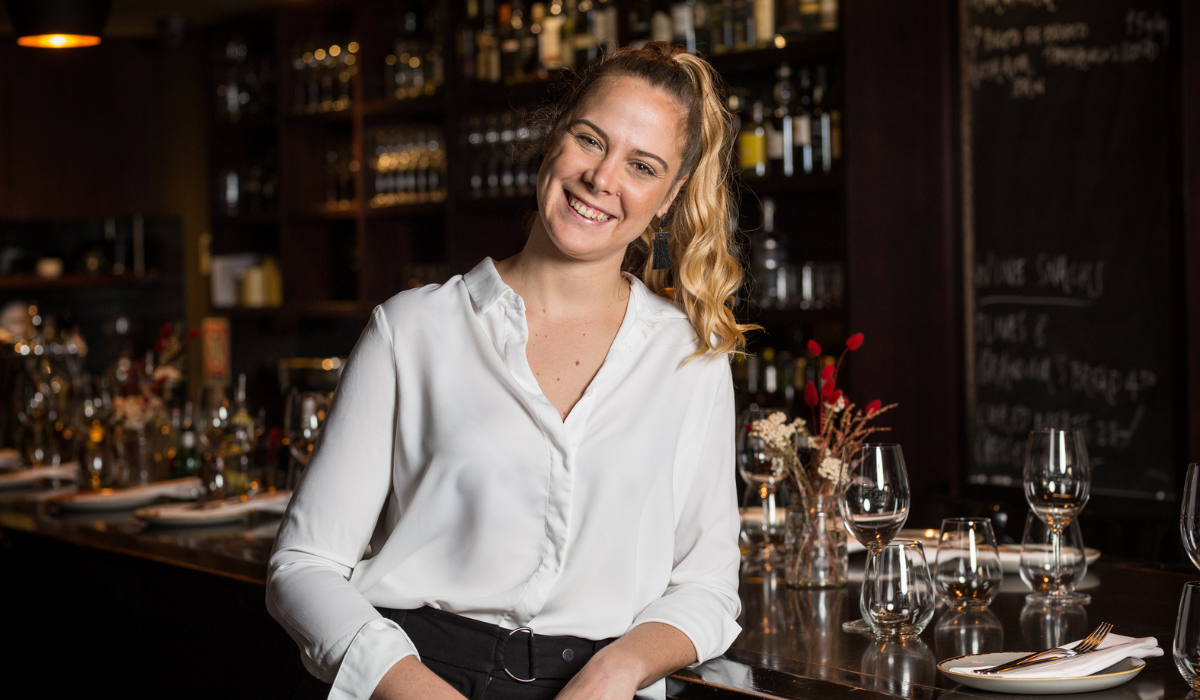 
This one is special to me as it’s from my hometown. I grew up in Orange, NSW, and wasn’t really surrounded by wine at all – my mum and dad didn’t drink wine. I was working at a local restaurant, which is where I met Stephen and Rhonda Doyle, who owned Bloodwood, one of the first wineries in Orange. As we were tasting a variety of wines, they were the first people to introduce me to terroir wine. They explained to me why they planted their riesling in this white, chalky soil, merlot in clay, cabernet in gravel, and so on. This is why it’s so special to me as it was the first time I could taste how a wine was grown. I like to call this one a thirst quencher – you have one glass, and you just want to drink it again!

Louella’s tasting note: Classic riesling flavours – lots of citrus, lemon juice, grapefruit pith, lime zest and then a chalky, grippy note on the palate that’s pure and unctuous. Its acidity is super balanced with the fruit.

I always liked drinking Champagne, but this was the first time I really got it and understood why this one was so expensive. I was very fortunate to meet the chief wine director who came to Australia, Philippe Stark. We were given a taste of all the vin clairs, which is basically the wine before they add bubbles. I tried all the single pots and everything that made up the Cristal. When I had my first sip, I thought this is incredible. It’s still my favourite prestige cuvee, no matter what vintage, because I think it’s the purest form of Champagne. It’s very much unadulterated by winemaking. It really tastes like the Champagne region in a glass.

This wine is iconic and taught me how a great winemaker who has the resources can make some exceptional long-lasting wine. When I was working at Rockpool Bar & Grill as a fresh sommelier, someone ordered a 1986 Penfolds Grange. I brought it down, decanted it and when I tasted it, it really threw me for a loop because at that time and age, I just couldn’t believe how youthful it was. If someone had given it to me, I would have thought it was from 2010 or maybe 2008. I almost felt a bit sad that I had opened it because I thought it was too young. But it was still an incredible wine. This was the first wine that made me understand how this is such a consistent product and truly built to last the test of time. That was a super memorable wine and such a big learning curve.

Tasting note: Super silky, with black fruits like blackberry and blackcurrant. It’s unctuous, with hints of coconut, vanilla bean, and bacon from the American oak.

This is another wine that blew my socks off because I realised that when made properly, wines can last the test of time – especially like these whites from Austria! Still quite young, I was at a tasting for sommeliers at the Four Seasons, led by Tim Stock from Vinous Solutions, and he opened this bottle specifically for this day. Because of the climate Austrian wines grow in, at a certain age, the fruit almost dies away, but the acidity and structure remain. This develops these insane, savoury umami notes, which I just found incredible. After that, I grew a serious appreciation for Austrian wines.

I tried this wine when I was doubting my choice of becoming a sommelier. At this time, I was essentially at the bottom of the sommelier food chain – they called you a “cellar rat”. My job was to unpack wine and run it up to the senior sommeliers, and I’d rarely have the chance to serve the wine. However, one day, one of the owners came in and asked me to open a bottle from his private collection. I didn’t even think he knew my name, but he introduced himself and offered for me to try it in the little tasting room named The Chapel. When I tried this wine, it completely restored my faith as to why I was doing this job. This wine’s story deserved to be told and for me to find the right customer to drink it. It was a real mind-clearing moment.

Tasting note: The special soil layered with blue clay gives the bouquet a dry violet flavour. It has a fruit profile of perfectly ripe plum and blackcurrant, with an oak influence that brings out sweet vanilla. It’s a little herbaceous as well, with a blackcurrant leaf edge.

This article first appeared in issue #62 of Halliday magazine. Become a member and receive the print publication as well as digital access.