The union of Moorilla and Domaine A marries two exceptional wineries, creating a powerhouse of Tasmanian wine.

Earlier this year, Moorilla and Mona owner David Walsh acquired top Tasmanian label Domaine A, adding to the scope of their southern vineyards. The plan, however, was not to merge the two wineries, but rather to respect what each has to offer individually. Under the expert guidance of winemaker Conor van der Reest, who has a continuing relationship with Domaine A founder and winemaker Peter Althaus, the brands are being operated separately, and form a complementary partnership in what each can bring to the glass.

When Peter put Domaine A on the market – a move that came after deciding it was time to slow down and spend time with family – there were many potential buyers for his esteemed Stoney Vineyard in the Coal River Valley. And in choosing who to pass the baton to, it wasn’t about the highest price. “It was, most importantly, about feeling assured that the legacy I have built would be in the hands of the appropriate custodians,” he says. “I am confident I have chosen the right organisation, winemaker and people to maintain my label’s integrities and qualities.”

While many would associate Moorilla with the dark and intriguing Museum of Old and New Art (Mona), and its dramatic cape-top location overlooking the Derwent River, most wouldn’t know that it’s a pioneering winery in the region, established in 1956 (long before its attachment to the iconic attraction, with the estate bought by David in 1995).

Conor has been making Moorilla’s distinctive wines since 2007. He was engaged by David to revive the vineyard and given the liberal instruction to “just make stupendous wine”. That he did, rejuvenating the Berriedale site and pledging to capture its particular characteristics. 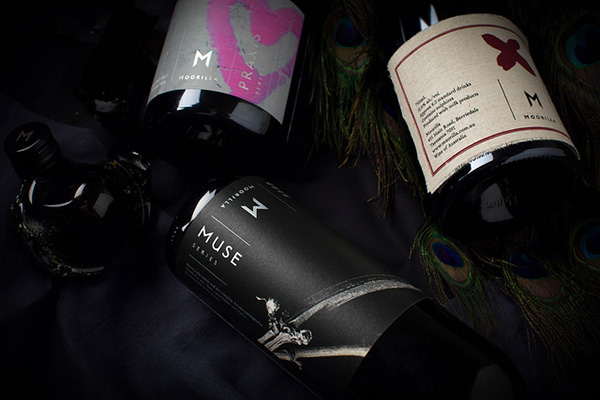 The Moorilla winemaking philosophy is to express the place the fruit is grown, from the fertile soils to the cool climate and water-adjacent location. Starting with that reverence for what the site provides, the fruit is then cleverly treated in the winery. In spite of the contemporary packaging, and the connection to Mona’s subversive style, these are precisely made, sometimes playful wines, with the structural integrity to last the distance. Age-worthy products are a large focus, with the Muse and Cloth Label series designed for saving away in the cellar. One of Moorilla’s passions, however, is its sparkling wine – a fact that’s perhaps unsurprising as Tasmania continues to cement its position as a force of fine fizz, with the consistency and affordability to rival Champagne.

Domaine A’s Stoney Vineyard is an impeccably tended site, with low yields of high-quality fruit. And similar to Moorilla, the ethos is to treat that fruit with the utmost respect from vine to bottle. “Moorilla and Domaine A are both focused on making wines that truly show what Tasmania and our vineyards have to offer,” Conor says. Domaine A is known for its long-lived table wines, particularly its cabernet sauvignon, so together with Moorilla, the brands run the gamut from wonderful bubbles to fuller bodied reds.

Conor is excited and proud to have been selected as the keeper of Domaine A’s special vines and plans to treat the fruit with the same fastidious approach as Peter did, ensuring the brand’s uncompromising style. There are also nine vintages of cabernet from the former winemaker still to come, thanks to their lengthy maturation period (at least three years) in the cellar before release.

Scoot over to Moorilla and Domaine A to get your hands on stellar sparkling wines, aged releases and collectable reds.