The recent announcement of Chinese tariffs on Australian wine of between 107.1 per cent and 212.1 per cent is a massive blow to an industry already wounded this year by droughts, low yields, bushfires and Coronavirus.

Such nonsensical and extreme tariffs hurt stakeholders on both sides. The day after the announcement, one large company cancelled 1000 tonnes of uncontracted fruit, and the ramifications will be far-reaching for many millions of Chinese who love, pour, sell, distribute and import Australian wine.

The Chinese Ministry of Commerce has accused Australia of dumping cheap wine in China; investigations remain ongoing. But if these tariffs are really all about retaliation, why is bulk wine, which is shipped unbottled, the only category exempt from the tariffs? And why is wine just one of many exports to be slammed?

This catastrophe threatens to wipe out 40 per cent of Australia’s wine exports. Rule China out altogether and 189 million bottles of cancelled export orders have to find a new home.

Wine is of course a pawn in a much larger diplomatic tussle, and a tiny pawn at that. Wine makes up just one per cent of Australia’s total exports to China. But for Australian wine, China is massive – it’s now our biggest export partner. In 2018-19, Australia's total wine sales amounted to $6.4b, of which $2.9b was exported, with $1.2b going to China. This means China is 40 per cent of our export sales and just under 19 per cent of total sales by value. By volume it's not so significant. Of 1.3b litres of wine sold, 744 million litres were exported, of which 142 million litres went to China (19 per cent of exports and 11 per cent of the total).

This catastrophe threatens to wipe out 40 per cent of Australia’s wine exports. Rule China out of the equation altogether and 189 million bottles of cancelled export orders have to find a new home. Every year. Look out for dumping en masse.

With a bigger stake in the Chinese market, it’s the full-bodied reds of the Barossa, McLaren Vale, Langhorne Creek and the Riverland that will be hardest hit. But there’s more at stake than just sales figures, politics and oversupply. “It’s more than just business,” says James Lindner of Langmeil. “In the Barossa, it’s a genuine relationship and a cultural exchange. Bonds have been made with our Chinese friends over many lunches and dinners.”

Penfolds chief winemaker Peter Gago sent a bottle of 1953 Grange to his Chinese office last year – the birth vintage of President Xi Jinping. “We are not allowed to gift it, but we can pour it for him, and I would have this year,” he reflects. “This is what we need to be doing in China.” 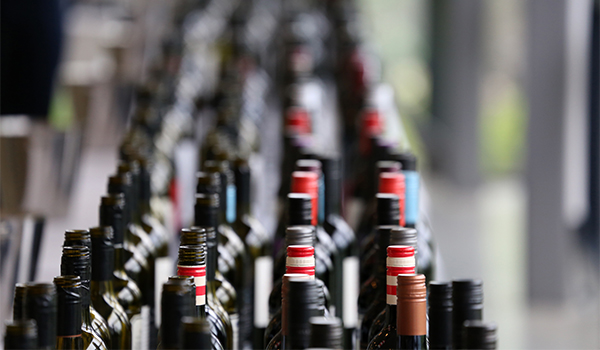 Wineries are scrambling to diversify their markets, which takes time and investment. And it’s no easy task in the midst of the most challenging time to travel and get on the ground since World War II. “Nothing sells wine better than shoe leather!” says Natalie Fryar of Tasmania’s Bellebonne. Smart operators saw this coming. Ian Hongell of Torbreck in the Barossa says they have been working to engage new markets since January. “It’s been my primary directive for our export team. This won’t replace China by any measure, but we will find a way to reshape our footprint,” he says.

Investigations and diplomacy continue, and it is yet to be seen whether these tariffs are temporary, permanent or somewhere in between. Irrespective, such an extreme and sudden reaction is a dramatic wake-up call for Australian winemakers heavily reliant on this volatile market. The industry is scrambling to get its eggs out of this basket. This is now clearly a mandatory, long-term priority, even in spite of these tariffs. No industry can afford to be heavily reliant on a market prepared to turn the tap on and off on a political whim.

In spite of all that this year has thrown at them, Australian winemakers remain optimistic, adaptive and resilient. “I’ve seen vine pulls, the rise and fall of the UK, US, and now China,” Ian Hongell says. “China was our third attempt as a country at getting it right, and we thought we were succeeding, with the highest prices paid per litre. Not just value offerings. But all markets reset in time and we adapt.”