How has the wine industry changed in terms of its attitude to women since you started working in it? What still needs to change?

Jeni Port: Change has come very, very slowly. In 2000, the number of women entering tertiary wine courses increased. However, it became clear that when they left to seek work in the industry, many did not stay.

In 2016, the board of the Australian Women In Wine Awards (I am on the board) conducted a landmark survey of women in the Australian wine industry. The results were quite depressing:


1. The Pay Gap: 42% knew or believed that they were paid less than their male colleagues.
2. Maternity and Child Care: 25% experienced unfair treatment over issues of pregnancy, children and/or maternity leave.
3. Sexist Behaviour At Work: 67% had experienced sexist behaviour in their workplace.
4. Career Advancement: 18% believed they did not receive equal career advancement opportunity.

These four areas of concern are among the most important the industry needs to address.

Women in wine inspire me because they offer relevance, perspective and a sense of belonging.

Erin Larkin: Firstly, I think it’s important to start with this: The wine industry is a puzzle, made up of many different sector pieces. Viticulture, winemaking, sales/marketing, business, media, retail, hospitality and others. Some of these are male dominated, and others female, and the rest, a balance. I have only ever been involved in three of these (sales/marketing, retail and media), four if you count working in pubs when I was younger, I suppose, and so my experience only captures these areas. Not all sectors are as balanced as others.

Secondly, I feel fortunate to be able to say, that in wine, I haven’t had so many gender barriers – at least, none that I’ve taken much notice of. From my base in Western Australia, I see an industry with as many female leads as male (more females, in WA), which is encouraging. My attitude towards gender in the wine industry, is that it should be completely immaterial to output. You don’t make better wine because you’re a man. I don’t write better because I’m a woman. I write the way I write because of who I am, the books I read, the company I keep. When I started writing, the template in Australia (apart from the likes of the inimitable Jeni Port and Jane Faulkner) was mainly male: Huon Hooke, James Halliday, Campbell Mattinson, and so on. I never read their words as ‘male’, I looked up to their structure, clarity and poise, and still do.

I think the wine industry, from my point of view, is on the right track. I wouldn’t say it ‘needs to change’, rather, the focus on quality output should always be paramount to progress – I don’t want to see any dispensation for or against males or females – give us the best quality, no matter the gender source. Surely that’s just common sense?

Jane Faulker: Even in 2022, there’s a long way to go. However, there have been positive outcomes and opportunities obviously, reflecting society’s expectations and changes even if patriarchy thrives in various quarters. Given the female population matches the male population we do have a right to be involved and represent not only our gender but all in wine matters. Dinosaurs exist, largely confined to the ‘middle aged and older male species’, who are ignorant, tedious and outdated. I say stand your ground, ladies, if need be. Call out sexism, bullying and inappropriate behaviour and never be afraid to stand up for what is right. Whether female or LGBTQ, believe in yourself and strive. Be supportive of women, be kind and remember every positive change, helps the next person. Or just kick ass. 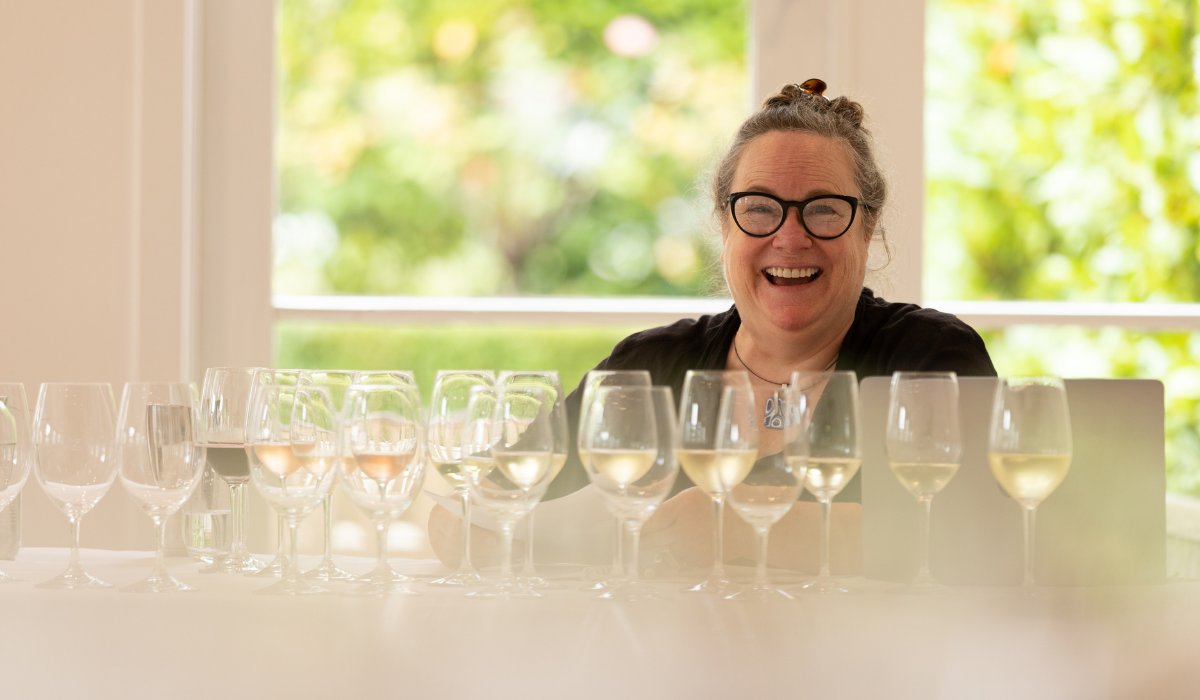 What gender-related challenges have you had to overcome, if any?

JP: As a journalist my own gender-related challenges were more to do in the newsroom, but once I began writing about wine – I started the first wine column in the then Sun News-Pictorial newspaper in Melbourne (now Herald Sun) – it was to do with acceptance. I was often ignored and as the only woman in a room of men it was hard to break down the old-school barriers.

I would literally sit with men at a tasting and be ignored or talked down to.

Still, there were some marvellous men who assisted me in my learning. To them I owe a great gratitude.

EL: Most stark was being consistently underestimated when I started out. I was enthusiastic and eager (still am) and younger than most in the writing world, and while that certainly worked against me (with regards to being taken seriously) it also worked in my favour, in that I was ‘allowed’ to attend events and tastings above my station at the time. I know now that this inclusivity is common in the industry. The experience I gained in those early years was crucial to my understanding of how things work, and I now wouldn’t want to be in anywhere else. I’ve found my place. 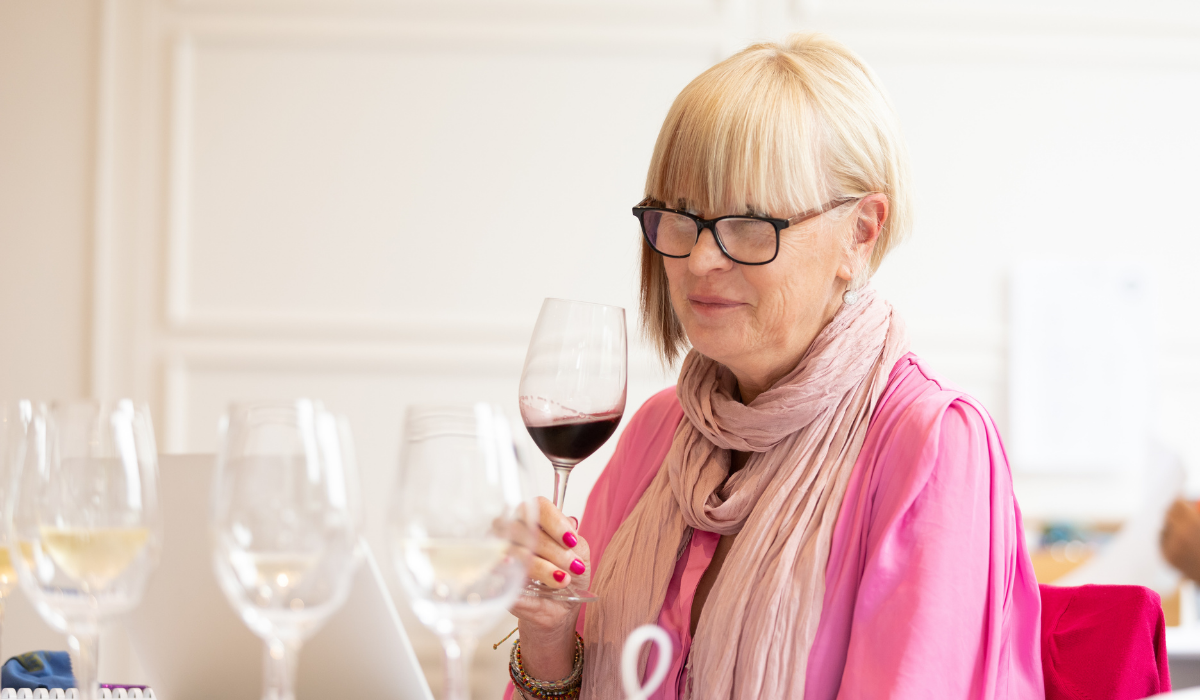 Is there a woman who inspires you in the industry? Why?

JP: There are many women who inspire me with their incredible drive and talent and unrelenting attitude and ability to learn and breakdown barriers, and, most of all, the consistent quality of wine they deliver year after year.

EL: There is no one woman that inspires me, but I absolutely gravitate towards the women who are supportive of other women, and comfortable in themselves. It would be impossible to answer this question without zooming out to macro and mentioning Jancis Robinson – she was a trailblazer in a time that really needed trailblazing. She had to bush bash a track in an overgrown forest of men. She did it. That’s inspirational.

JF: There is more than one woman who inspires me. Women in wine inspire me because they offer relevance, perspective and a sense of belonging. However, I tip my hat to the legend Pam Dunsford. With a degree in bio-chemistry and horticulture under her belt, Pam became the first female to study oenology at the then Roseworthy, now part of Adelaide University, in 1972 – not so long ago eh, it makes Australia look archaic. She was the first woman to become a show-judge and so much more. Thanks Pam for paving the way. And with wine writing, Jancis Robinson is right up there. She’s been at the top of her game for years with no signs of slowing down while remaining as relevant as ever. 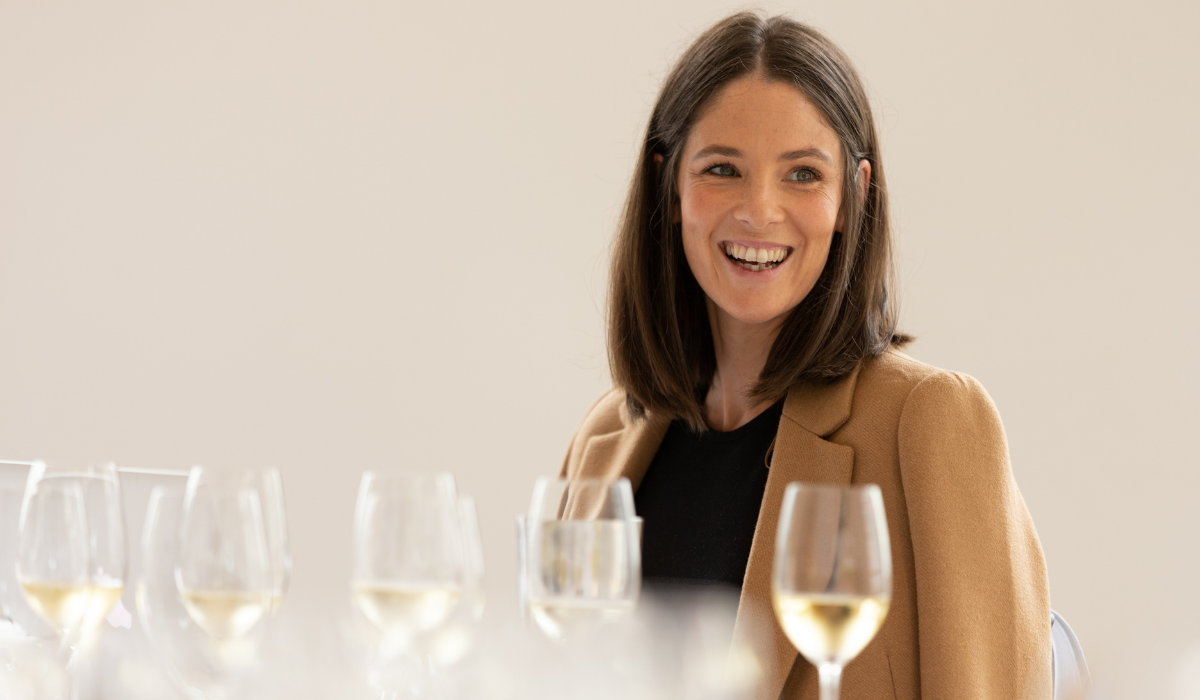 What's your favourite wine made by a woman?

EL: Gawd. Where do I start? Given the fact I’ve already told you that I favour quality over gender, what I’ll tell you next is that the wines I’m about to mention are great wines in their own rights, and nothing to do with the gender of the people who made them: Vasse Felix Heytesbury (made by Virginia Willcock), Cullen Kevin John (made by Vanya Cullen), Yarra Yering Dry Red No 1 (made by Sarah Crowe)…does that cover it?

JF: Gosh, so many wines I adore so a single favourite is impossible to isolate. Allow me a handful please. The wines I love and regularly drink are those from Elisabetta Foradori in Trentino, Arianna Occhipinti in Sicily and Maria Teresa Mascarello in Barolo, when I can afford them. In Australia, Virginia Willcock has transformed Vasse Felix into one of the great producers with Heytesbury a favourite chardonnay while Vanya Cullen has proved biodynamics not only transforms the earth but wines too.