James Halliday on the 2020 Penfolds Collection

Hear what James Halliday has to say about the new wines making up the Penfolds Collection, which released on August 6. Not just about the Grange, the range is full of standouts – both white and red.

The release of the 17-bottle Penfolds Wine Collection, headed by Grange and 11 other red wines, is always an important event on the wine calendar. But the white wine quartet, led by 2018 Yattarna, deserves a fair go.

In the early 1990s Ross Wilson, managing director of Southcorp, gave the Penfolds winemaking team a challenge: to come up with a white wine that would sit alongside Grange. The prerequisites were that it should be of the highest quality and should mature gracefully over a decade or more. The first decision, the choice of variety, was by no means as easy as hindsight would suggest. Semillon and riesling satisfied the longevity test, but Hunter Valley semillon had no reputation beyond Sydney, and the rieslings in the group had not been well marketed.

Which left chardonnay, a relative newcomer that had produced only 1893 tonnes in 1980, almost none from South Australia due to the state’s Phylloxera Control Board restrictions. In ’90, its crush was less than riesling and semillon. The nascent team was given an unlimited budget and had to learn quickly. It did, and in ’96 a chardonnay caused much excitement at the Sydney Wine Show. It was one of two wines made by Penfolds in ’95, a blend of Adelaide Hills and McLaren Vale grapes. It became known as Yattarna, the second wine Reserve Bin A.

Yattarna, like Grange, didn’t bother with wine shows thereafter, leaving the field clear for Reserve Bin A to dominate. The ’18 Yattarna is a three-state blend: Tasmania, New South Wales (Tumbarumba) and South Australia (Adelaide Hills). It’s rated alongside the ’12 and ’17 vintages by Penfolds chief winemaker Peter Gago. The ’20 Bin 51 Riesling is a delicious wine, revelling in the cool conditions that prevailed from January onwards. It adds its share of claim for a fair go.

The white wines in this year's Penfolds Collection.

If you were to buy a single bottle of each of the 17 wines in the 2020 Penfolds Collection, it would give your credit card a $3385 hit. In the days when Frequent Flyer points were useful in reducing holiday costs, many charged everything to their cards. Since the skies emptied overnight, loyalty programs aren't what they used to be.

But, and it's a big but, Grange is an aphrodisiac for a multitude of fine wine consumers who read everything written about the new vintage of Grange, and I'm not going to spoil their party. Chief winemaker (and marketer) Peter Gago points to the track record of 1986, '96 and now '16, and suggests all three are of the ‘classic’ genre. As my tasting note implies, I agree.

My choice of red wines that are a little more affordable and have a story to tell follow. The 2018 Magill Estate Shiraz (96 points, $150) is from the small remnant of the vineyard planted by Dr Christopher Penfold in 1844, now completely surrounded by houses. Oak plays second fiddle to gently spiced red and black cherry fruit.

The 2018 RWT Bin 798 Barossa Shiraz (97 points, $200) debuted in ’00 with the release of the ’97 vintage. Someone pointed out that Penfolds, a paragon of shiraz and of the Barossa Valley, didn't make a single Barossa shiraz. The winemakers rectified the lack, using 18 months maturation in 100 per cent French oak (66 per cent new). It's flashy, it's opulent, its depth of black fruits nonchalantly deal with the thrust of oak and tannins. Like Grange, give it 10 years’ rest.

The 2018 Bin 150 Marananga Barossa Valley Shiraz (95 points, $100) is the youngest member of the family, born in ’08 in the Marananga district in the heart of the valley floor, and proud of it. It has one foot in the past, one in the present, American and French barrels sharing 50 per cent new oak. It's densely packed with ripe berry fruits, earth and liquorice. Hello sailor stuff. 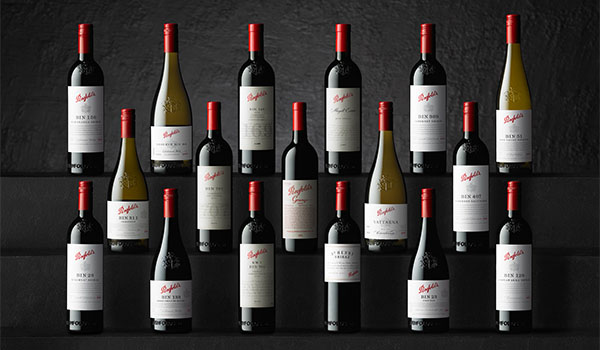 The full line-up of all 17 wines in the 2020 Penfolds Collection.

This is an edited extract of two articles that first appeared in The Weekend Australian on August 8–9, and August 15–16.