Field blends now and then

Even with the startling advances in DNA science over the past 20-30 years, it’s not possible to be dogmatic about the ancestry of the varieties we have today. The massive bible Wine Grapes (Jancis Robinson the lead of three authors) lists and describes 1368 varieties presently grown to make wine, much of it based on DNA research.

By the Darwinian hypothesis, these 1368 varieties are the survivors of a far greater number over 3000-plus years of domestication of the vine for the production of grapes for the table and wine.

Vines were grown wherever and however they could produce grapes, and as domestication proceeded, the concept of growing vines in open fields (as opposed to growing them up trees, doubtless their original habitat) took hold. Here they were most commonly grown as bush vines, the oldest canes simply providing support for the new canes to grow.

There was no such thing as rows, with all the work done strictly by hand (rows came with horses, and eventually tractors). But there was limited attention paid to what varieties were planted or the removal of infertile vines (those of weak growth and so forth). Mutation, too, could result in red grapes moving from black to grey to white. 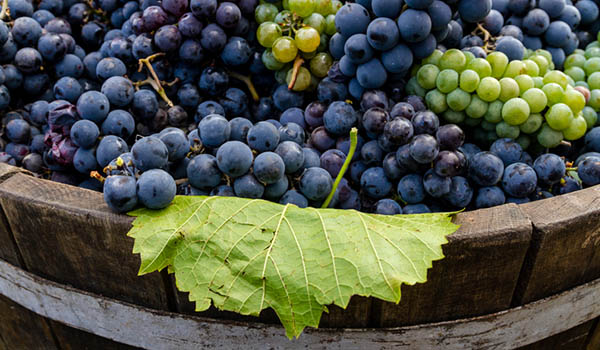 Jancis’s work suggests two varieties were involved in producing today’s vines and that these have been around for well over 1000 years: pinot noir and  blanc. The problem is that in the dawn of viticultural time, giving names to vines was potluck, and evolved in local languages/dialects.

So the original idea of a field blend was very much different to the mixed planting of today. The pattern (if any) of distribution was arbitrary and included white, red and blonde, and everything in between – they were picked together and co-fermented. A field of shiraz and ? Why not.