The rise of single sites

Think you know Barossa shiraz? Think again. An increasing focus on the region’s special sites is capturing their individuality in some exciting single-vineyard wines.

The names of special vineyard sites are imbued in Barossa winemaking history – Hill of Grace, Pewsey Vale, Steingarten – but now the focus is drilling deeper to also mention sites of special provenance. Previously only significant to the producers, these sites are now being widely celebrated as an ever-expanding catalogue of single vineyard wines.

The rise of single-site wines is elevating awareness of subregionality within the Barossa, with wine brands making the distinction on labels between fruit sourced from Eden Valley, or a site in Greenock or Ebenezer, for example. Producers are taking this approach to drive a more specific conversation about shiraz especially, to dispel any notion that Barossa shiraz is a singular expression. Now, the devil is in the detail of diversity.

Beyond the winemaking, it’s also a marketing focus, which is keenly embraced by maverick upstart First Drop. Co-proprietor John Retsas says the ambition behind their small brand, which he developed with winemaker Matt Gant in 2004 without owning vineyards or winery facilities, was to make wines that speak of place and grape variety. “For us that meant reflecting the many different mesoclimates that exist within the Barossa,” John says. And so the single-vineyard story became a significant part of First Drop’s marketing pitch. 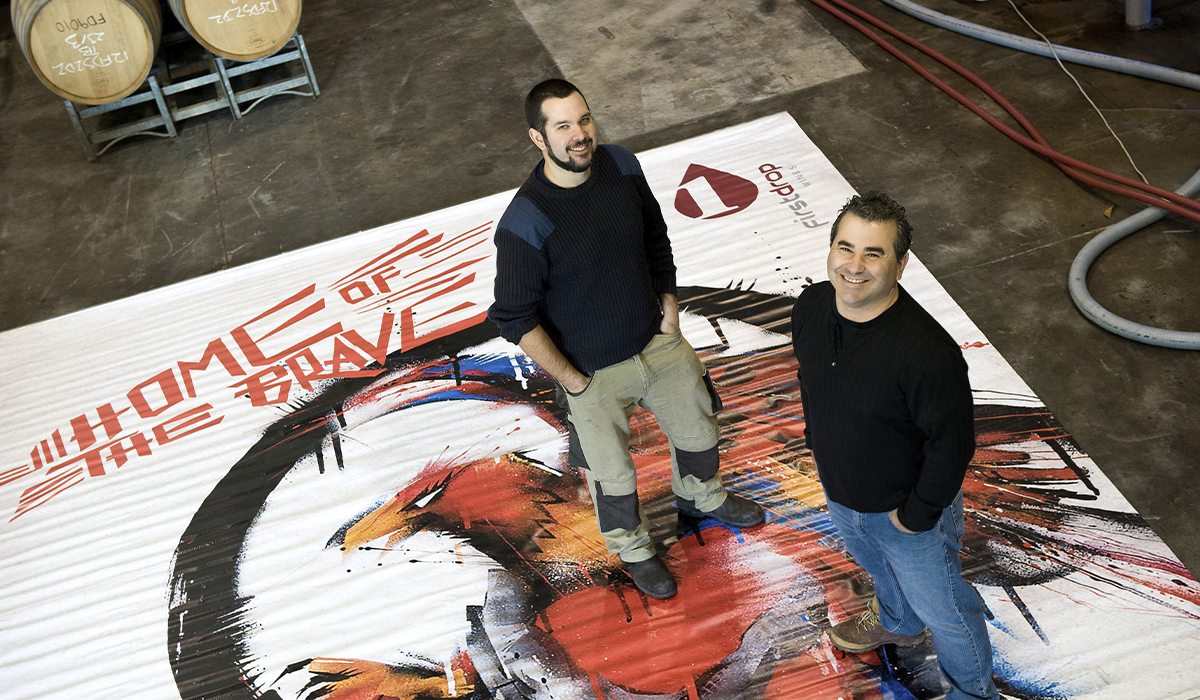 Sourcing fruit from esteemed, independently owned vineyards, Matt and John decided not to blend the best parcels together and instead created The Fat of the Land series, showcasing three outstanding vineyards from Greenock, Ebenezer and Seppeltsfield. These were offered at a premium price, but swiftly sold out, and their success led them to go one step further – presenting a separate series of shiraz from Eden Valley vineyards that show distinctly different structure and savoury characteristics. Sourced from previously unheralded plots in Mocculta, Winton and Craneford, First Drop has produced its trio of Cold Sweat Eden Valley shiraz since 2012. John says they believed Eden Valley needed to be differentiated for having its own distinctive shiraz personality.

It may be a winemaker-driven desire to produce such specialised wines, but they have commercial traction. All 200 dozen of each single-vineyard wine sells out each year, and demand has made them a talking point among sommeliers and wine lovers. “They tell and sell the story of what’s going on here – and that word-of-mouth endorsement from people who try and like these wines is invaluable,” John says.

John says visitors to First Drop’s cellar door often buy the full set of single-vineyard wines rather than just one favourite. These sets are sold with maps and brochures to explain each wine, and people are known to serve all of them for comparison at dinner parties. “A lot of these people had no previous idea that differentiation of flavour and structure was so profound across the Barossa.”

The Barossa Grape and Wine Association (BGWA) has seized on this aspect of single-vineyard specialisation as an important component of promoting a modern Barossa image. Their 10-year-old Barossa Grounds project, which maps specific subregions (which it terms as “parishes”) to identify the complex make-up of soil types, has now been augmented by the Single Vineyard Register. This highlights some of the famed independent grape growers and their celebrated sites.

BGWA’s Amanda Longworth says shining a spotlight on these single vineyards, their owners and viticulturists illuminates the value of rare, old-vine resources that sets the Barossa apart from other regions. Featured growers include Adrian Hoffman, who is the sixth generation in his family to farm these same sun-kissed red soils since his ancestors settled in the northern Barossa in 1857. Having previously sold grapes exclusively to big companies, including Penfolds and Barossa Valley Estates, Adrian now takes a different path, building relationships with up to a dozen different buyers taking fruit from individual blocks. 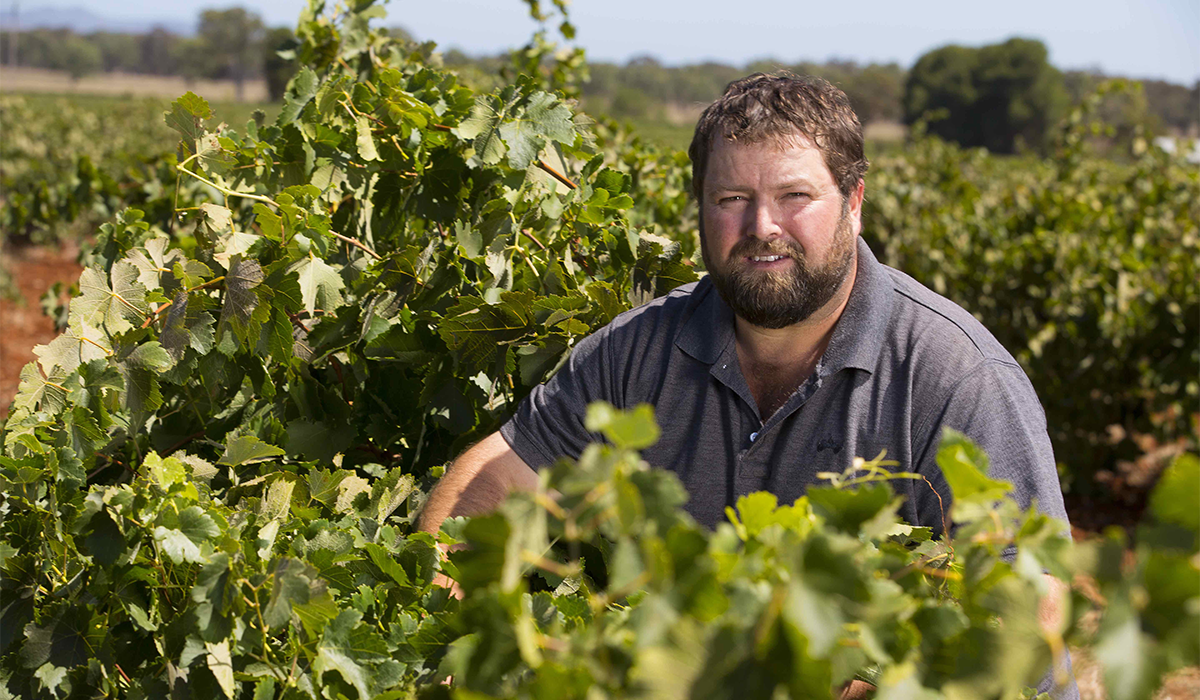 “We have something special here, so I’d rather work with winemakers who respect that and will highlight it in their wines,” Adrian says. “It’s not the easy way, but it has given this vineyard an identity and respect – and that reputation will ultimately protect the longevity of this patch of dirt.”

One of Adrian’s great supporters is winemaker Chris Ringland of Three Rivers Shiraz fame, who partnered with Adrian to produce the 2013 Hoffmann Vineyard Shiraz as part of their North Barossa Vintners joint venture. Chris hopes this partnership can help redefine the relationship between grower and winemaker. “I first made wine from the Hoffmann Vineyard in 1992 and have since built a strong and dynamic relationship with Adrian,” he says. “Working together encompasses our shared knowledge and admiration of long-ageing wines.” 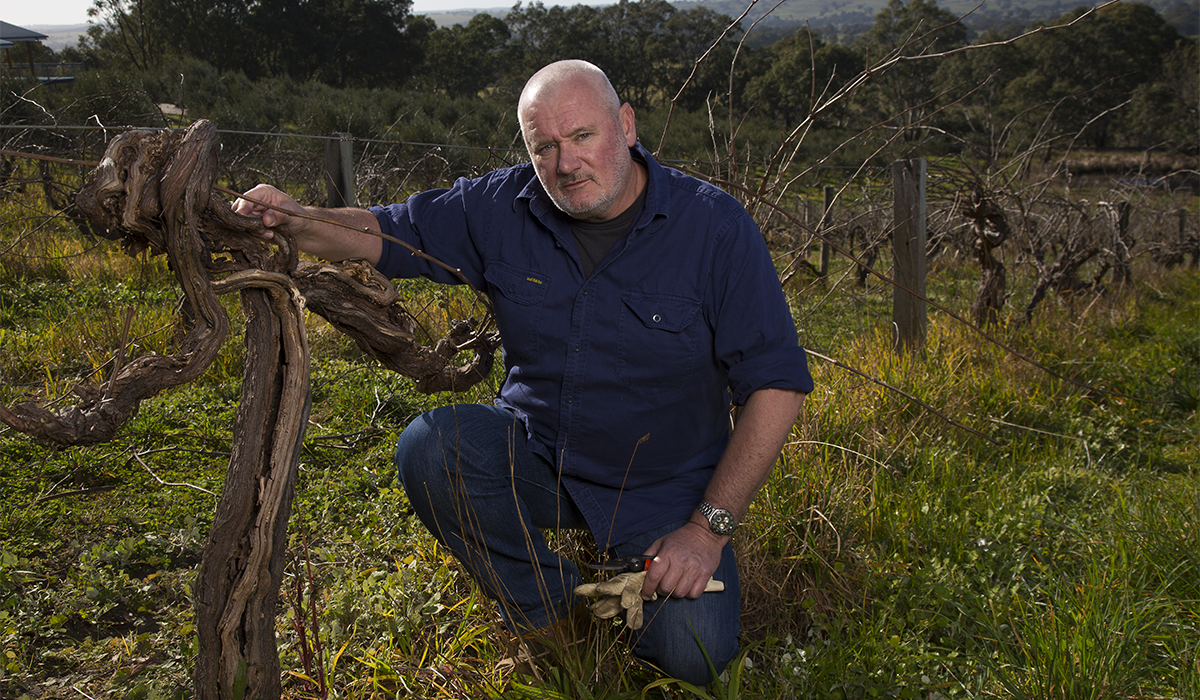 Adrian sells to many winemakers and the hall-of-fame wines produced from specific Hoffman-owned blocks has grown to a vast list. Sami-Odi winemaker Fraser McKinley was introduced to Adrian’s vineyard almost 20 years ago and calls the site University Chez Hoffmann. “It continually educates and inspires with every visit,” Fraser says. He has bought fruit to make his acclaimed 2018 Sami-Odi Hoffmann Dallwitz Shiraz and NV Little Wine Shiraz.

The Barossa’s oldest vineyards are history books that keep offering exciting new chapters. Gnarled, twisted and ancient, they represent some of the oldest-producing vines of certain grape varieties in the world. With some dating back 170 years, these vines predate anything European producers can source for their wines, having never been affected by phylloxera.

This is what makes the Barossa so unique and important to Australia's viticultural landscape, a responsibility felt by the growers – custodians of these ancient vines – who are working hard to preserve them for the future generations.

This is an edited extract of an article that first ran in issue #56 of Halliday magazine. Become a member to receive the print magazine and enjoy digital access.