South Australia’s Barossa is arguably one of Australia’s most famous wine regions, and for a good reason. The area boasts a vinous history dating back more than 170 years and is home to some of Australia’s oldest surviving vines. 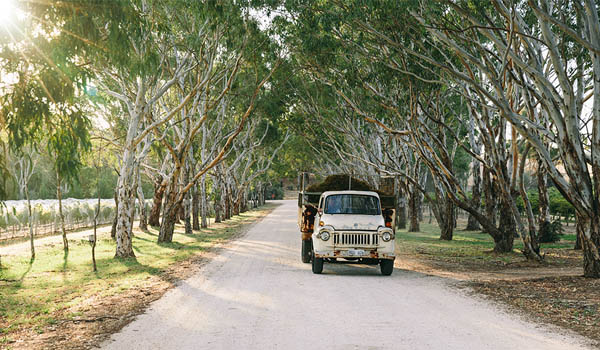 Today, the Barossa is best known for its wine icons (think Penfolds and Henschke) and signature style of shiraz (the bigger and bolder, the better). It is a place where eucalyptus trees grow beside gnarly old vines; Germanic church steeples sit beside bluestone cottages; and where sixth-generation winemakers continue to challenge the status quo.

The Barossa is also a broad term for the many wineries that call this region home, whether their location is in the warm of Tanunda or the cooler heights of the Eden Valley. It’s all a part of the region’s charm, as the diversity of subregions and sites that fall under the Barossa banner only adds to its colourful character.

Go to section: The history of Barossa | Home to Australia’s oldest vines | Climate and soil | Barossa wine styles | Things to do in the Barossa

The history of barossa

The Barossa pioneers came from two camps. On one hand there was the British gentry, led by George Fife Angas (who gave his name to Angaston), Joseph Gilbert (Pewsey Vale, est. 1847), Samuel Smith (founder of Yalumba, est. 1849) and William Salter (Saltram, est. 1859). On the other side were the Lutheran emigrants from Prussia, among whom there was Johann Gramp (Orlando, est. 1847), Joseph Seppelt (Seppeltsfield, est. 1851) and William Jacob (Jacob’s Creek, est. 1854).

The typical Barossa-Deutsch grapegrower worked from dawn until dusk, six days a week, every week of the year. Droughts, floods and bushfires only strengthened their resolve. By the end of the 19th century, a pattern had emerged: shiraz, grenache and mataro accounted for 70 per cent of the Barossa’s total vine plantings. And so red wine became the Barossa’s dominant style.

One of the oldest legacies of the Barossa is the annual release of Seppeltsfield’s 100 Year Old Para Liqueur. The first puncheon of this tawny was laid down in 1878 and was kept as a true vintage wine, only topped up (by moving to smaller barrels) with the same wine. It was subsequently opened for the first time in 1978 and has been celebrated every year since for its explosive lusciousness, intensity and complexity.

Throughout the years since its first planting, the Barossa has emerged victorious from the impact of both world wars, the Great Depression and the state-funded Vine Pull Scheme (a largely ineffective attempt to remove old, low-yielding vines). According to James Halliday: “The Barossa of today is a bustling wine region, full of confidence about its future, its history and culture proudly displayed wherever you look.”

The Barossa is home to not only Australia’s oldest surviving grape vines, but also to some of the oldest in the world – one cluster dates back to 1842. The vines and wineries in the area have overcome floods, fires and phylloxera (thanks to foresight). So to help preserve these incredibly rare plantings, the Barossa introduced the Old Vine Charter. The vines listed in the charter, often dry-grown and low-yielding, produce concentrated, long-living wines that are in high demand around the world.

The Barossa is home to a Mediterranean climate. It is dry with low humidity, a relatively low rainfall, and it receives a bucketload of sunshine; this equals an ideal climate for full-bodied reds and robust white wines. And contrary to what you might think, the Barossa only has slightly warmer climates than Margaret River and Bordeaux.

When it comes to soil type, the Barossa has a complex system of transverse sub-valleys and twisting hills across different elevations, slopes and sites. That means the soils vary widely, ranging from clay loam to sandy soil, and grey to red and brown.

The Barossa may be home to more than 40 different grape varieties, but a small number of favourites make up 97 per cent of the region’s plantings. Of that count, more than 75 per cent are red wine varieties.


Barossa is the home of Australian shiraz, so it should come as no surprise that this grape is a favourite of local winemakers. It is the variety that’s growth is best suited to the area. The Barossa has had a lot of time to perfect the art of growing shiraz, as it is has been produced in the area for more than a century. James says: “The wines are lush, velvety and mouth-filling, with flavours in the spectrum of black cherry to blackberry, the tannins ripe and soft.”


James says that Barossa cabernet sauvignon “performs best on cooler sites and in moderately cool vintages, with French oak largely, but not universally, preferred to American, and the overall style more restrained and firmer than that of shiraz”. While the cabernet sauvignon is not as famous as its shiraz counterpart, this variety remains resplendent in the signature Barossa style: rich black fruit and soft tannins.


The first grenache cuttings came all the way from France in 1844, courtesy of Dr Christopher Rawson Penfold. Since then, grenache has been embraced by Barossa winemakers for its ability to produce high yields in warm climates, and it is celebrated in both single varieties and blends. For James, these styles are “juicily sweet, and the varietal blends display a rich tapestry of flavours and textures”.


The first Barossa settlers wasted no time in planting semillon vines and it has been a vinous love affair ever since. According to James: “Gone are the days of coarse and phenolic skin-contacted wine and American oak; in are earlier-picked, steel-fermented wines of real merit, with clear varietal character. Barossa semillon is known for its full-flavoured, toasty and honeyed notes that become apparent with age.”


Chardonnay is the dominant white variety in the Barossa. It was first planted in the 1960s and then again in the 1980s chardonnay boom. It is a white wine with rich fruit character and great depth.


James says: “Generosity, rather than finesse or elegance, rules the day, with wines which develop more quickly than their counterparts from the Eden or Clare Valleys.” It must be noted, however, that use of the regional name “Barossa” encompasses the Eden and Barossa Valleys, making the fine print on the back label important for some of Australia’s best rieslings that carry this name.

Things to do in the barossa

The number one activity on any Barossa visitor’s itinerary will undoubtedly revolve around wine, no matter if it is a pit stop at one of the iconic cellar doors or a full day’s wine tour. Rest assured, however, that there are other things to keep you entertained in the region.

If you’d like to stretch your legs, go for a wander up to Mengler’s Hill lookout, located in the Barossa Sculpture Park, for a beautiful view. For those feeling peckish, the Barossa Farmers’ Market happens every Saturday in the farm shed behind Vintners Bar & Grill and offers a maze of market stalls plus delicious local produce.

For a birds’ eye view of the Barossa, take to the skies in a hot air balloon at sunrise. If you prefer to keep your feet on the ground, walk the Barossa goldfields track.