The rise and rise of Margaret River

This Western Australian region is consistently producing serious quality. Fremantle-based writer Erin Larkin takes us through some of the hero varieties and recently released wines.

If you were to try and work out what Margaret River was all about today, in terms of wine style and vibe, you would do well to consider it from a few angles. The region is a fine-wine heavyweight, excelling in cabernet, chardonnay and the sauvignon blanc semillon blends; not just within the context of Margaret River, but also on the national, and, increasingly, international stage. It has been blessed with an excellent and almost unbroken run of fair vintages, with little significant pressure from disease or climatic events. With the exception of 2006, which was in majority cool and wet, most vintages are rightly considered either ‘very good’ or ‘excellent’. Even 2006 wasn’t a total write-off. Some producers, such as Moss Wood, picked at exactly the right time and produced wonderful reds, and the year was universally good for whites. With each passing year, the wines just get better.

The region’s chardonnays were at one time ripe and heavy, due to the widespread plantings of the characteristic gin gin clone, combined with the subsequent ‘full treatment’ in the winery, including new oak and full malolactic fermentation, among others. These days, the wonderful concentration, power and structure that is endemic to the clone is harnessed, and a refinement of winemaking and viticultural practice is producing world-class chardonnays. The wines are laden with moreish salted preserved lemon, white peach, curry leaf, crushed cashew, chalky minerality, red apple skins and pink grapefruit. They are balanced, ridiculously good and still represent extraordinary value for money – even at the top end. 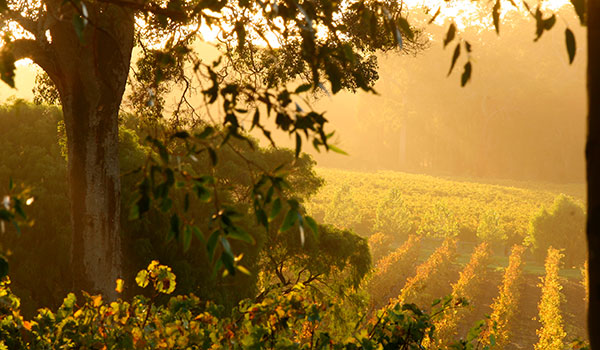 Don’t miss: The premium chardonnays from the region’s south shine – both the 2016 Leeuwin Art Series (powerful, layered, nuanced, seamless and concentrated, $100) and the 2016 Xanadu Reserve Chardonnay (creamy, pure, pristine, fine, extremely long and elegant, $85) are astoundingly good, and raise the bar yet again for the region.

Looking for value? Don’t go past the Deep Woods Estate Chardonnay. It retails at around $17 and gives you a hint of the mealy, spicy, minerally, concentrated and ‘grown-up’ style that is found in the Deep Woods Reserve Chardonnay ($45).

The cornerstones of cabernets from Margaret River are longevity and elegance. Whether they are from the north (Yallingup), the south, or the middle (Wilyabrup), the wines are characteristically fine, bursting with raspberry, pomegranate, blackcurrant, blood plum and red liquorice. There is perfumed rose petal, glossy tannins like whipped egg whites, and cores of pure cassis in their youth. Somehow, they remain wines of elegant structure and beauty well into their 40s and, if you’re lucky enough to find them, their 50s as well.

Don’t miss: The 2015 Vasse Felix Tom Cullity (cabernet malbec) is sheer perfection in its cabernet expression. Although the Tom Cullity has no explicit track record for ageing – the first vintage being 2013 – the Heytesbury red that came before it, and the cabernet before that, are still showing their prowess today. It’s therefore no secret how the Tom Cullity will be in 30, 40 and 50 years’ time. The 2015 release is more subdued and restrained than the 2014, and comes across as extraordinarily elegant. This one will take a little longer to come out of its shell than the previous two vintages, but everything is already in perfect balance. Vasse Felix owner Paul Holmes a Court is adamant that Margaret River is one of the best places in the world to grow cabernet. “The Tom Cullity cabernet leaves no doubt about how clear we are in that vision,” he says. 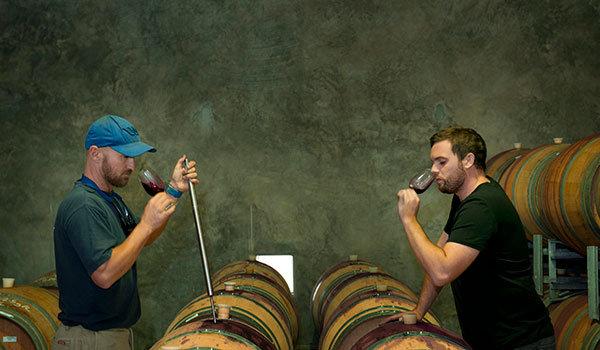 Looking for value? Where to start! There are countless cabernet and cabernet blends in the $18 to $40 price range that give you those ‘cabernet feels’, but for sheer value for money, don’t go past the Xanadu DJL Cabernet. It’s spicy and earthy, yet tempered by that pure core of cassis, wrapped in fine tannins and with great length ($24). Don’t forget these guys are responsible for last year’s Jimmy Watson trophy-winning cabernet: unnecessary temptation to trade up.

No matter which variety leads the blend, these two work better together. Thanks to the early dynamic thinking of Dr Mike Peterkin (now owner/winemaker at Pierro) in the late 1970s, the blend is synonymous with Margaret River. It ranges in style from bright, fresh, fruit-driven, tank-fermented purity, through to textural, layered and frankly European in style. These are complex and exciting wines that push boundaries within the context of the blend, owing to their time spent on lees, in oak, or any number of other contributing factors.

IS SHIRAZ THE UNSUNG HERO OF THE REGION?

This question generally draws entertained and raised eyebrows, but there are wines such as the Leeuwin Estate Art Series Shiraz that champion the variety in the region. The 2016 is typically silky and vibrant, saturated in red stone fruit, laced with the pure essence of raspberry/cassis and exotic spice. I thought the 2015 was their best yet, and then along came the 2016.

Reliable sources report that from October this year, an eight-hectare vineyard will be dedicated to shiraz on the Leeuwin Estate property. “We hand-selected a site of pure gravel and loam, of north-south orientation,” says chief winemaker Tim Lovett. “Clones are our next venture and refinement – 470, 174, Waldron and cuttings from Peppy Park [estate owned, and currently the only source of shiraz for the Art Series] – and we are wanting more control of our fruit. We are looking to maintain the same production, just better!”

So, this leaves us with a region very much on the rise. The performance of its winemaking teams and main grape varieties just get better with each passing year, and the energy in this beachside region is high. Expect even greater things in the future from Margaret River – there’s more to come.

This is an edited extract of what originally appeared as ‘ON SONG’ in Halliday magazine. For the full story, join Halliday Wine Companion today.