In this series, we ask industry members to share the five drinks that shaped their lives and/or careers.

Ella Stening is the general manager of Native Drops, a natural wine cellar and events space on Gadigal land, Eora Nation (Sydney). They are also a co-founder of the diversity and equity group Women and Revolution, aimed at improving gender diversity within the wine industry. 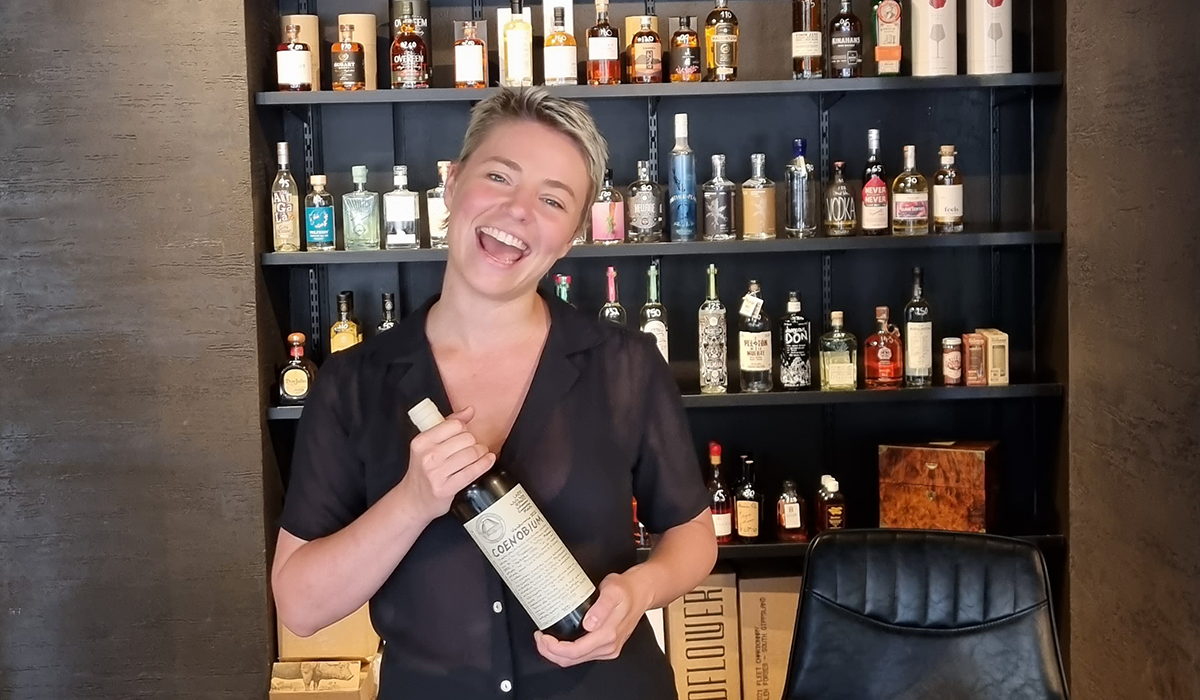 1. Domaine Chavy-Chouet Puligny Montrachet 1er cru – Les Champs Gains
I was working in Meursault at Chavy-Chouet in 2018 as a cellarhand intern. After a full day processing fruit, the picking team came home and filled the cellar, passing around beers in big plastic jugs. Bread magically appeared, hunks of terrine, and then Romaric, the inheritor and owner of the Domaine, started popping magnums. This was one of them. I had only a rough grasp of French, but as my glass was topped up, so was my confidence. Someone demanded we play Ella, Elle l’a and hoisted me up out of my chair to dance with them. Surrounded by a kaleidoscope of people and cultures, bone-tired from labour but soul-filled with purpose, we were all screaming and dancing to this song, spilling wine all over ourselves. Making wine is just as fun as drinking it, sometimes.

2. 2018 Domaine Jousset Éxilé Rosé Pétillant Naturel
The first time I drank this wine was in a restaurant and I was knee-deep in my journey with the wide world of natural wine. I hadn’t really found my lane yet with styles, or regions, or anything really. I was just enjoying drinking whatever happened to fall into my glass. I bought a bottle of this because I felt like a fizzy drink and this was what I could afford. Plus, it was pink. When it hit my tastebuds it was like an acid trip; it felt like my pupils dilated and my head was full of wild visions of technicolour and fun. It just tasted so…happy. It’s the wine I always seek out when I want to feel really good, and to make other people feel good, too. It’s also the style that made me want to make wine – that and some sort of pinot noir/pinot gris flirt monster. Miam!

...it tastes like how a vampire must taste blood.

3. 2019 Gentle Folk Piccadilly Chardonnay
Another harvest memory, this time at Gentle Folk. We arrived early to pick because the weather was destined to be sweltering. Rubbing sleep out of my eyes and trying to get my boots on properly, I looked up at the perfect, green slope of the vineyard, covered in bird netting. Crouched underneath it, my picking partner Mae and I were shuffling through songs on a UE Boom as we chatted, hands busy. As the sun peeked out over the eucalypts, a Bill Callahan song came on, Too Many Birds. The sunlight through the net projected stars onto the grass, and looking up and around at where we were, in nature, doing something very methodical, it just struck me so deeply and purely. The wine tastes like this moment. Anyone can enjoy this wine, out in nature. I think of that every time I drink Gentle Folk wine. Plus, chardonnay’s my favourite.

4. 2018 Cantina Giardino Volpe Rosa Rosato
I had just finished packing down a DRNKS wine tasting event at the Dolphin Hotel [in Sydney’s Surry Hills]. Snacking on pizza, I picked the first wine that I saw on the menu that I hadn’t tried. When it arrived, I took my glass and took a big sniff and sip, and thought, oh my god. I had to share this with someone who didn’t already have a glass. Turning around to the first stranger I saw, I put the wine in his face and said, “Drink this, it tastes like how a vampire must taste blood.” I didn’t remember him, or much of the night after that, but that same guy walked in for a job at my bottle shop months later. He told me that story when we went on our first date. We drank it together recently, too.

5. 2013 Nicolas Joly Clos de la Coulée Serrant Saviennières
I drank this with my mentor Alex Dale on the night I met him. I was working at WyNo [X Bodega, Surry Hills] and the first thing he did when he came in for dinner was order this wine. He requested it be put in a decanter and didn’t touch it for the entirety of his meal. We chatted amicably throughout the night as he was alone and seemed to need company. Finally, he was the last person in the bar and requested I sit with him. He said: “Pick a bottle you’ve always wanted to try, and then your favourite wine of the moment.” We sat for hours sipping the wines and checking the Joly intermittently until finally he passed me his business card and said, “We will be in touch.” To finish, we had a small glass of the Joly together; it was like honey dripping from a cut on an angel's wing. Six weeks later, I had an email saying I had been awarded a Women in Wine scholarship, and was asked to intern at Radford Dale in Stellenbosch for four months. It was, without a doubt, the best trip of my life.

This article first appeared in issue #63 of Halliday magazine. Become a member to receive the print publication as well as digital access.