In this series, we ask industry members to share the five drinks that changed their lives.

Ryan Larkin is part of a movement toward natural, minimal-intervention wines made with care and passion. He started Larkin Imports to support small-scale, artisan producers who practice sustainable viticulture, both organic and biodynamic. 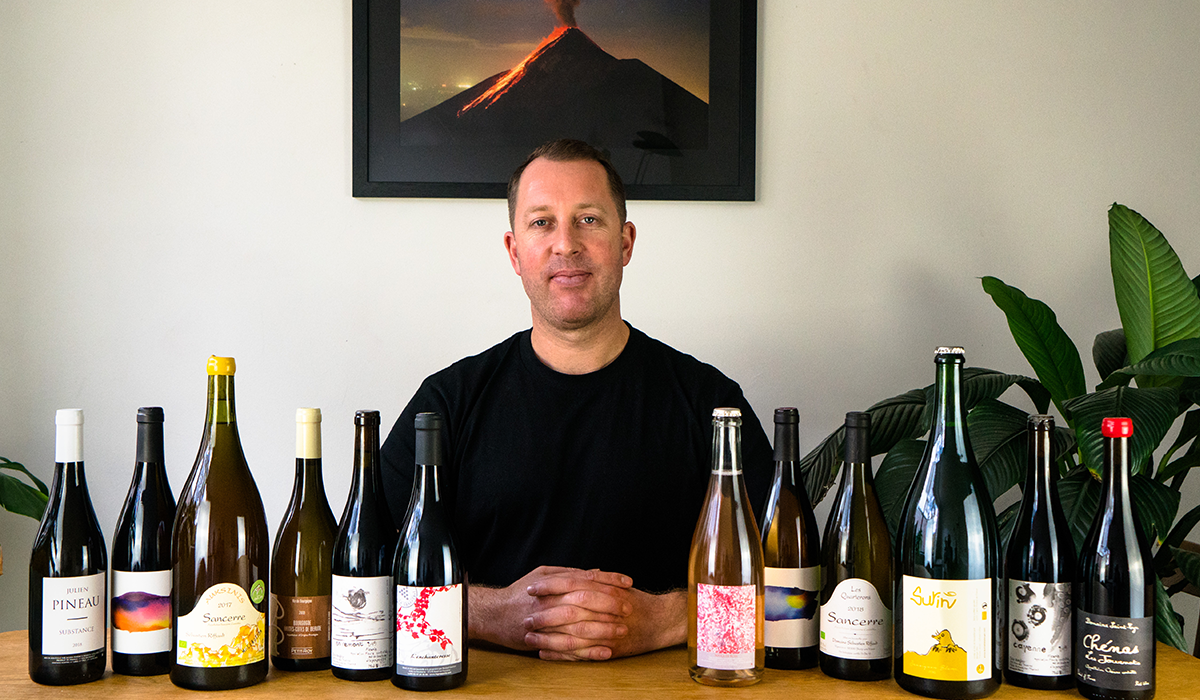 01. 2006 Domaine de la Romanée-Conti La Tache Grand Cru
In 2013, I was invited to a Vosne-Romanée dinner. It was a degustation with matching wines from various vineyards, dating back to 1976. The La Tache was the most anticipated bottle of the evening and, while all the wines were fantastic, this was perhaps the first time I was left stunned and in awe of a wine. I was completely mesmerised by the aromas. I was lost in the glass and kept smelling it for half an hour before I even tasted it. I will never forget the smell of hoisin and spice. It had a velvety texture and incredible length. I savoured every sip.

02. 2004 Emmanuel Houillon (Maison Pierre Overnoy) Arbois Pupillin VSO
I had tried Overnoy wines before, but never the Vieux Savagnin Ouillé (VSO). Knowing I had been searching for it, a friend invited me to her wine bar to share her only bottle. The VSO comes in a 500ml bottle and is particularly special as it is topped up in barrel for around 10 years before bottling. It shows some similar characteristics to a vin jaune, which sits under flor and is not topped up, but is lighter, fresher and more approachable. Its sheer concentration and complexity was incredible. Layers upon layers of aromas and flavours, and the most pristine acidity lifted it to exceptional heights. This was the first natural wine that blew my mind and sent me down a natural wine rabbit hole.

When I drank it with friends, it silenced the room. It had incredible depth and showed perfect balance between opulence and freshness. It is one of the most breathtaking chenins ever made, and sadly it is now impossible to find.

03. 2013 L’Anglore Tavel
It was 2014 and my father was coming out from New Zealand for Christmas. I wanted to show him this rosé as an introduction into natural wines, but it had sold out and I couldn’t find it anywhere. I was put in touch with Morgan McGlone [founder of Belles Hot Chicken] who apparently had this wine available. I didn’t know Morgan, but I reached out to him, and he told me to come and see him, and he would gift me a bottle. He explained that my request triggered a memory for him. He had fallen out of contact with his own father, also from New Zealand, and in a bid to rekindle their relationship, he reached out and met him for dinner. Ironically, this was the very wine he took.

04. 2000 Les Jardins Esméraldins Genèse Blanc
On my first importing trip to France, I visited as many cavistes, or wineshops, as I could. I would buy numerous wines to taste as I searched for potential producers to start working with. Along the way I would also learn about rare wines and obtain treasures to bring back home. This Genèse Blanc was one such wine: chenin blanc from biodynamic vineyards in Brézé, aged in barrel for 10 years and made without sulfites. When I drank it with friends, it silenced the room. It had incredible depth and showed perfect balance between opulence and freshness. It is one of the most breathtaking chenins ever made, and sadly it is now impossible to find. I still have one bottle, but am too scared to open it!

05. 2004 Jean-Marc Brignot Orion
A fortuitous moment. I was with a wineshop owner, a restaurateur, and another importer, and we tasted some wines before the owner closed the shop. He opened a 1985 Camille Leroy, which was corked. Gutted, yet fixated on opening something great, he pulled out three ultra-rare gems. It was hard to choose, but we went with Orion, a declassified vin jaune of sorts. This savagnin was so electric it gave me goosebumps – it was radiant and youthful, a magical elixir with energy that you could feel flowing through your entire body. His kind gesture to share this mysterious, mythical wine brought tears to my eyes; a reminder of the pleasures and emotion of sharing great bottles in good company.

This article first appeared in issue #60 of Halliday magazine. Become a member to receive the print publication as well as digital access.

more in this series