How to: wine and cheese pairing

We ask Laura Lown, head cheesemonger at Milk the Cow, how to nail the perfect flavour combinations.

There are few things more enticing then a decadent cheese board, plush with all the accompaniments, positioned next to a full glass of wine – but sometimes, choosing the right wine with the right cheese can feel like a game of chance. 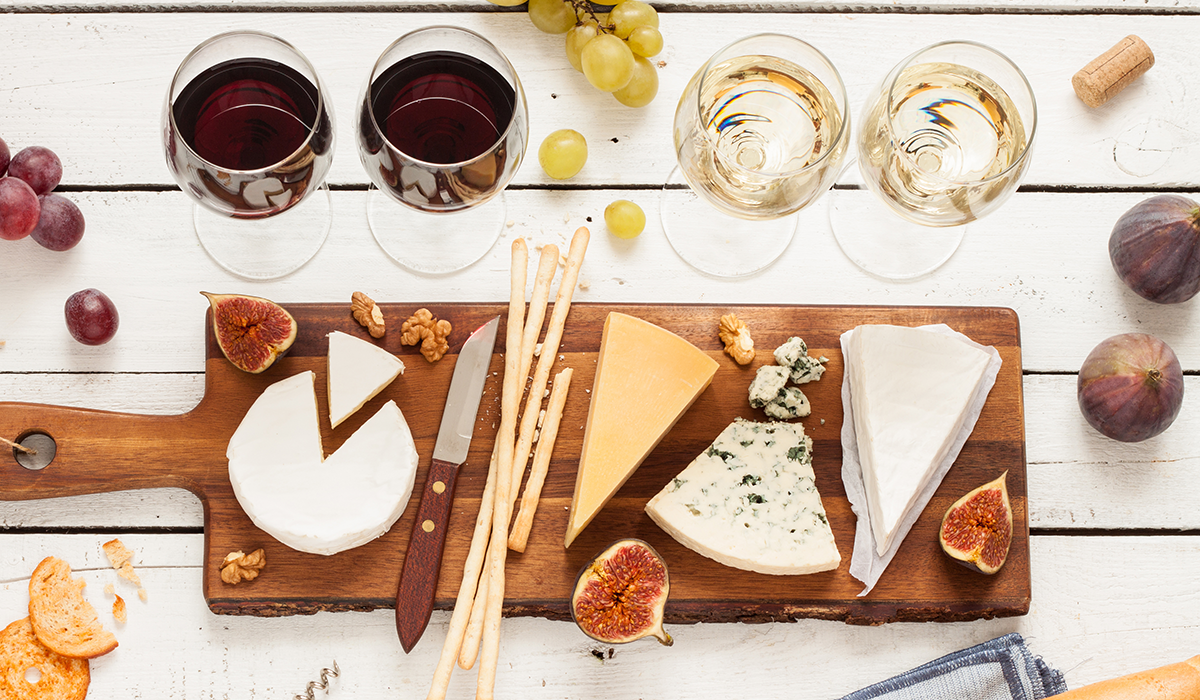 “For every wine there is a perfect cheese to match its flavour, body, style, expression and terroir,” says Laura Lown, head cheesemonger at Melbourne’s Milk the Cow. “We match in three different ways when trying to pair perfect cheeses and wines: cut through the flavours, complement the flavours and contrast the flavours.”

If you’re starting with the wine, Laura has some advice on picking a winning combination:


Pair with…."aged goudas such as Reypanear VSOP. The caramel notes and dense texture stand up to a cabernet sauvignon nicely or a fruit-forward cheese like Bellavitano Merlot, which is a parmesan-cheddar hybrid washed in red wine. The best cheeses to pair with bigger, heartier reds are bigger, bolder cheeses.”


Pair with… "more delicate flavoured cheeses such as sheep’s milk - Ossau Iraty is a famous French one to try. Comté with its complexity of flavour is also a good option. You can even try a subtle, rich bries against a Pinot Noir."


Pair with…"rich, creamier cheeses like brie or triple cream white moulds. An oakier chardonnay can work well with a creamy blue like the local Berry's Creek Riverine blue, which is made from buffalo milk. It’s rich and fatty and has a subtle salt flavour to match the higher acidity levels in the wine."


Pair with…"clean, salty flavoured cheeses such as chevre, or feta. And the summer-y nature of rosé also makes it suitable to enjoy with warm Mediterranean cheeses like Spanish Queso Mahon or Cypriot Haloumi."

Pair with… "triple cream and high fat cheeses. The bubbles cut through the fat perfectly.
Aged cheeses go beautifully with vintage champagne, for example the G.Cravero Parmigiano Reggiano – the dry, nutty but sweet cheese tingles with the racy bead of the bubble."