Over a gala dinner at the beautiful Oaks Cypress Lakes Resort in Pokolbin, the HVWTA recognised a record number of individuals and businesses for their excellence, quality and commitment to the Hunter Valley region.

Notable among the award winners was De Iuliis, who took out the award for Cellar Door of the Year. Liz Silkman from First Creek Wines was awarded Winemaker of the Year – a title she also won in 2011 and 2016. For his commitment to innovative and sustainable vineyard practices, Jerome Scarborough of Scarborough Wine Co took out Viticulturalist of the Year, and Alex Beckett, winemaker at Briar Ridge, was awarded Young Achiever of the Year. 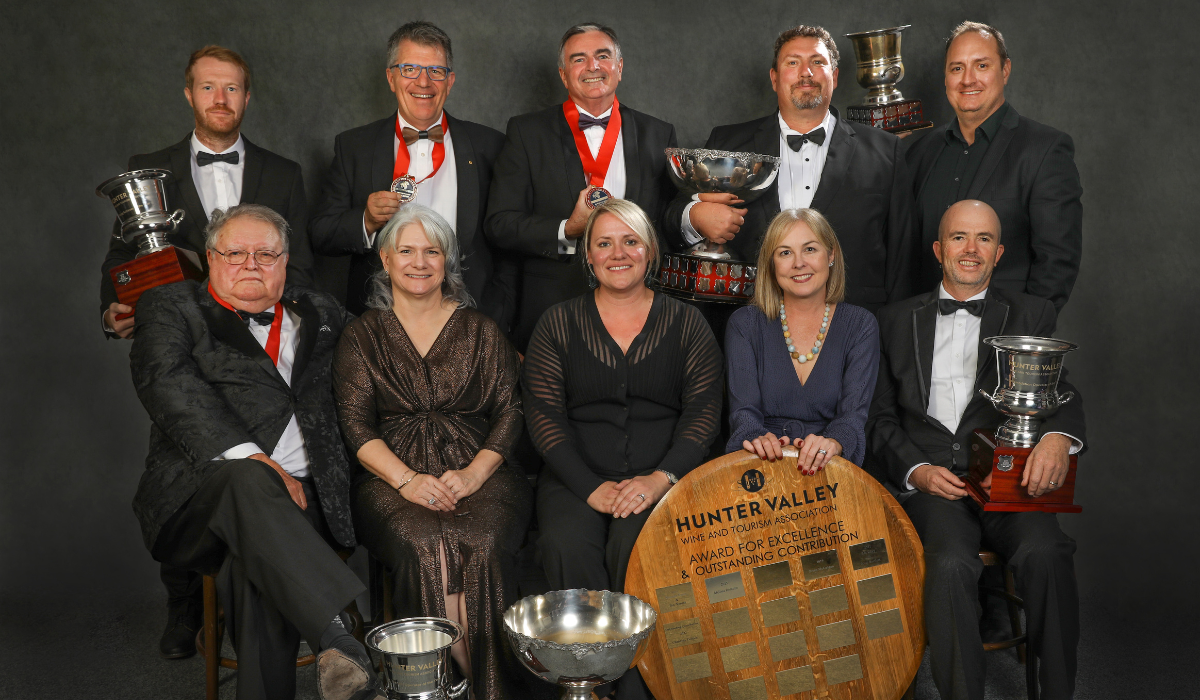 As well as recognising younger talent, Neil McGuigan and Philip Hele OAM were both inducted as Living Legends, for wine and tourism respectively. Brian McGuigan AM, who established McGuigan Wines with his brother Neil, and is currently developing the Ben Ean site, was announced as the Hunter Valley Wine & Tourism Association Honorary Patron for his valuable and long-term contributions to the region.

For the full list of award winners, visit winecountry.com.au.