Dr John Gladstones has spent a lifetime in distinguished research into lupins and grapevines. An odd couple you might think, but they have many things in common. Lupin research has been his day job, viticulture a side interest that grew mightily with the publication of his book Viticulture and Environment – awarded a Special Distinction in Viticulture by the International Organisation of Vine and Wine, Paris.

John recognised the potential of Margaret River for high-quality grape-growing before a single vine was planted, and is the pre-eminent interpreter and recorder of the climate of all Australia’s wine regions. He has also divided climate into four categories: hot, warm, moderate (or temperate, only a linguistic difference), and cool. He records the mean January temperature, biologically effective degree days, altitude, sunshine hours per day and rainfall for the seven-month growing season.

In so doing he has collected research dating back to Swiss botanist A. P. de Candolle, who in 1855 showed that active growth in the annual cycle of budburst to harvest ceased as long as the temperature was less than 10˚C. One hundred years later, the American researchers Amerine and Winkler propounded a detailed summation of five temperature groups from very cool to hot. Australian research by Peter Dry and Richard Smart significantly refined the Amerine and Winkler system, and from 1965 through to the present, Gladstones has taken the broader issues of climate (including climate change) onto another level altogether. 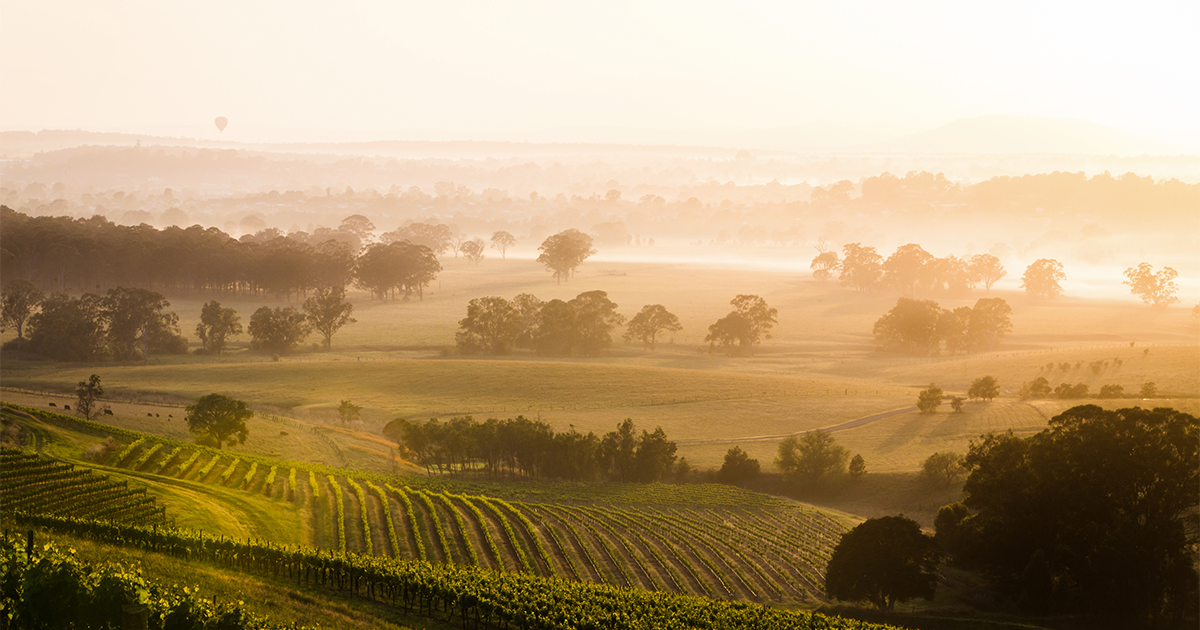 In this and the next three newsletters, I’ll endeavour to describe the way shiraz responds to the climate of the four major groups.

This newsletter covers shiraz grown in regions with a mean January temperature between 23˚C and 25.9˚C, which is hot, the foremost in quality and reputation Brokenwood, and close behind Mount Pleasant and Tyrrell’s of the Hunter Valley. These wineries break all the rules, as most of their best shiraz wines are medium-bodied (not full-bodied) and 14% or less alcohol (not 15% or more), the result elegant wines of finesse.

The Swan Valley and Rutherglen are two other hot regions growing and making full-bodied shiraz, with the alcohol typically 15% or more. In these regions, the best are polished and balanced, but they have little finesse.

In the next newsletter, I will cover warm climate shiraz.