James on the forces of nature in winemaking

There has been a general shift towards wines that communicate the place where the grapes grow and the vintage conditions that prevail between flowering and harvest. Nature may have been kind throughout the typical 90 days, or at the other extreme, there may have been erratic weather or anything in between.

Even at this level, there will usually be exceptions and qualifications that make generalisations dangerous. Hail may hit a strip as small as 100 metres wide, and a distance of the same length. Makers of Burgundy (and their customers around the world) know this too often. Frost can also lay waste to a patchwork of similar size. Too much rain, or not enough, can affect similarly small parcels, with botrytis and powdery/downy mildews adding another dimension.

In all cases, it is nature, not the human hand, that poses the dangers in the first instance. Organic/biodynamic practises can magnify some or all of these impacts, the vignerons’ urge to intervene with sprays. Understandable, but only ‘natural’ defences are allowed. So, take vintage ratings for regions with a pinch of salt. 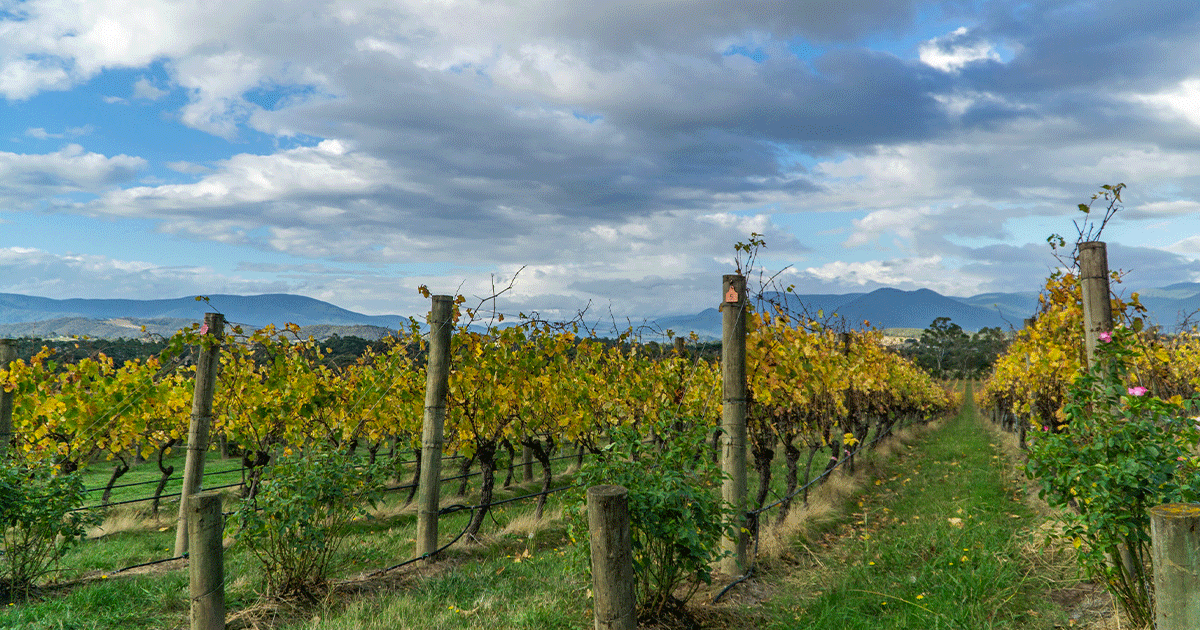 In the winery, the decisions aren’t as challenging, but the underlying philosophy is, as in the vineyard, to do more by doing less. There is only one addition that has to be made from the start of fermentation to the end of maturation, and that is SO2. Even here there are the details of timing and the amount of SO2, which is typically less than you might find in a fresh fruit salad served at any time during the day.

Steve Flamsteed made the three Giant Steps Chardonnays using the same method, teasing out the differences between the sites, with Applejack from the Upper Yarra, the other two from the Lower Yarra. The red volcanic soils of the Upper Yarra are very different to the weathered remnants of those from the Lower Yarra, which are a mix of grey-brown sandy clay and assorted rock, where the climate is very different.