A palatable guide to malolactic fermentation

Get to know the winemaking technique at the centre of chardonnay's stylistic evolution.

The 1980s – what a time to be alive. Tupperware parties were on rotation, spinach dip was being served in fresh-baked bread bowls, and shoulder pads were transforming silhouettes everywhere. For chardonnay drinkers however, the ’80s offered a full-bodied, buttery, creamy-mouthfeel wine that graced Australian backyard barbecues for well over a decade, propelling an age-old varietal to superstar status. Chardy became a household name.

But, like so many things, consumer fatigue often kicks in and people seek out alternatives. Chardonnay’s fall from grace was multi-factorial, though. Firstly, it had fierce competition with the arrival of Marlborough sauvignon blanc. Culturally, it was defamed via iconic Australian programs such as Kath & Kim, who referred to the wine as “cardonnay”. And winemakers across the country were going heavy on the oak, resorting to the addition of oak chips to manufacture the flavour profile that people appeared to be gravitating toward, rather than ageing the wine in barrel.

By the mid-’90s, wine drinkers were turning away in droves and producers had hectares of chardonnay vines that needed to be used. So, they pivoted, and at cellar doors across the country, you would increasingly hear the turn of phrase ‘the winemaker has halted malolactic fermentation’. Of course, you nod, with your nose in the glass, pretending you know what they’re talking about and, while many of you may, for others, the term “malo” is lost.

mlf plays an important – and complex – role in both red and white wine, ensuring it’s more rounded and approachable to the drinker

Malolactic fermentation (malo or mlf) is a winemaking process used across both reds and whites, however chardonnay is one of the greatest examples of how this technique impacts flavour and mouthfeel.

In its most palatable form, mlf is a process whereby tart-tasting malic acid, naturally present in grapes, is converted into softer-tasting lactic acid. So, as the process rolls on, you substitute tart, green-apple flavours for a wine that’s rich, buttery and has a more rounded mouthfeel.

You’ve likely heard of lactic acid – it’s present in dairy products such as milk and cheese – while malic acid, as mentioned, is found in green apples. This makes sense when you consider the flavour profile both acids give to the wine.

So, how does it work? There’s always variations in the approach, so what follows is a general approach.

1. You start with primary fermentation
This is the initial fermentation in which yeast converts sugars naturally present in grape juice into alcohol and carbon dioxide.

It should be noted that winemakers often split their wine, placing a portion into barrel to undergo mlf and the rest into tank, later blending the two to achieve a wine that is both crisp and toasty on the palate. The vessel is somewhat irrelevant here, and the process can take place in both steel tank and barrel.

3. Halting the process
Winemakers can prevent, or halt, the process at any time by one of three main methods: sterile filtration, adding sulphur dioxide to kill the bacteria that causes it, or via the addition of a malolactic-inhibiting enzyme. 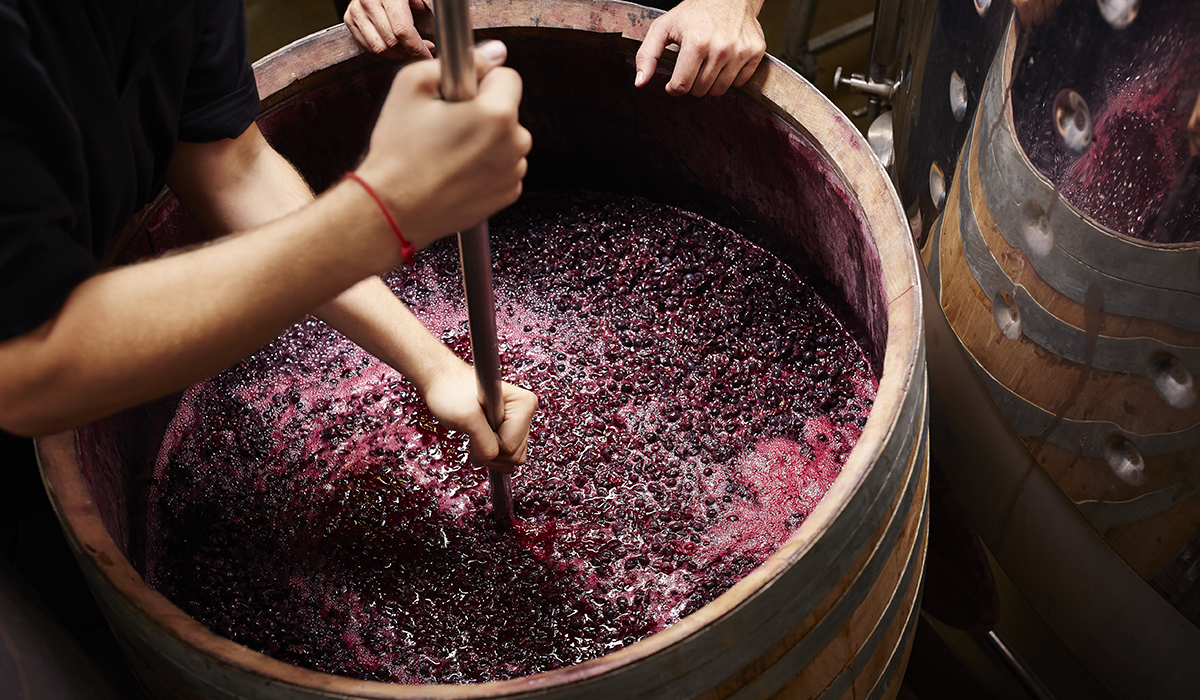 Interestingly, mlf has taken the fall for this shift in style preference with wine drinkers and (some) professionals viewing the process as one that makes a wine both unsophisticated and heavy in nature. But the reality is, mlf plays an important – and complex – role in both red and white wine, ensuring it’s more rounded and approachable to the drinker. In fact, the technique is far more common in red wine as it helps to soften tannins on the palate and has been known to intensify fruit aromas in reds.

So, while less is more in a climate favouring minimal intervention, techniques such as mlf will remain a fixture of winemaking well into the future, particularly in regions such as Chablis in Burgundy, Central Otago in New Zealand, and California’s Sonoma Coast.