A new look for an age-old variety

Sauvignon blanc is enjoying a stylistic revival. We catch up with a few members of Halliday’s tasting team to chat about its evolution and what to expect from vintages to come.

New Zealand’s Malborough is synonymous with sauvignon blanc, with its distinct flavour characteristics of cut-grass and tropical fruits that it introduced to the world in the 1980s.

While this international juggernaut remains one of the fastest-growing wine styles globally, a gradual shift away from these traditional characteristics has highlighted the importance of style evolution in a bid to keep wine drinkers engaged. This is playing out in regions across the country as winemakers move toward more age-worthy, complex styles that are less fruity and more savoury on the palate.

Here in Australia, we are seeing a reintroduction of this iconic variety, colloquially known as ‘saavy b’. Wine regions, and their makers, are serving up sophisticated wines that have depth, zippy acidity and beautiful length on the palate.

While it’s a variety you’re familiar with, let go of everything you know and say hello to this modern day take.

“Sauvignon blanc is enjoying a small renaissance of sorts, a re-imagining of style, taste and what has gone before,” says Jeni Port. “It’s taken a while for a seismic move away from the ultra-herbaceous New Zealand sauvignon blanc look-a-like, but it is happening in this country.

“Winemakers are looking increasingly for texture, rounded mouthfeel and savoury elements in the grape variety. There is also the general winemaking move that looks to low intervention when the grape hits the winery. Sauvignon blanc has been a major beneficiary of this thinking, in so far as the producers who now grow the grape and make the wine do so because they believe in it.”

For Ned Goodwin, MW, all eyes are on Adelaide Hills producer Jericho, which is producing a wine inspired by the Pouilly-Fume appellation in France. “Ambient barrel ferments and long lees ageing with a degree of perceivable oak is the way forward and Jericho is about as good as it get’s in this country,” he says.

Jericho’s 2020 Fumé Blanc is barrel fermented in old French oak and aged on lees for seven months, producing a wine that is soft and luscious. It’s a technique that gives you the interest of barrel fermentation, while retaining those tropical fruit characteristics synonymous with the variety.

For those unfamiliar with the term fumé blanc, Tony Love explains the labelling designation is “a nod to a more complex, flinty and slightly oaked style of wine”.

He says the Adelaide Hills put itself on the map with a surge of sauvignon blanc in the 1990s and 2000s. “Shaw + Smith is still considered one of the key benchmarks of the variety in Australia for its fresh and pure approach, while many other winemakers are looking to work the variety with barrel fermentation characters and a discrete amount of oak maturation,” Tony says.

“This is becoming a bit of a movement now in ‘savvy b’ land, as more creative winemakers look to coax further complexity from the variety.”

Along Victoria’s Mornington Peninsula, the cooling sea breeze and varied soil profile is favouring wines fermented and matured in French oak barrels. Winemakers are achieving complexity and depth while retaining key characteristics that will only be enhanced with age. One great example is seen at Nazaaray, which is considered a pioneer in the space, producing a wine that’s textural and will develop over the coming six to eight years. 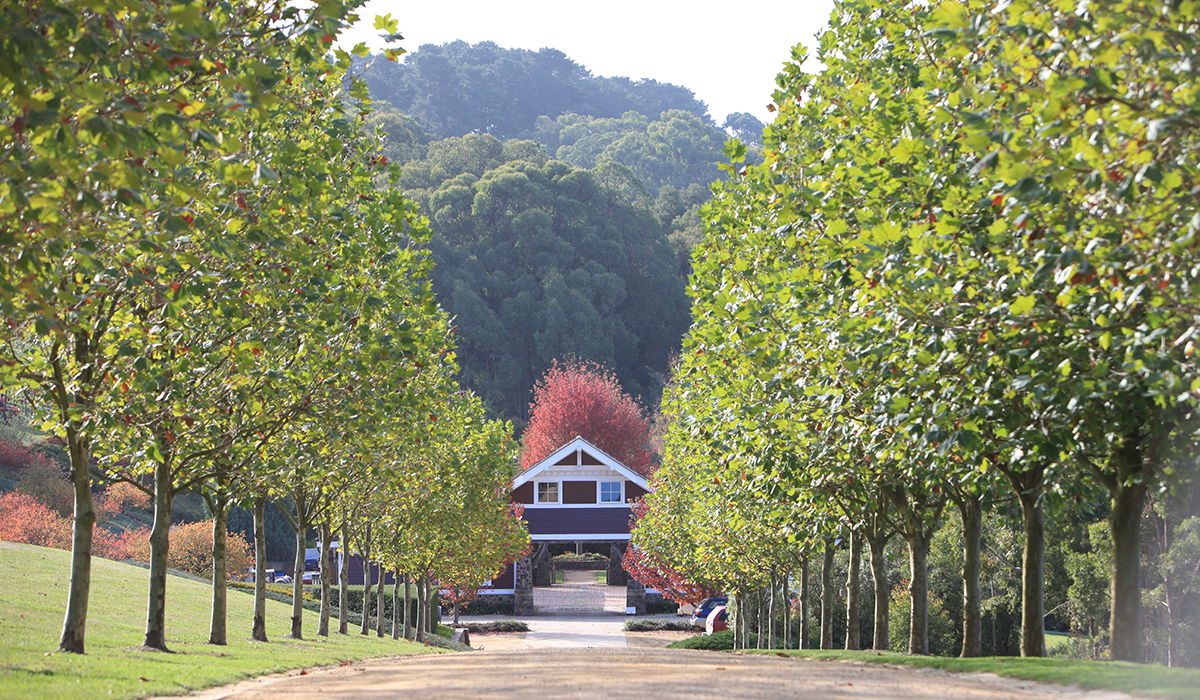 The Mornington Peninsula offers ideal conditions for growing sauvignon blanc.
Across the bay to Geelong and inland toward the Pyrenees, the conversation is similarly all about style. “Sauvignon blanc, in a fumé style, from the likes of Mitchell Harris takes on a fine-edged beauty, while Mulline Wines takes an ultra-sophisticated approach featuring Austrian oak,” Jeni explains.

“At Leura Park, on the Bellarine Peninsula, you succumb easily to the seductive aromatics, while Austin’s super-approachable 6Ft6 sauvignon blanc from Geelong introduces attractive textural qualities.”

Thankfully the commercial pressure for wineries to have a sauvignon blanc in their portfolio has cooled considerably due to decreased consumer demand, freeing winemakers to experiment and reintroduce sauvignon blanc into the cellars of wine enthusiasts and occasional drinkers. So, while it’s a variety you’re familiar with, let go of everything you know and say hello to this modern day take.