In this series, we ask industry members to share the five drinks that shaped their lives.

Musician turned sommelier Dom Robinson shares the wines that altered his professional path and led him to Melbourne. Dom is the head sommelier at one of Australia’s most celebrated restaurants, Attica. 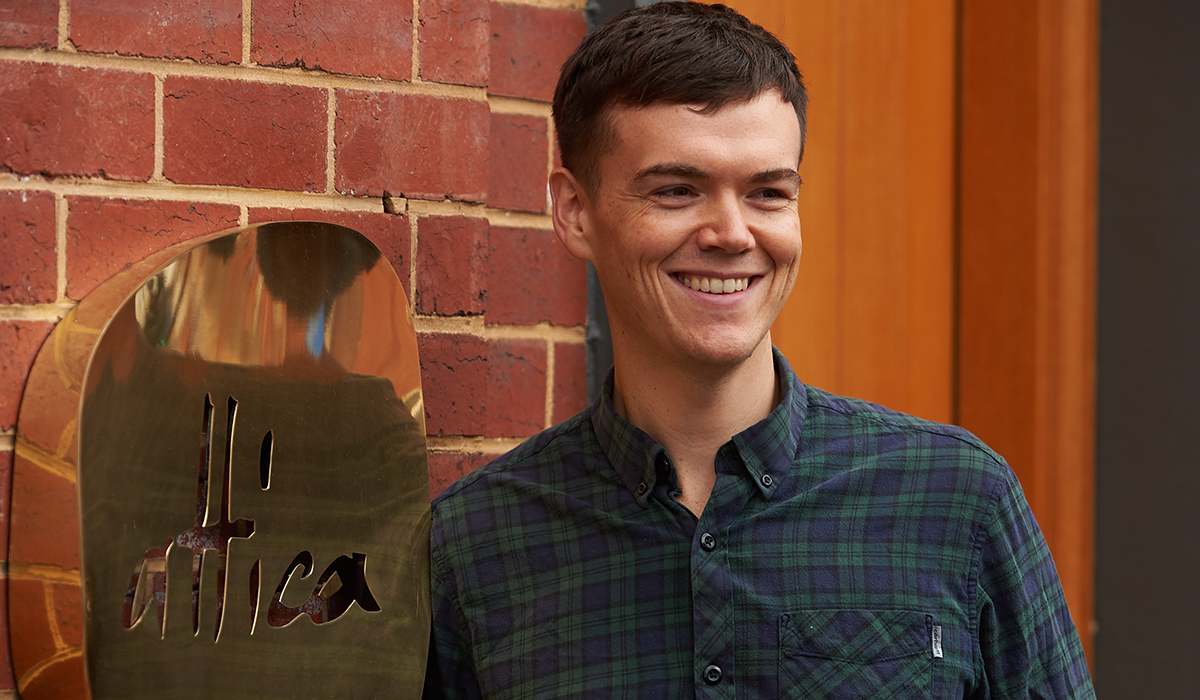 01. 1998 Lake’s Folly Cabernets
This is the first wine that I put to my nose, and probably the first wine I ever tried. Dad has been on the mailing list at Lake’s Folly since the early 1990s, so for as long as I can remember, special occasions have been marked with a dusty old bottle of Folly from under the stairs. It was the ritual that I found so fascinating, and the deeper I dug into the story of the vineyard, the more I was drawn to a life in wine. Every now and then, I’ll crack a bottle with Mum and Dad, and it immediately takes me back.

02. 2014 Mac Forbes Woori Yallock Pinot Noir
This wine made me move to Melbourne. I’d just started working at Sydney’s Five Way Cellars when Mac released these single-site wines. The guys at the shop couldn’t stop raving about them, so I took a bottle of Woori home to have with my housemates over dinner. Something just clicked that night and it all made sense – I could see what Mac was on about, and what that site was all about. I needed a better understanding of where this came from; I needed to be in Melbourne to be closer to what I just tried. What Mac is doing is incredibly important. His curiosity and deep love for the Valley is infectious and so inspiring.

It was the ritual that I found so fascinating, and the deeper I dug into the story of the vineyard, the more I was drawn to a life in wine.

03. 2009 Stella di Campalto Brunello di Montalcino Riserva
This is a wine I’ve enjoyed on more than one occasion. I was introduced to this by my former boss, mentor and great friend, Jane Lopes, who’s now importing Australian wine into the US. The first bottle I opened, I served to her as a guest at Attica. Serving Jane at the restaurant was one of the most terrifying experiences I’ve had at Attica. Jane changed my life, and they often say the hardest people to serve are the ones you love and admire the most. The act of checking this wine was a transcendent, world-altering experience – Stella makes wine I could drink for the rest of my life. So effortless and pure. As Jane would say, "That wine is pretty perfect". I couldn’t agree more.


04. 2006 Domaine Prieuré Roch Les Suchots 1er Cru
This is from the late co-director of Domaine de la Romanée-Conti, Henri-Frédéric Roch. It was a striking bottle, shared with a good friend from Tassie, at a restaurant that no longer exists. I can still recall the texture and sensation of this incredibly broad wine. It starts with quite a bit of impact, and then it is like it’s being teased out in both directions. I can still see the shape of the palate, and it had the most extravagant nose I have ever come close to. It was a great bottle having its perfect moment, and one I’ll never forget. You really want wines like that to live up to your expectation, and that bottle certainly took me to another place.

05. 2016 Envinate Benje Tinto
These guys have a reputation for really out-there wines. This is from their project in the Canary Islands, sourced from old-vine parcels of listan prieto, from basalt slopes 1000m above sea level. The vines look like trees and the grapes are enormous, like table grapes. This was one of several wines I shared with friends who have become family here in Melbourne. Most of the line-up were genuine unicorns – old, rare and expensive – but this had a different personality. It was bursting with layers of wild berries and spice. I couldn’t believe a wine made with that fruit could be so compelling – so crunchy and distinctive. Just another reminder it’s a big world out there.

This article first appeared in issue #59 of Halliday magazine. Become a member to receive the print publication as well as digital access.

more in this series