Cult wines of the world

Rare, elusive and exorbitantly priced – these producers are responsible for some of the most coveted wines on the planet. 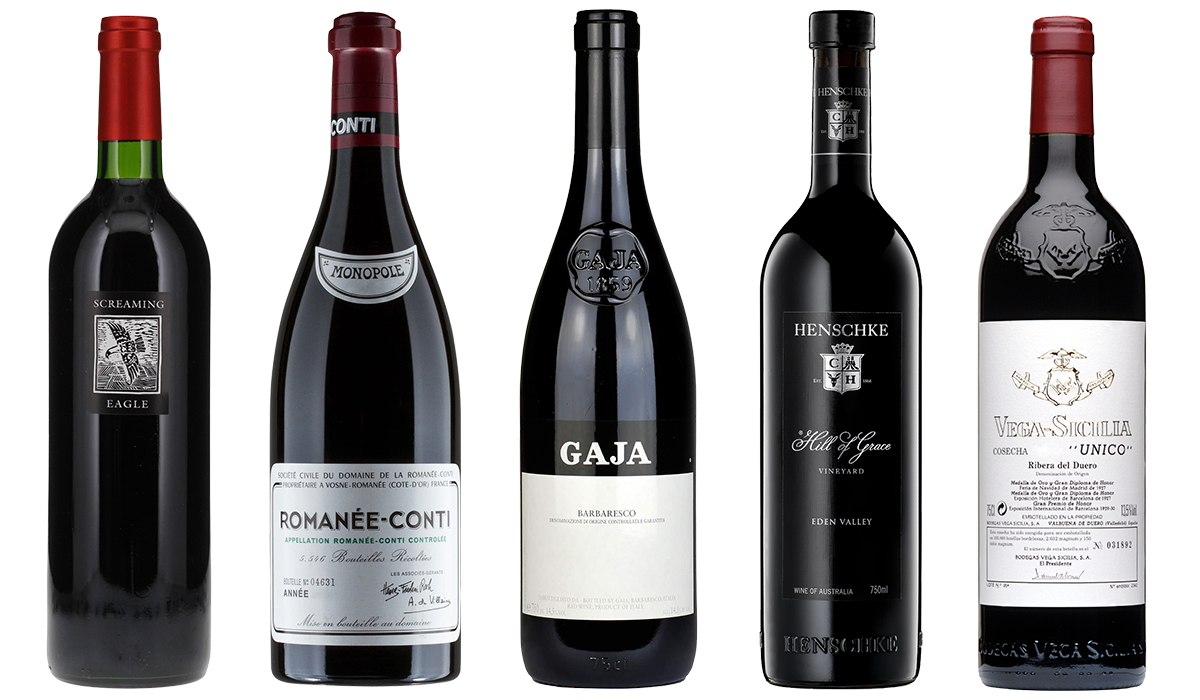 Founded in the 1990s, cult wine producer Screaming Eagle is based on the north coast of California. Famed for its single-variety cabernet sauvignon, the label became an almost overnight sensation with the release of its 1992 vintage, which received a near-perfect score of 99 from wine critic Robert Parker. The winery’s flagship style currently retails at an average of nearly $4,000 and in 2000, a 1992 vintage sold at auction for more than half a million dollars, making it the most expensive wine in America. But it’s not enough to simply have deep pockets. To get on your hands on a bottle of Screaming Eagle, you’ll need to apply to join the waitlist – which is rumoured to take more than a decade.

Domaine de la Romanée-Conti, colloquially known as DRC, has a legendary reputation for making some of the world’s most expensive and collected wines. Producing predominantly pinot noir, the winery was originally known as La Romanée until it was purchased by Louis-Francois de Bourbon, Prince of Conti, in 1760. All DRC wines are made from Grand Cru classified vineyards, owned as a monopole – meaning that all the vines are owned only by one entity – and average $4,000 per bottle. A 1945 bottle of DRC Romanée-Conti currently holds the world record for the most expensive wine sold at auction, selling for over $700,000 in 2018.

The renowned and celebrated Gaja estate began in 1859 with just two hectares of vineyards in Italy’s Piedmont region, which founder Giovanni Gaja used to make wines to sell in his tavern. By 1937, the wines were branded and sold publicly under the Gaja name, with the label’s iconic red lettering that remains to this day. When Giovanni’s son Angelo began his career with the company in 1961, he brought modern techniques to the region’s classic varieties of barolo, barbera and barberesco – as well as planting French varieties of cabernet sauvignon, sauvignon blanc and chardonnay for the first time. This sparked a viticultural revolution in the region that saw Gaja become synonymous with Italian fine wine (including some of the best examples of barbaresco in the world).

Founded in 1862, South Australia’s Henschke is one of the oldest wine producers in the country. After immigrating from Silesia, Johann Christian Henschke planted a small vineyard on his farm, with the intention of making wine for family and friends. In 1868, Henschke produced its first commercial release of riesling and shiraz – which would then go on to become the winery’s flagship varieties. In present day, the label is run by winemaker Stephen Henchke and his wife and viticulturalist Prue, and the duo are responsible for some of Australia’s most expensive and highly regarded wines. Located in the stunning high country of the Barossa region, Henchke’s intense and full-bodied Hill of Grace Shiraz retails for more than $1000 AUD, depending on the vintage.

Undoubtably the most famous name in Spanish wine, Vega Sicilia’s fine wine history dates back to 1864 when Spanish vigneron Don Eloy Lecanda Y Chaves inherited the Ribera del Duero property. He revolutionised wine offerings in the region by planting Bordeaux varietals cabernet sauvignon, merlot, malbec, and carmenere alongside Spain’s native variety, tempranillo. When the property was purchased by the Herror brothers in the early 1900s, it was rebranded as Vega Sicilia and the winery produced its first vintage of its flagship style in 1915 – the Unico. A blend of tempranillo and cabernet sauvignon, the Unico is capable of ageing well over 60 years and is thought to be one of the world’s most ageworthy wines.


This article first appeared in issue #58 of Halliday magazine. Become a member today to receive the print publication and enjoy digital access.