South Australia’s Langhorne Creek is a source of fruit for some high-profile brands and consistent award winners, but it tends to fly under the radar. Here, Tony Love fills us in on Project 5255, which shows the region’s potential for a range of exciting wines.

We all live in our own bubbles – more or less.

Many winemakers admit they have cellar palates. Or they see the wines of their own region, often during wine show tastings, but have limited time or access to see more from beyond their borders.

In a region like Langhorne Creek, in the eastern sector of South Australia’s Fleurieu Peninsula, on the shores of Lake Alexandrina and close to the Great Southern Ocean, a tight-knit community of family winemakers and grapegrowers all keep a close eye on their own patch.

They have established an enviable reputation for traditional cabernet sauvignon and shiraz wines, with quite a few Jimmy Watson winners in their grasp, as well as a burgeoning stake in the emerging Mediterranean variety game. Fruit from the region finds its way into many big-name labels and is targeted by some famous winemakers.

Even so, as winemaker Bec Willson of Bremerton says, staying on the radar of evolving generations of drinkers and a rising wave of up-and-coming producers is a challenge for everyone in the region.

That challenge was grasped in 2019 in the lead up to the 2020 vintage with the region’s industry association kickstarting an initiative called Project 5255, a collaboration between growers and winemakers from Langhorne Creek.

The project was designed to provide three winemakers from outside the region with the opportunity to create a one-off wine under their own label that solely showcases Langhorne Creek fruit.

With support and funding from the South Australian Government and the South Australian Wine Industry Development Program, Langhorne Creek fruit was donated to the successful applicants – Rob Mack of Aphelion Wine Co, Charlotte Hardy of Charlotte Dalton Wines and Turon White of Turon Wines – to do with it as they creatively saw fit.

They have all released their limited-edition wines under their own labels, but with the Project 5255 logo alongside to indicate their involvement.

For Charlotte Hardy, the project essentially introduced her to the region for the first time.

“It was off my radar, I’m ashamed to say,” Charlotte recalls. “But that list of varieties we could choose from – there were 20 at least.” 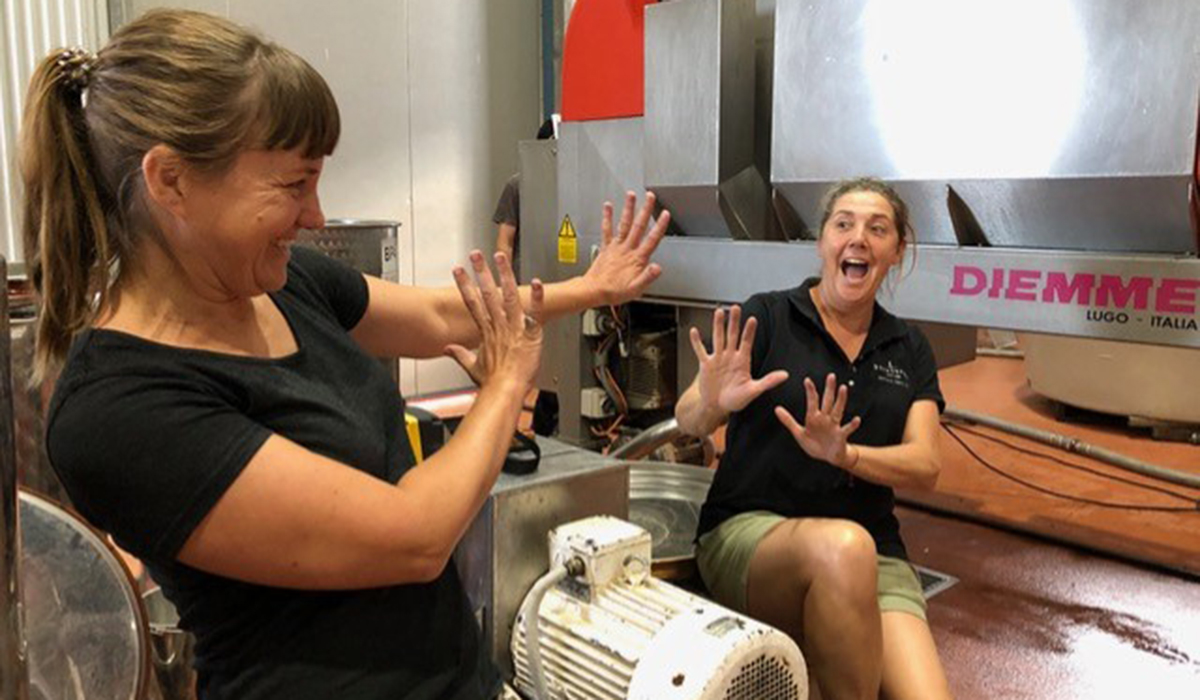 Charlotte chose fiano from Bremerton’s estate vineyard and steered it into a unique style that is totally different from the version Bec Willson makes from the same fruit.

“There were no preconceived ideas about what it was going to be,” Charlotte says.

For Bec, the project was a great success.

“The opportunity to get us in front of people who matter – winemakers who now get to realise what we can offer, whether it’s a new variety for them or just a new region – and the fact they’ll come back and buy our fruit again, is everything we wanted to do with this project,” she says.

The other two “outsiders” looking in via Project 5255 chose different varieties and styles. Rob Mack made a malbec under his Welkin by Aphelion label, sourced from the Wenzel Family vineyard. Turon White took fruit from Watkins Wine to deliver a bright, plum and berry heavy grenache.

For Charlotte, the project has opened the door to a new region and community of winemaker colleagues. She’s making a fiano again, as well as a tempranillo rosé sourced from Langhorne Creek. Further afield, there’s been extensive interest from around the country and overseas wine regions wanting to emulate the project.

Clearly, the winemaking bubble in Langhorne Creek has been burst.