An invention meant for apple orchards could be the key to future-proofing our vineyards. Viticulturist Liz Riley explains.

When Hunter Valley-based viticulturist Liz Riley saw a poster for grape sunscreen, she had an idea. Liz had seen firsthand the significant impact of heatwaves on grape-growing in the region, particularly on the Hunter’s flagship variety, semillon. With the help of Wine Australia, Liz trialled the product's efficacy in protecting fruit from sunburn and stumbled on some welcome side-effects along the way. Now, the kaolin clay substance could be one of our biggest weapons in combatting rising climate temperatures – and securing the future of Australian winemaking.

“You know when you buy an apple and it’s half green and half red? Supposedly there’s more consumer appeal in a perfectly red-all-over apple, and that’s what this technology was actually developed for” explains Vitibit founder Liz Riley. She first came across agricultural sunscreen at a technical conference in Adelaide, after Yalumba had implemented it on riesling in their Pewsey Vale vineyard in the Eden Valley. “As soon as I saw it I thought it was perfect for the Hunter Valley because semillon is quite prone to sunburn.” 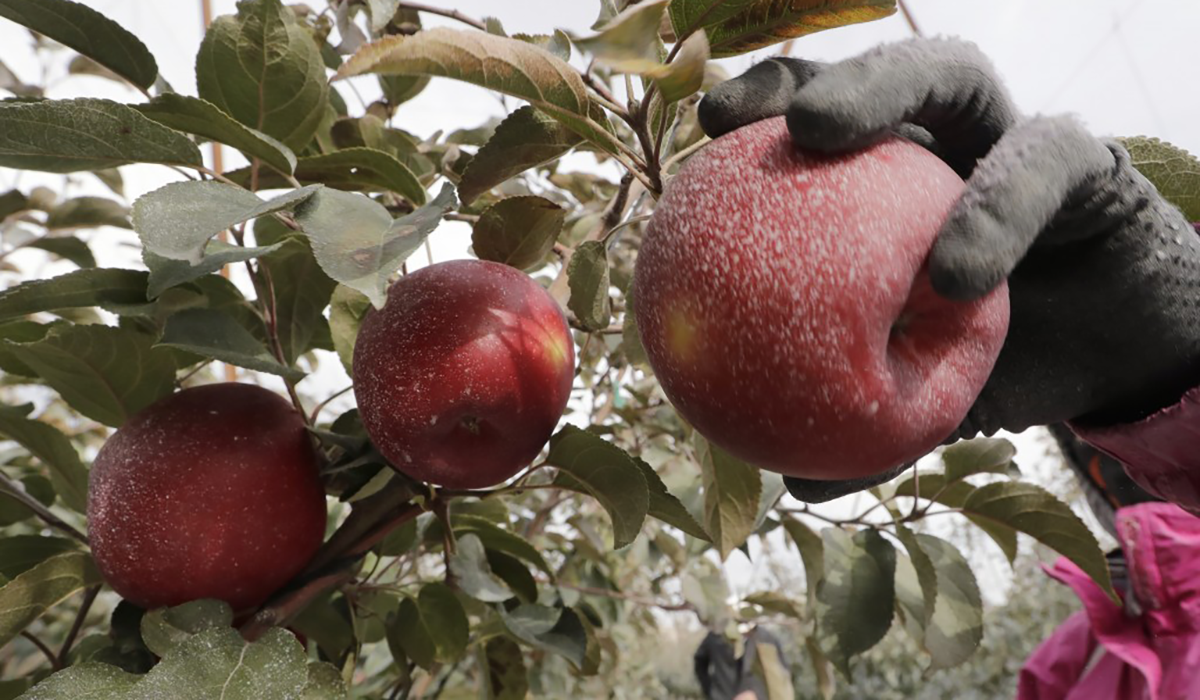 The ‘sunscreen’ is a solution made from ground-up kaolin clay. The organic product is sprayed onto fruit, protecting it from extreme heat and then is washed away with rain. “It was sold to us as way to reduce sunburn, which has a material impact on fruit quality,” says Liz. “But of course, when you spray the solution on the fruit it gets on the foliage and we started to notice that the clay was protecting the leaves, too. The vine canopy was growing more efficiently and functioning better than it had before.”

Discovering the benefits of sunscreen on vines leaves was a happy accident for Liz. “As a leaf gets older, its efficiency in terms of photosynthesis declines,” she explains. “When you use the sunscreen on a really hot day, it reflects the heat and that canopy doesn't get to 35 degree until 4 o'clock in the afternoon, instead of 11 o'clock in the morning – so you gain an extra four or so hours of optimum photosynthesis. If you add that up over four or five days, it’s like gaining a whole extra day of fruit-ripening a week.” 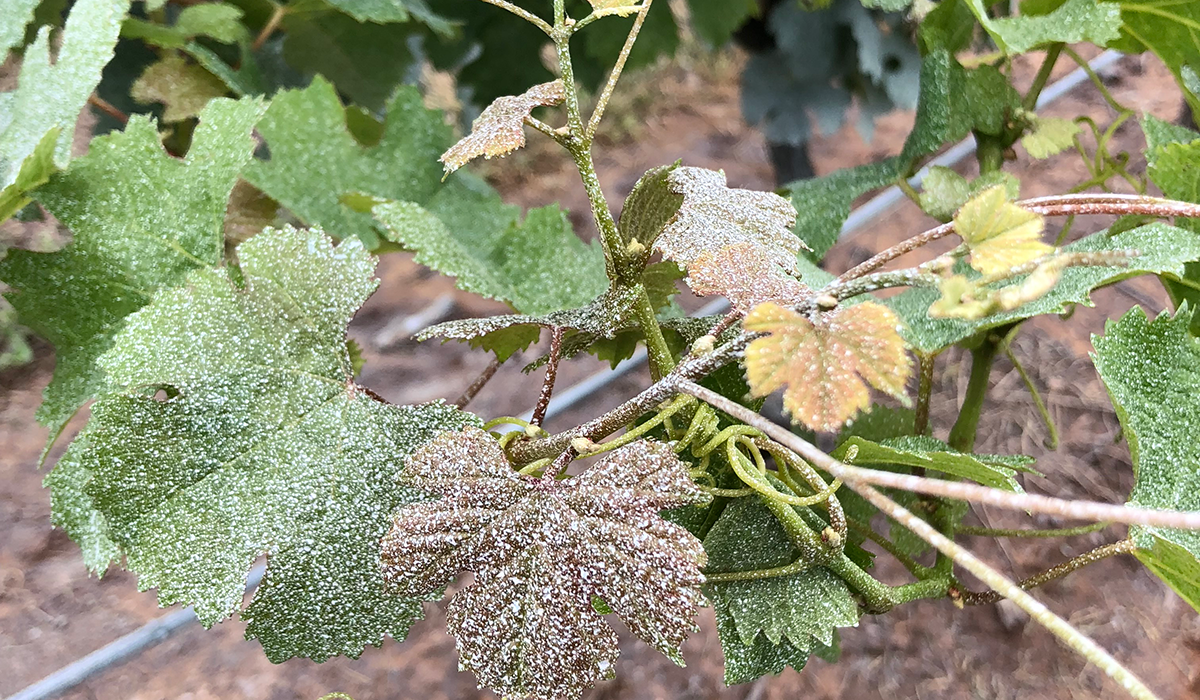 Aside from protecting fruit from sunburn and promoting ripening, the use of sunscreen helps vintage logistics, too. “When the fruit gets really hot, it doesn’t cook exactly, but it seems to structurally change. It becomes quite hard to press, it's a bit more rubbery and the proteins are unstable,” says Liz. “It gets mushy in the press and it blocks up the screen, so what might have been an hour cycle becomes six. Instead of getting three loads done in the day now you only get two, which then means you have to push other blocks of picking back further.” The result of being able to increase harvest efficiency also means a more sustainable vintage – less power used, less water needed and more time conserved. 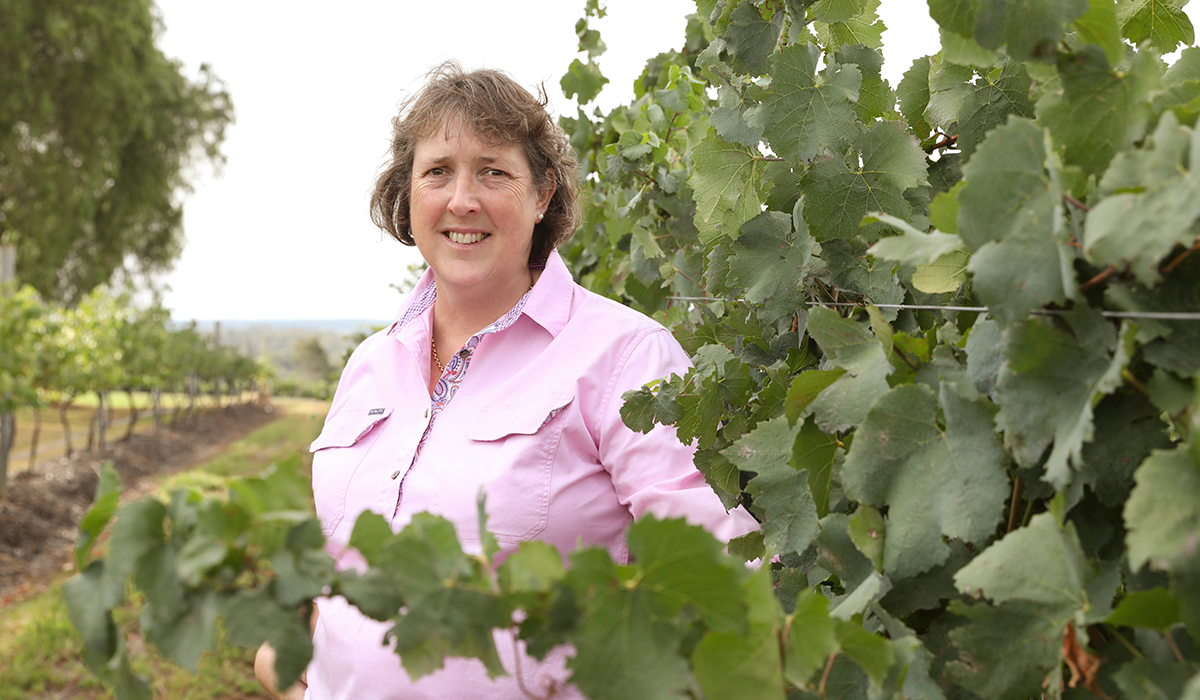 “Initially, we just started putting it out there. We thought it was better to ask for forgiveness rather than permission and eventually we were able to get some big name winemakers to embrace it,” she says. “Our scientific work is what we'd call an ‘on farm demonstration’. The evidence was enough for us – the proof was in the pudding.” While Yalumba were the first to employ the technology in Australia, Liz is to thank for bringing its mainstream usage to the fore. “It is a really, really important tool for us through drought and heatwaves – when everyone is doing it tough and there’s no rain or water to spare,” she says. “Initially it was just a sun protection tool, but now I look at as a way to keep ripening going and manage vintage logistics.”


To find out more about the use of sunscreen in the vineyard, you can read Liz’s case study with Wine Australia here.