Semillon is an underrated variety that produces some of the globe’s rarest, most long-lived wines. Discover more about why it deserves your attention below.

Semillon (pronounced seh-mee-yon) is a light- to medium-bodied white wine that comes in a range of guises and from various environments.

Crisp, citrusy and refreshing when young, with a capacity to age that trumps most varieties, despite these appeals, it often plays second fiddle to its blending partner, sauvignon blanc, and the ever-popular chardonnay. Industry insiders appreciate the unique qualities of semillon, but unfortunately, it has struggled to achieve broader appeal.

Today, semillon’s most important homes are its birthplace of Bordeaux in France and the Hunter Valley in Australia, where it arrived in the early 1800s. Each is responsible for a revered style in its own right – learn more ahead.

The many sides of semillon

Semillon can be light and austere or ripe and fruit-forward, dry and refreshing or lusciously sweet. In the winery, it can be made crisp and clean in steel tanks, spend time in oak barrels, be blended with varieties like sauvignon blanc, or turned into textural, skin-contact styles. Many producers also age their semillon wines in bottle before release. To choose the right type for you, get to know the typical traits of its iconic places and do your research on estate style.

Broadly speaking, semillon starts as a light, lemon-citrus young wine and blossoms into one with loads of complexity, showing nutty, toasty notes. These latter characters might seem as if they should be associated with oak, but quite often, semillon sees none – another reason this variety is so remarkable. The next time you look to pinot grigio for its freshness or chardonnay for its richness, try looking to semillon instead. Depending on its region, winemaking style and age, it can offer the best of lively whites and weighty, flavoursome types.

The history of semillon

Born in Bordeaux, semillon was once one of the world’s most widely planted varieties. Today, it accounts for a tiny percentage of the globe’s wine-producing area. This dwindling makes semillon something of a rarity – a variety its producers work hard to promote and protect.

In Australia, semillon arrived as part of the James Busby collection in the early 1800s and found its first home in the Hunter Valley. This warm region of New South Wales remains central to the semillon story today, producing world-class examples.

Semillon is a pliable wine grape grown across the country. But Australia’s standout regions – the true champions of the variety – are listed ahead. 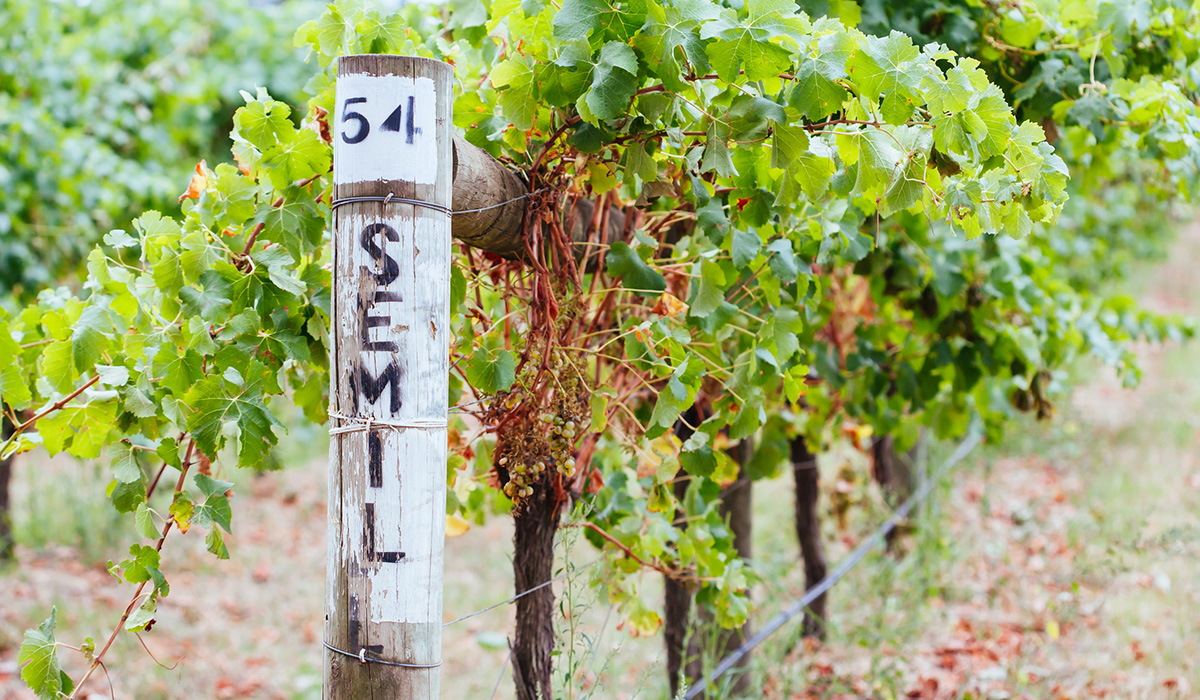 You wouldn’t think the heat and humidity of the Hunter would be a fit for semillon. Still, it produces what is widely known as the best dry style on the planet – a true wonder of the wine world. There are a few factors responsible for this quality, including a unique combination of climatic factors, old-vine sites, and meticulous winemaking, with the area’s historic wineries incredibly proud of their work with the variety. The Hunter is best known for its unoaked young semillon wines that undergo a magical transformation with age, maturing into rich, toasty styles that still retain their brightness and fruit purity, making them captivatingly complex.

The Barossa produces a mix of mid-weight barrel-aged semillon and leaner, zippier styles. It also has a significant number of ancestor vines at its disposal, dating back to the mid-1800s. This South Australian region is an excellent place to experience the diversity of semillon, offering wines with upfront flavour and power as well as the classically zesty styles.

The Clare Valley and Adelaide Hills in South Australia are also notable areas for dry semillon wines, in single varieties and blends, and the Riverina of New South Wales is known for its sweet styles, with one famous example being De Bortoli’s Noble One.

As we’ve covered, Bordeaux is the birthplace of semillon. In this part of southwest France, semillon is blended with sauvignon blanc and muscadelle, the region’s other authorised white varieties. These dry white wines tend to be a bit richer than those made in Australia. The environment is also advantageous to producing botrytis, resulting in the lauded sweet wines of Sauternes. These golden, luscious, long-lived wines are praised as one of the world’s great styles and arguably France’s best expression of semillon.

Semillon once had a sweeping presence in South Africa, dominating its vineyard plantings. That’s no longer the case, but as one of its historic wine grapes and with many old plantings, it’s still a significant part of the scene. South Africa produces dry and sweet semillon wines, in single-variety styles and blends. The wines are generally weighty and flavourful with a herbaceous edge, and like many semillons around the world, can age gracefully.

Chile has reasonable plantings of semillon, but it has become more of a niche wine over time. It can also be found in Argentina, mostly in blends, and occasionally in the United States. Semillon exists in various places around the world, and these are just a few.

An excellent dry semillon will start to show complex nutty aromas and toasty flavours from around five years of age, and it will keep in the cellar for much longer – 30–40 years plus. It depends on your taste, but if you want to experience the marvel of an aged semillon, waiting for five to 10 years is a good rule of thumb. The good news, however, is that many top semillon producers do the hard yards for you, holding back bottles for an appropriate amount of time before release, ensuring you can enjoy a perfectly aged semillon straight from the shelf.

The tasting team on semillon

James Halliday has long been an advocate for Australian semillon, with a special affection for the Hunter Valley style. He says: “There is a Siamese-twin relationship between semillon and the Hunter Valley, which has been producing a wine style like no other in the world for well over 100 years.”

Halliday Wine Companion chief editor Tyson Stelzer agrees that the Hunter Valley’s dry style of semillon is unparalleled. “Australia is privileged to a unique position in the wine world in three distinctive wine styles unrivalled anywhere else: the dry semillons of the Hunter Valley, the dry rieslings of, especially, the Great Southern, Clare and Eden Valleys, and Australia’s definitive red blend of cabernet sauvignon and shiraz,” he says. 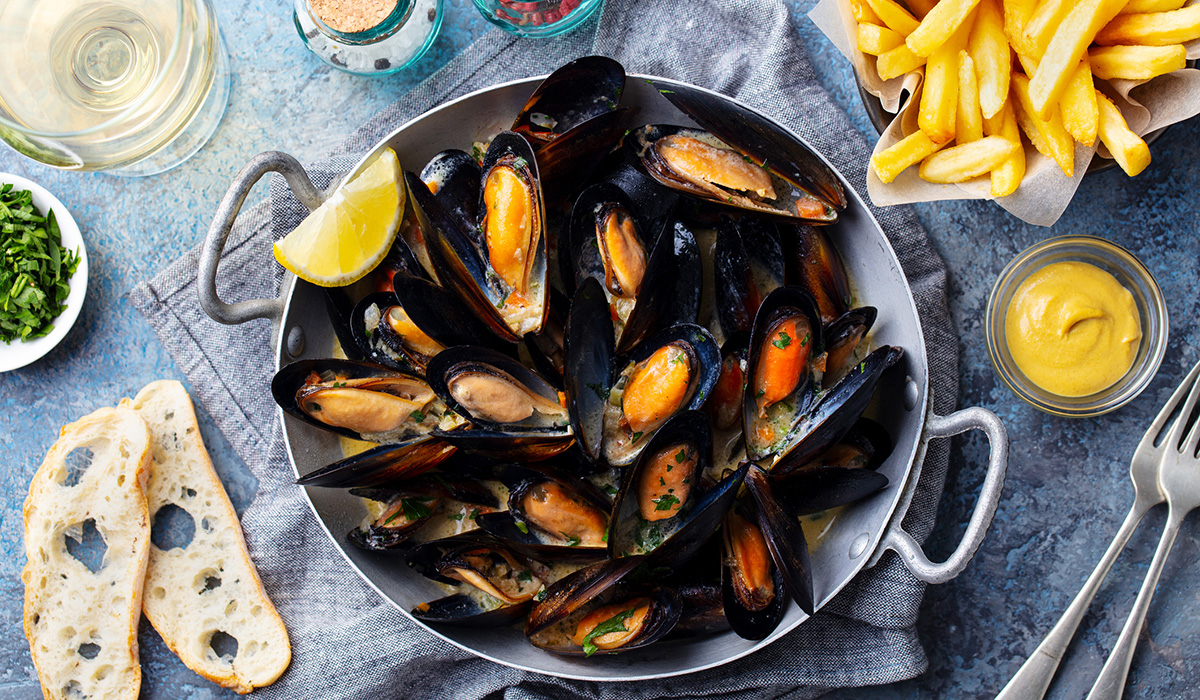 Young semillon and shellfish, such as oysters, is a classic pairing. Semillon will match to all manner of seafood, and also complement the light spice and citrus of many Asian dishes. James’s tip for a fresh Hunter semillon? It’s “smashing with fish and chips”. If you’re considering a sweet semillon, soft, full-flavoured cheeses and pates are a fantastic choice.